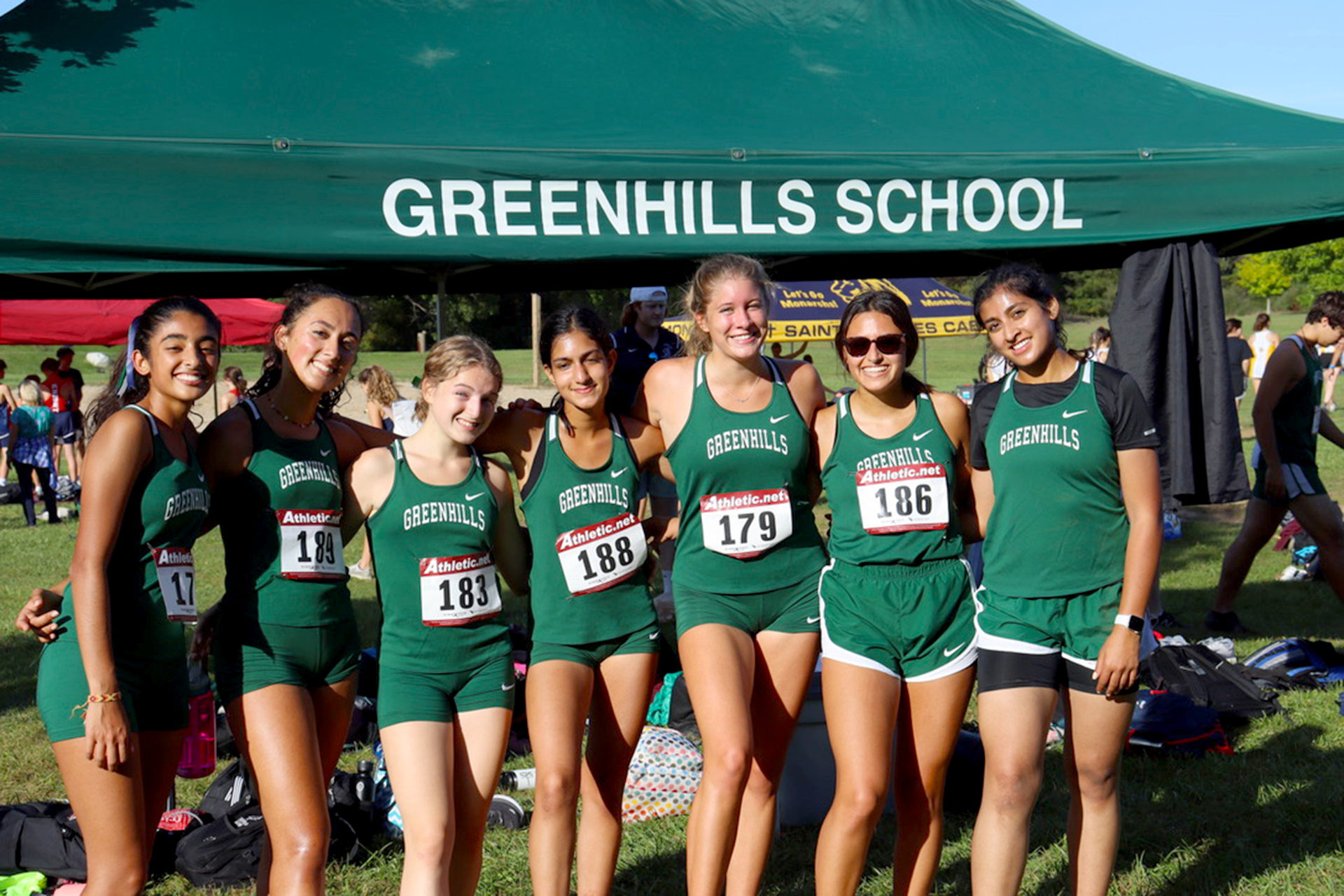 They knew it would be fast — but not quite that fast.

Hudson Mills Metropark, the site of the second Catholic League Jamboree of the Cross Country team’s season, is a fast course with few hills, solid footing, and an easy running environment. It’s already been the site of several Greenhills runners’ personal records. Before the Jamboree began, the team’s coaches expected that the race would be up-tempo. When it ended, they realized that they’d set their expectations too low. 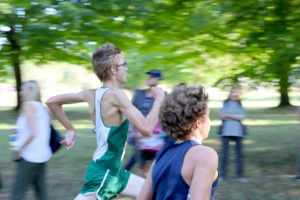 “We knew this was going to be a fast course, and the times for the varsity boys and varsity girls pretty much cemented that,” said Coach Jarrett Bussell. “We had a lot of PRs in both races; a lot of young runners really just blew us away with the times that they ran, even more so than what I expected.”

“That’s been our best race of the season so far,” said head coach Sara LeBlanc.

The team is especially young this season, which makes breakthroughs for young runners all the more important. On the boys side, sophomore Lincoln Cha is the team’s only returning varsity runner; close to half the team is running high school Cross Country for the first time. After several years of large senior classes, this season’s team relies far more on younger runners. And at Hudson Mills, those runners were the ones making some of the greatest strides.

“We had a couple of breakthroughs from some who’ve been right on the verge,” LeBlanc said. “We’ve seen it from some of the younger, newer members of the varsity team, which is really exciting.”

The team, both coaches said, had spent the week focused on race strategy. Specifically, they’d practiced starting fast: jumping ahead of the pack in the first mile, so as to not get stuck in the crowded middle of the race, and then sustaining the lead through the stamina-heavy second and third miles.

“That’s what we worked on in practice this past week,” Bussell said, “and we saw a lot of that.”

Some runners use different strategies, and Bussell, who tracks each runner’s mile time splits throughout the race, sees all of them. Sarah Robinson, for instance, a senior runner on the team, prefers to build her lead more slowly in the beginning of a race, then explode forwards in the second half.

“She really brought it in the second and third mile; she passed so many people,” Bussell said. “That was another strategy that works for her. Her third mile was just crazy.” 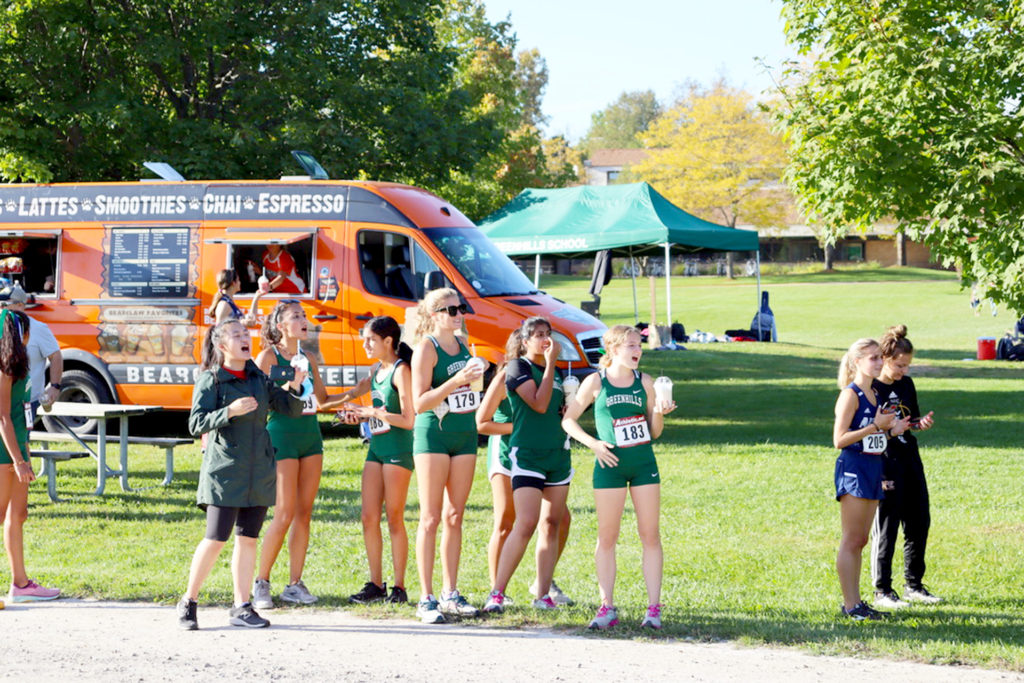 The race was a strong one for the team, but it also served another purpose: Father Gabriel Richard will host an invitational meet in two weeks on the same course, and now the team will be better prepared to run the course again. The team likes running on the Hudson Mills course: it’s fast and relatively straightforward, and it’s close enough to Greenhills that it’s almost become the Gryphons’ de facto home course.

Every year, it seems, runners manage to set personal records at Hudson Mills — and Bussell said they might not be done yet. When the team returns in three weeks for the FGR invitational meet, Bussell said, he’s hoping to find the temperature 10 to 20 degrees cooler. It will feel chilly until the races start, he says, at which point the temperature will become his runners’ best friend. 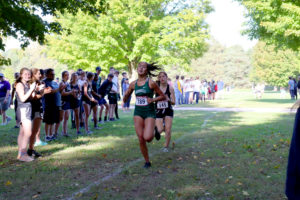 “It was a little warm today, we had some runners really feel the heat,” Bussell said. “So if you take 10, 20 degrees away from today, we’d be seeing some even faster times.”

But even in the heat, Bussell and LeBlanc liked what they saw.

“Everyone ran a great race,” Bussell said. “Great, fun races to watch. The athletes really enjoy being out here.”