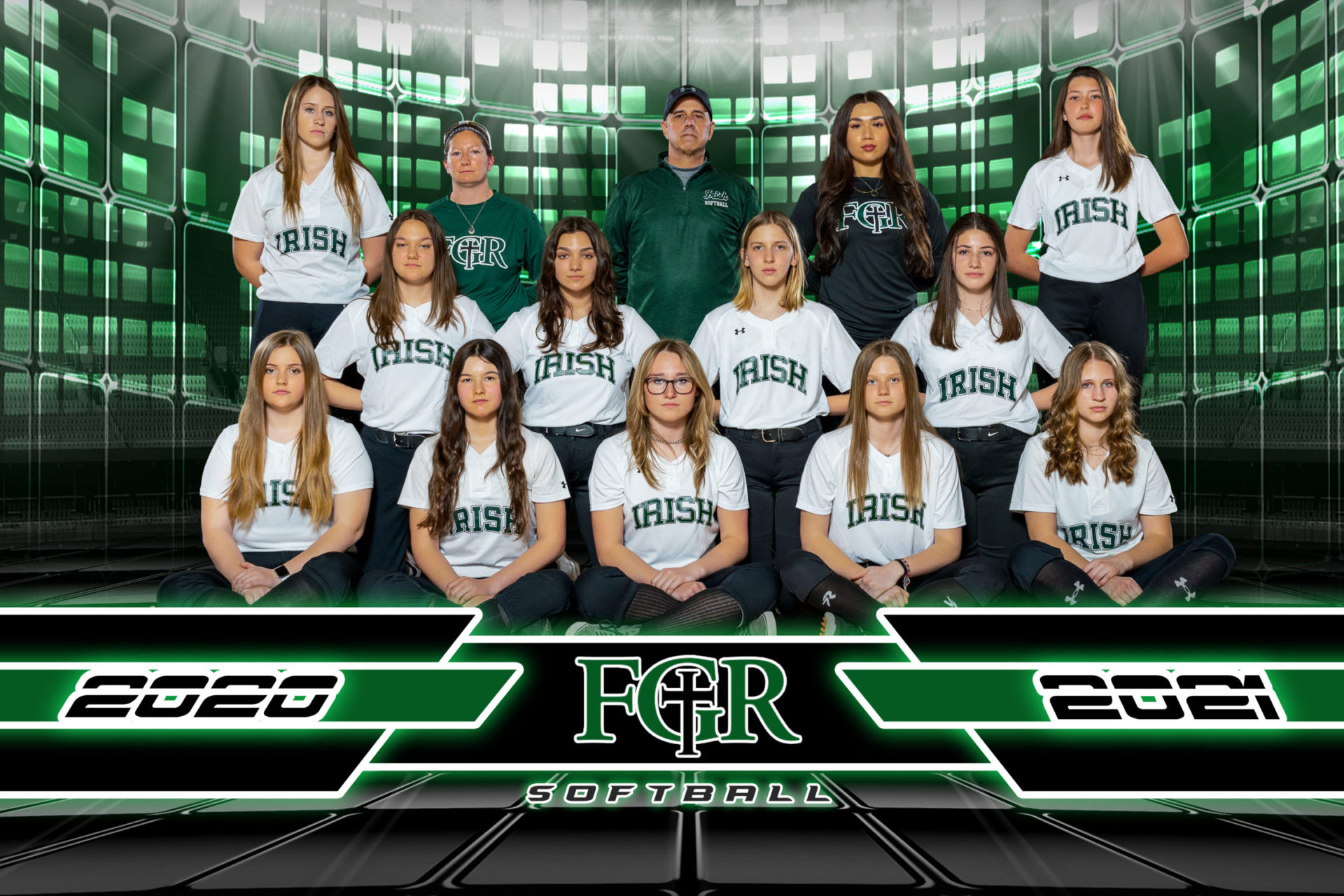 The softball team, a co-op team between Greenhills and Father Gabriel Richard, is a young team. How young? The team has 12 players total, and none are seniors. It has two juniors and two sophomores. Of the team’s eight freshmen, five have never played softball before.

“We’ve never had a dynamic like this,” said head coach Bob Zeffero.

And yet, three weeks into the team’s season, improvement was already evident. In a round robin tournament at the end of April, the team played three games, all against schools with traditionally excellent softball programs — and won two of them. Sandwiched around a midday loss to Dexter High School, the team beat Wyandotte Roosevelt High School 5-1 in the morning, then dramatically shut down a last-inning rally to beat Pioneer High School 6-4 in the afternoon. The wins, Zeffero said, were validation of the work the team has put in so far, as well as confirmation that the team is playing in a particularly tough conference, and can compete and win against non-league teams even early in its young season.

“We were happy to get outside of the Catholic League, just to see how we would fare against non-league teams,” Zeffero said. “I was pleasantly surprised that our league was as good as we thought it was.”

When Zeffero took over the head coaching duties he knew he would have some rebuilding to do: the team had just graduated eight seniors, and three of its remaining players opted not to play the following season. The team needed players, so Zeffero opened his doors and his roster to anyone interested in giving softball a shot.

“The fact that we were so open attracted a lot of the incoming freshmen to give softball a try,” he said.

Of course, with five players — nearly half his team — who have never played before, Zeffero is coaching far differently than he has in the past. He and his staff have focused on fundamentals and building good game sense. They’re trying to teach their team to understand the sometimes intangible dynamics of softball: where to play on defense, where to go with the ball, how to run the bases, whether or not to make a throw.

It didn’t take long for things to start clicking. The team began making the routine plays — the plays you have to make in order to win. The fundamentals were starting to become, well, fundamental. The team is becoming a threatening opponent, and molding into a strong group of softball players.

The team is a co-op between Greenhills and Father Gabriel Richard. Greenhills starters are junior Maddie Rodgers and sophomore Alex Hummel.

“You would never tell they’re from two separate schools,” Zeffero said. “They have welcomed each other with open arms.

Of course, the co-op team won’t last forever, and by the time it ends, Zeffero hopes he can bring out more players and build a solid foundation. For now, though, he’s focused on his current team and the current season, and he’s finally starting to see the team’s hard work paying off.

Zeffero thinks he saw the moment the team started coming together and reaching a higher level: In the third game of the tournament weekend, after a win and a loss, the team was playing Pioneer High School. The Greenhills/FGR team led 6-2 going into the seventh inning, but Pioneer scored two runs, and loaded the bases with two outs.

“That’s when I really saw their competitiveness come out,” Zeffero said.

Sure enough, FGR/Greenhills won the game not on a dramatic play, a diving catch, or a walk off home-run, but rather, on the most fundamental of plays. A Pioneer runner was called out for leaving her base early, the inning was over, and FGR/Greenhills had won.

“They started to realize that doing the little things in a close game like that is the difference between winning and losing,” Zeffero said.

That, really, is all the team can do, and all Zeffero can teach them. They’re a young, inexperienced team; other teams may have deeper lineups and harder throwers. But the Greenhills/FGR team can work harder at the intangibles. They can throw to the right base. They can run the bases perfectly. They can always shorten up with two strikes, and battle to put the ball in play with two outs. In other words, they can make the routine plays and do the little things.

The team continues to prove that they can win with smart fundamental play. On June 1, the team entered the postseason with a win against Adrian. This earned them a spot in the semifinals, and they will travel to Tecumseh to play Milan on Saturday, June 5 at 10:00am.