It was early in the first set against Austin Catholic High School when senior Anna Zell, one of six seniors on the volleyball team, took the ball to serve for Greenhills. But by the time Zell relinquished the ball, the match was more or less over.

Propelled by a dominant serving run from Zell, who won nine straight points — including four aces — the Gryphons pulled away and never looked back. The team came away with a straight-sets win that was never in doubt, 25-6, 25-10, 25-7. After taking their first loss of the season in a five-set battle earlier in the week against Gabriel Richard High School, this win ensured the Gryphons remained atop their conference and solidified their reputation as a top-tier competitor.

“A game like tonight, I’m happy,” said Volleyball Head Coach Tiffany Willard. “There was a lot of bench support, energy, and enthusiasm. Getting your team ready to play all the time and bringing that energy and enthusiasm helps, especially with volleyball.”

Coming off that tough five-set loss earlier in the week, Willard had emphasized the importance of mental endurance. It’s easy to start a match with energy and enthusiasm, she stressed, but it’s a lot harder to keep the intensity up in the middle of the fifth set, when the team’s energy is depleted and voices lost but the ball keeps on coming. So Willard challenged her team: come out strong, then stay strong for as long as the match lasts.

Against Austin Catholic, the team certainly delivered. The first set was dominant — but so were the second and the third. 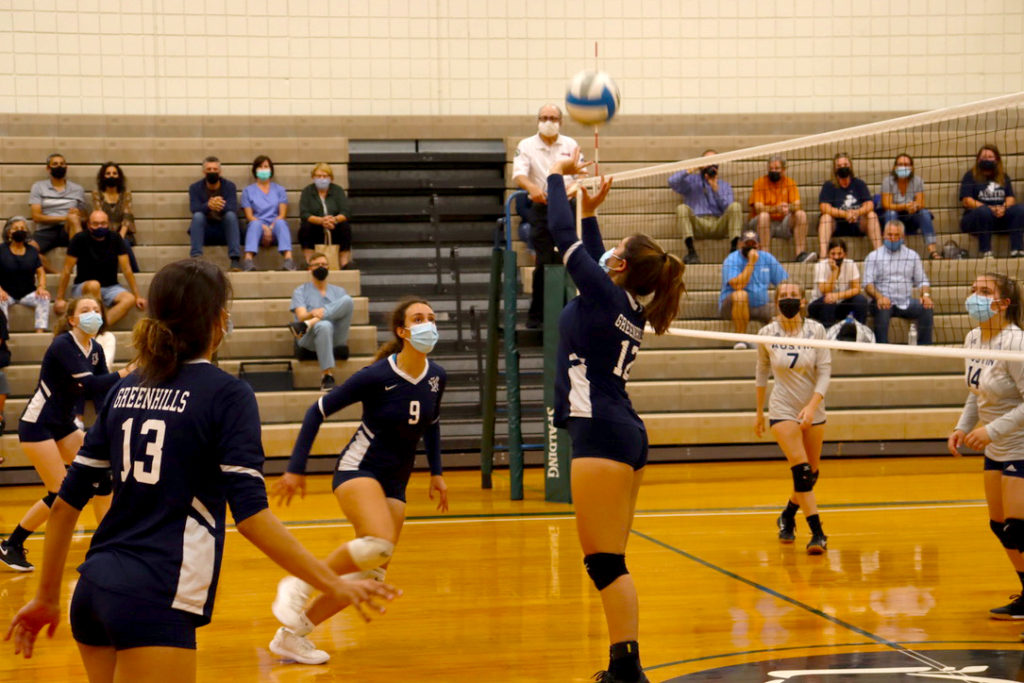 “We determine our destiny and our discipline,” Willard said. “We need to make sure that we’re stepping on the court and playing all the time. And they did that. They rose to the occasion.”

In addition to Zell’s service run, another performance that stood out to Willard came from sophomore Amanda Chen, who saw some of her first action as a varsity player. Chen had five assists, as well as one crucial, perfectly-executed set. Chen is one of only three players on the team in ninth or tenth grade.

“That was definitely a confidence-builder,” Willard said. “It really put her in a good light with the team.”

Indeed, the entire game was a confidence-builder: after Greenhills took an early commanding lead, Willard began changing her lineup, finding playing time for as many bench players as possible.

“We played a lot with the bench,” Willard said, “so we got a lot of confidence.” 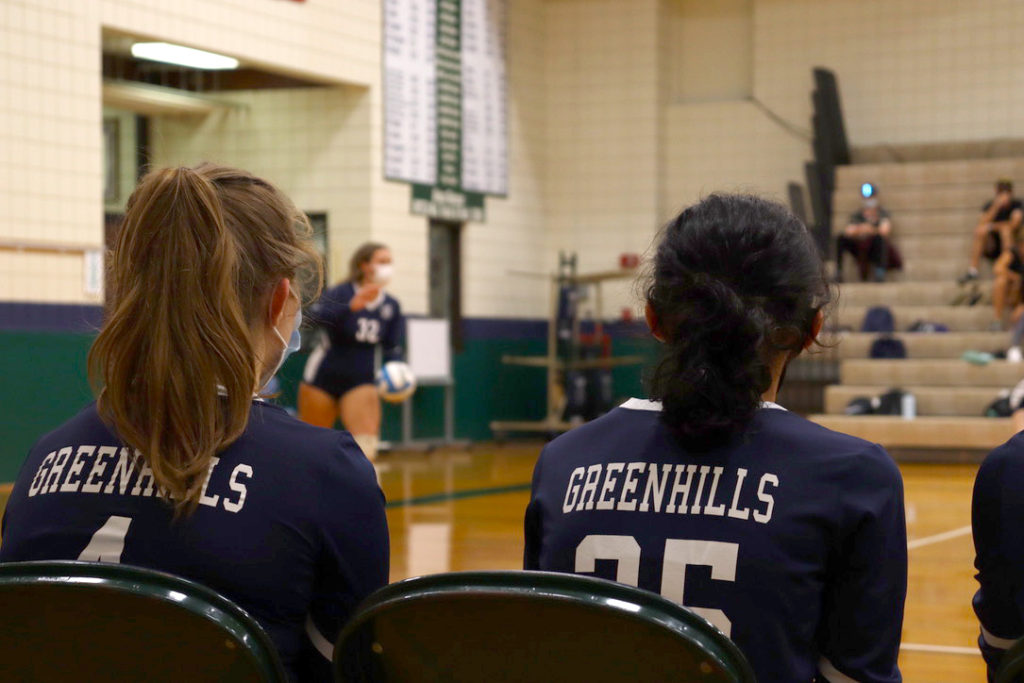 Along with confidence comes improved communication, which is key in volleyball. As Willard pointed out, lineups rotate so much that at any time a player could play a position next to someone they’ve barely worked with before. The only cures for that lack of familiarity are confidence and communication.

“In volleyball, that’s the biggest key,” Willard said. “Communication always helps, and especially playing through the masks and the fans” — she gestured to the spectators — “and the fan” — she pointed to the fan loudly blowing air in from outside for increased ventilation — “they need to be able to communicate. We’re big on that in practice, and it’s nice that we’re seeing it consistently.”

Overall, there’s only so much Willard can say; there are only so many ways to describe a dominant, full-team win. The team had a surplus of energy and excitement. They communicated well. They kept up the intensity. The bench stayed involved and passionate. And on the court, they dominated. They’re not going to take their feet off the gas pedal, of course, but the team is also already in a good spot.

“Overall, we’re on the top of the conference, so we’re sitting really good,” Willard said. “I like the way the team is progressing.” 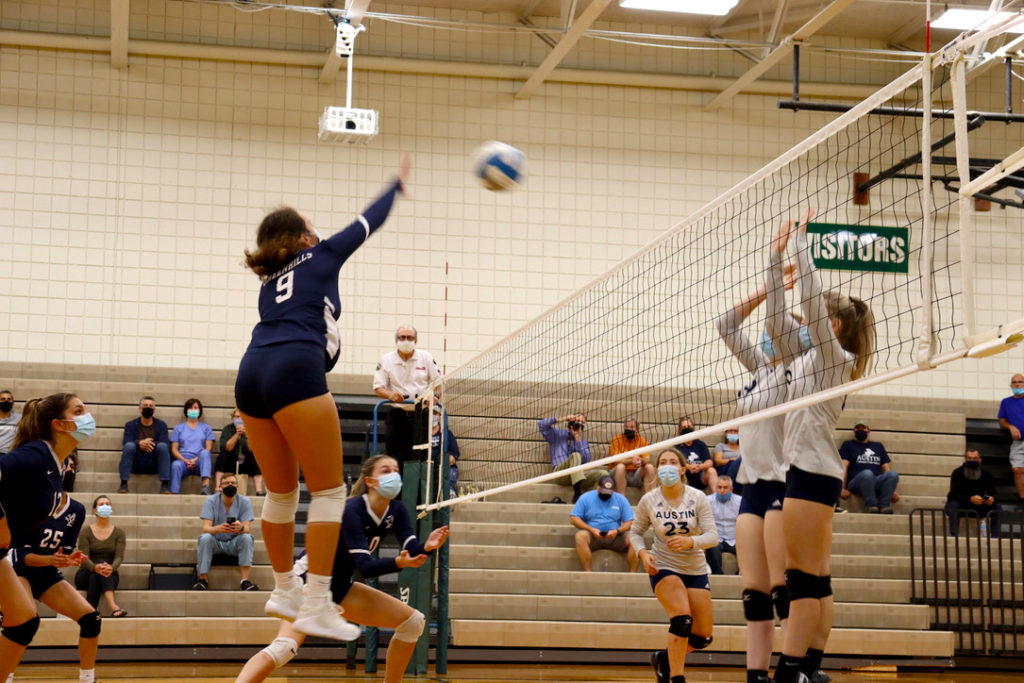