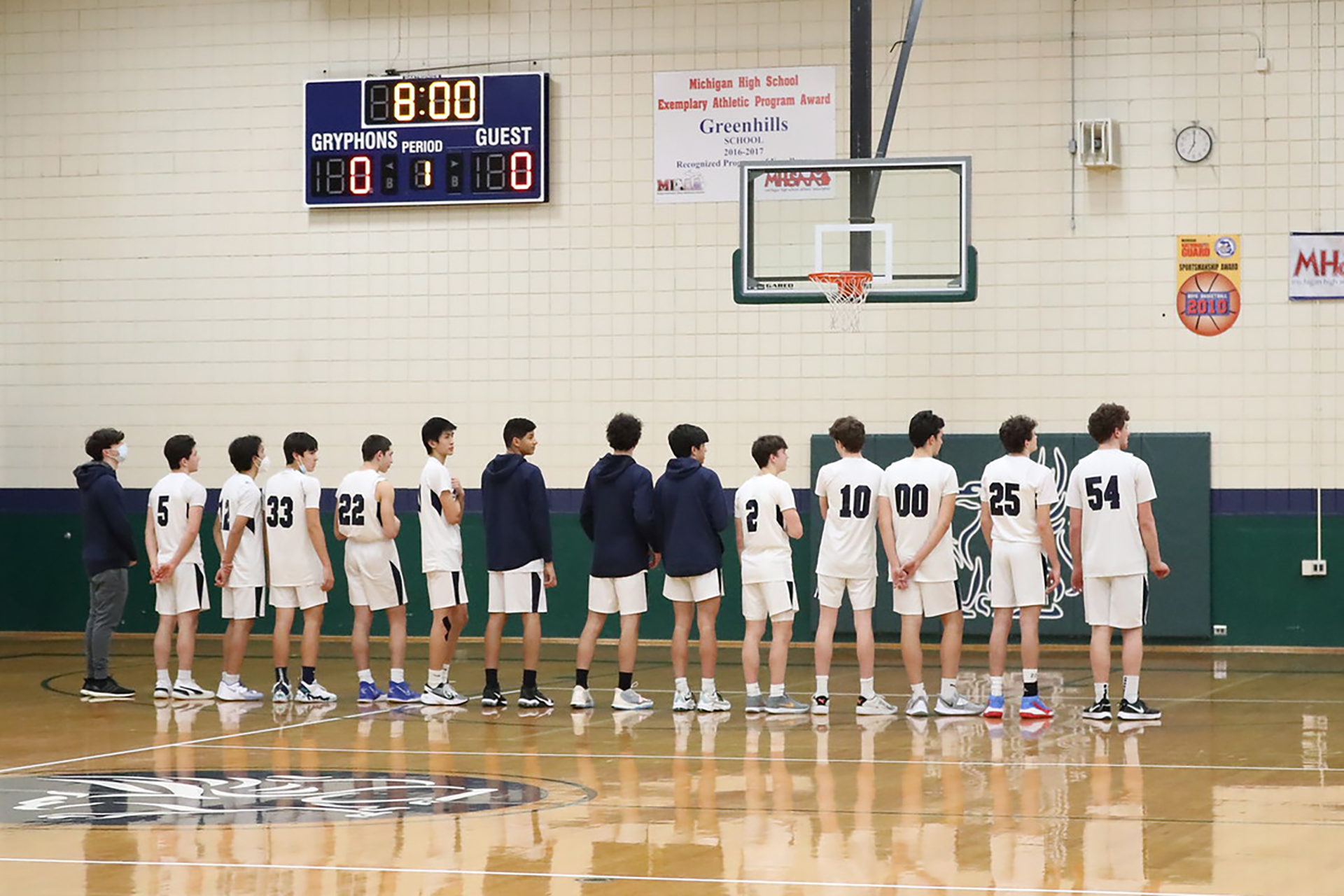 Sometimes, the small things make all the difference.

So it was in Tuesday night’s boys basketball matchup against Plymouth Christian Academy (PCA), the team’s last home game of the season and the second-to-last regular season game before the playoffs. It was also senior night, and the last home game ever for the team’s four seniors. It’s always special to win on senior night, and that’s exactly what the team hoped to do — but at the start, it wasn’t a sure thing. 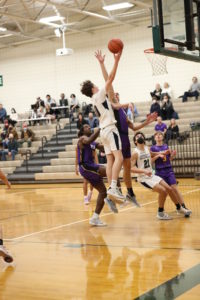 PCA’s zone defense was working. The Gryphons’ offense was out of sync, throwing up forced, hurried shots and missing several in a row. But then Trevor Finnegan ’22 stepped up, and with something small and ordinary, but something that’s become a rarity in modern basketball, pulled the offense together.

On several possessions within a short, few-minute span, Finnegan took a handoff from a teammate, rolled over a screen, and took a jump shot from near the foul line, a shot that PCA’s defense was giving up, daring him to miss. But he didn’t. Finnegan sank almost every midrange shot he took, scoring key points and forcing PCA’s defense to make changes that helped the Gryphons power forward. Finnegan scored 20 points, leading the Gryphons along with Finn Klein ’22, who also scored 20. Greenhills pulled away in the second half, cruising to a 69-58 win.

“Trevor hitting those midrange jump shots at the beginning — in this day and age that’s the toughest shot in basketball, and he hit four or five of them,” said head coach Andrew Wright. “All of them were critical moments, when their zone started to work against us, and we missed a couple of threes. Then Trevor would come into the midrange there and hit a jumper, and all of a sudden our offense would get going again.” 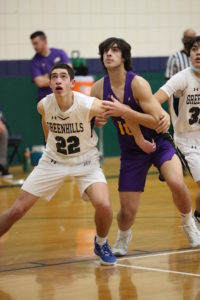 The team’s four seniors — Klein, Finnegan, Ryder Fried ’22, and Luca Bichakjian ’22 — took the court to start the game. Bichakjian made his mark from the start, maneuvering around a block to make a key shot barely a minute into the first quarter. Fried, meanwhile, anchored the Gryphons with the tough defense and canny ball-handling that have come to define his game this season.

PCA was the bigger team, so the Gryphons had to lean on a combination of factors to maintain their lead: toughness, strategy, and guile. Alex Ye ‘24 and J.D. Hatch ’24 pulled down one rebound after another, outworking taller players to keep the ball in Gryphon hands. Klein, meanwhile, brought the crowd to its feet multiple times with no-look passes to teammates open under the basket, leading to easy layups and keeping the Gryphons energy flowing on offense.

“Finn had a great game,” Wright said. “But that’s not out of the ordinary for him.”

The seniors started the game, and to end it, they left the floor one at a time, each to ovations from the crowd. Between the start and the end, meanwhile, their hard work and senior leadership powered the Gryphons to victory.

“It just shows you how much their mentality helps,” Wright said. “They got steals tonight, they made the smart plays, they made the passes, they saw the floor.” 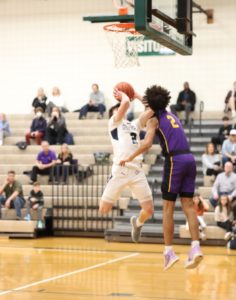 It’s been a long season, but heading into the playoffs, the hard work can’t stop.