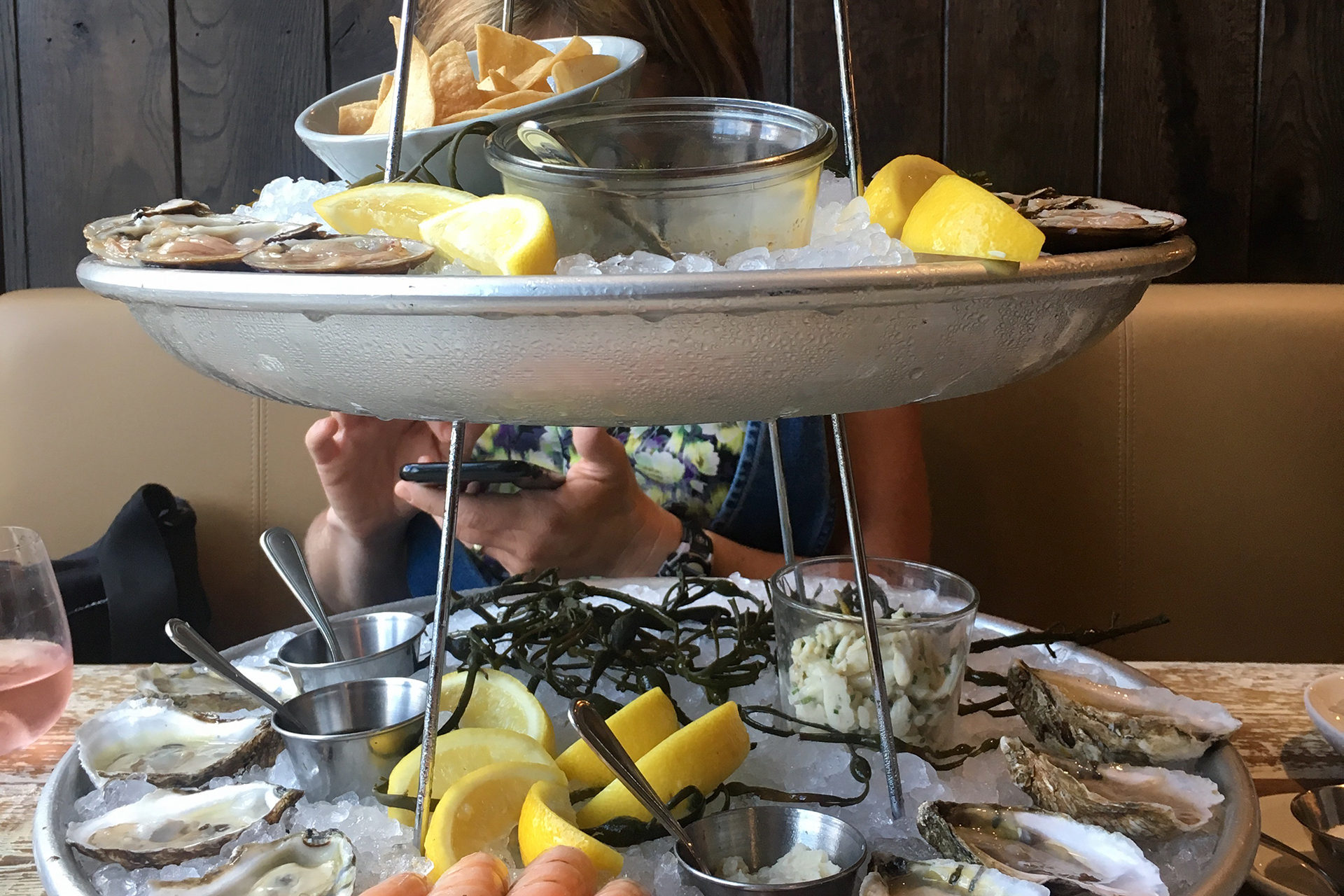 Hanna Raskin ’94  offers a standard piece of advice  to young writers trying to make their way into food journalism.

“Go get a job as a restaurant server,” she said. “There’s no better way to learn how to describe food and to talk to people about it than to have your paycheck be contingent upon it.”

If that’s true, and a career as a food journalist begins with time spent working as a restaurant server, then Raskin’s path into food journalism began at Alpha Koney Island in Ann Arbor the summer after her senior year at Greenhills, and continued later on at Seva, on Liberty. Or maybe it began even earlier, when Raskin was exposed to her first food writing: early Zingerman’s catalogues.

“I was really lucky to have that example of food writing in my life,” she said.

Wherever Raskin’s path began, she’s now followed it to impressive new heights. This past summer, after eight years as the food editor and chief critic at the Charleston Post and Courier, Raskin won a grant from Substack Local to launch and run The Food Section, a publication covering food and food culture across the American south. Raskin was one of only 12 winners selected by the $1 million global initiative. Launched Sept. 15 , The Food Section already has more than 1,000 subscribers, who three times a week are treated to deliciously wide-ranging food reporting.

Among many other pieces, Raskin has already told the story of a Mexican restaurant that suddenly became an Indian restaurant, reported on a beer bar encroaching on a Gullah community on James Island in South Carolina, and interviewed Joseph Ewoodzie, author of “Getting Something to Eat in Jackson,” in a piece called “What fried catfish reveals about race and class.” She publishes a weekly roundup of southern food news, and has also continued writing food reviews, most recently of The Continental in Nashville.

“Food is so important in the south,” she said. “It’s really not just a conversation starter. It’s the conversation.” 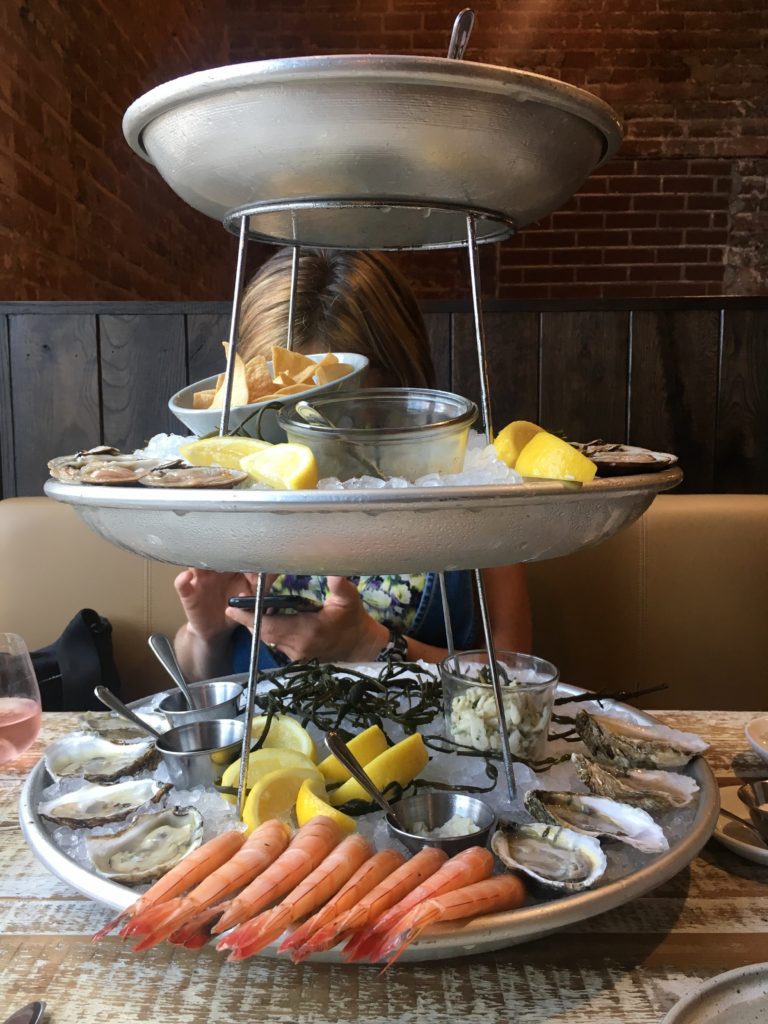 That’s what motivated the slogan for The Food Section. “Covering food and drink across the American South as though it mattered as much as crime and politics (because it does),” it reads.

Raskin’s sense of fairness and integrity, in addition to pushing her to better her field, has also made her a better journalist.

“One of the things that’s been most helpful to me in my career — that’s helped me stand out in the realm of food writing — is that people tend to feel like I’m fair and that I approach it with integrity,” she said. “And those are things I definitely associate with Greenhills.”

Fairness, integrity, and hard work were part of Raskin’s Greenhills experience from the start. One of the activities on which she spent the most time was Global Citizenship, an offshoot of a University of Michigan Community Service program. Eventually, Raskin and several of her peers seized the initiative to expand the program even further, and lobbied Greenhills to implement a community service requirement to graduate.

She also remembers taking English teacher Lorne Forstner’s classes in both 10th and 12th grades, and being fundamentally impacted by them.

“I basically learned to read and write in Mr. Forstner’s class,” she said. “That was incredibly important to me in terms of critical thinking. The whole idea of Forstner’s courses was to introduce you to intellectual curiosity, and I’ve carried that with me since. So I’m really indebted to both Greenhills and Mr. Forstner for those lessons.”

Forstner later wrote Raskin’s senior will, a former Greenhills tradition. He willed her tact — her lack thereof, she says, probably had something to do with readers’ outrage when she wrote sometimes painfully honest reviews in Charleston.

When she left college, Raskin already knew she wanted to be a journalist. She found an entry-level reporting job in Mississippi, then worked at a daily paper in Tucson. After a while, though, she decided that she wanted to tell stories over more than a single day. So she went back to school for a dual masters in Museum Studies and American History. Working in a museum, she quickly realized, wasn’t for her.

“Especially after you come from daily journalism,” she said, “it’s incredibly slow.”

But Raskin had found something else that she enjoyed: exploring the deeper stories of food. For her master’s thesis in American history, she studied the relationship between American Jews and Chinese food. It turned out, she found, that Jewish immigration to the United States had been especially concentrated in New York. Not only that, it had been especially concentrated in a small neighborhood on the Lower East Side — a neighborhood that happened to be right next to New York’s Chinatown. Exploring the question, and the deep, multi-layered answers that hid beneath the food, convinced her that food journalism held promise. It could be more than giving readers advice on cooking the perfect pork chop or ranking the ten best pizza places in the city: food journalism could start with food, but then branch off to address important issues. A few years after leaving graduate school, she found a job with an alt-weekly in North Carolina as a food writer. She had found her way into the industry, and the rest was history.

The importance of food writing was driven home once again before and during the COVID pandemic. In South Carolina, there was a lot going on. There was the state’s crucial Democratic primary. There were confederate monuments coming down. There was the state’s COVID situation, which at some points was one of the worst in the nation. But Raskin kept hustling, chasing the food stories that readers still wanted.

“Despite all of that, my food coverage at the paper was read more than any of that stuff,” she said. Food, she realized, was more than just fuel: it was also a starting point for conversations that otherwise might never happen. So food journalists needed to seize the opportunity: once they drew people in with food coverage, they could address complex issues all through the lens of food.

“That’s what really made clear to me that food was the prism through which people want to talk about some of these really tough issues,” she said. “So it’s kind of a wasted opportunity to back off and talk about how dense your pound cake is.”

This, Raskin says, is the crucial, difficult balance that food journalists must strike, and that she’s aiming for at The Food Section. Food writers need to go beyond banal observations about how things taste, but they can’t stray too far, otherwise they won’t be food writers at all. Food can merely be a jumping-off point for explorations of enormous societal issues, but readers still also deserve to know how the food tasted.

“Food is just a way in, for the most part,” Raskin said, “but that doesn’t mean I want a burnt biscuit. The food has to be good in order for that conversation to start.”