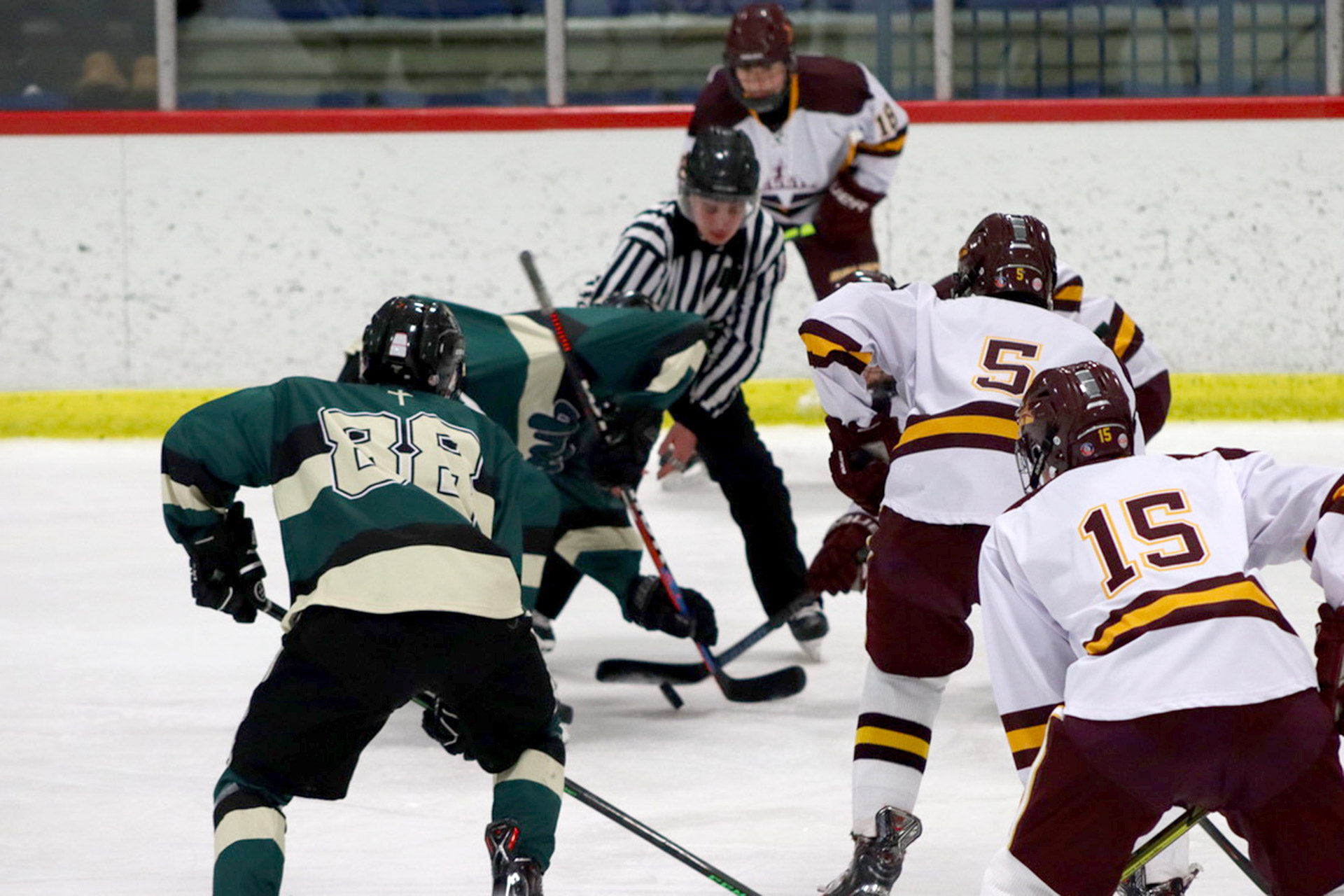 Seconds after the start of the hockey team’s Senior Night matchup against Dexter, the Dreadnaughts took possession of the puck, skated ahead into the Greenhills/Father Gabriel Richard (FGR) zone, and fired a shot that missed the net. Greenhills/FGR recovered the loose puck and cleared it, moving ahead into their offensive zone, and that was that.

That was the closest Dexter came all night to taking the lead.

Greenhills/FGR opened the scoring two minutes into the first period and never let up, scoring six goals in the first period and four more in the second to beat Dexter 10-1 and move to 13-5 on the season. In front of a home crowd at the Ann Arbor Ice Cube, the team took command of the rink, securing a much-needed home win as they search for momentum in the lead-up to the playoffs.

“Since the New Year, we were 2-3 here at home, so we wanted to get one under our belt at home,” said head coach Clint Robert. “The playoffs start in two weeks, so we really needed to get into a groove.”

Get in a groove they did — and fittingly enough, on Senior Night, the seniors took center stage.

Captain Jack Waldo of FGR scored five goals, in the process becoming the all-time point leader in Greenhills/FGR hockey history with 167 and counting. Waldo joined the team as a sophomore, and his junior season was cut in half due to COVID, so he has managed the impressive feat in two and a half seasons, with several games left this year for him to pad his record. 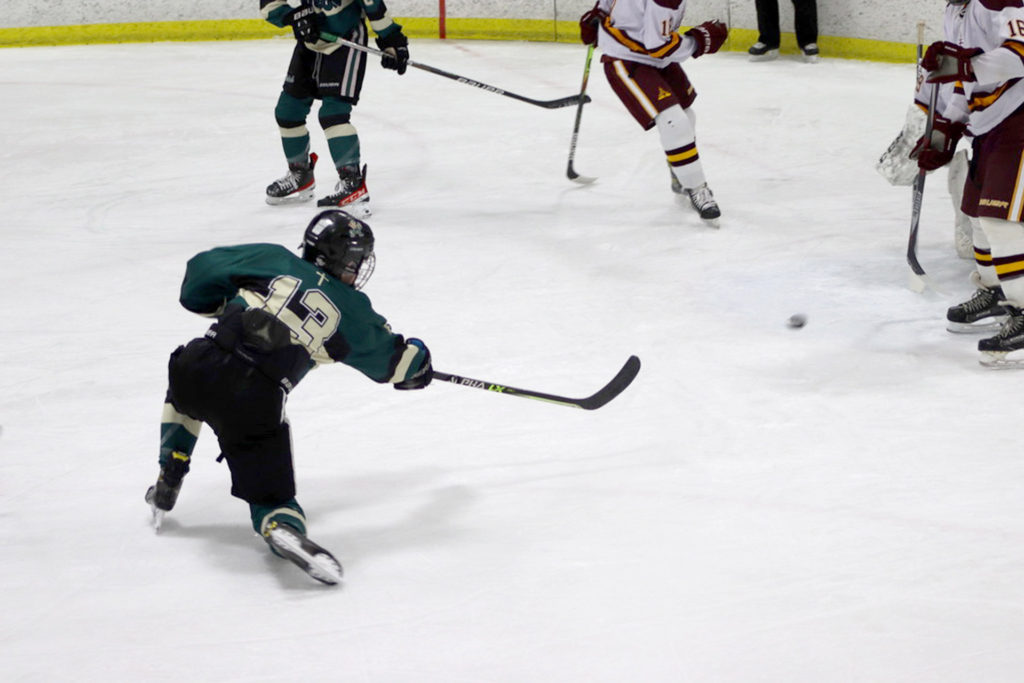 Beau Brewer, meanwhile, a Gryphon and the team’s other captain, didn’t score, but anchored the team on defense and helped facilitate the offensive attack, frequently declining shooting chances to make a pass and search for a better one. Brewer isn’t averse to shooting — in the second period, he snapped his stick in half taking a ferocious slap shot — but over four years as a varsity player, he’s made his mark as an excellent passer. In the blowout win, he recorded the 50th assist of his career. 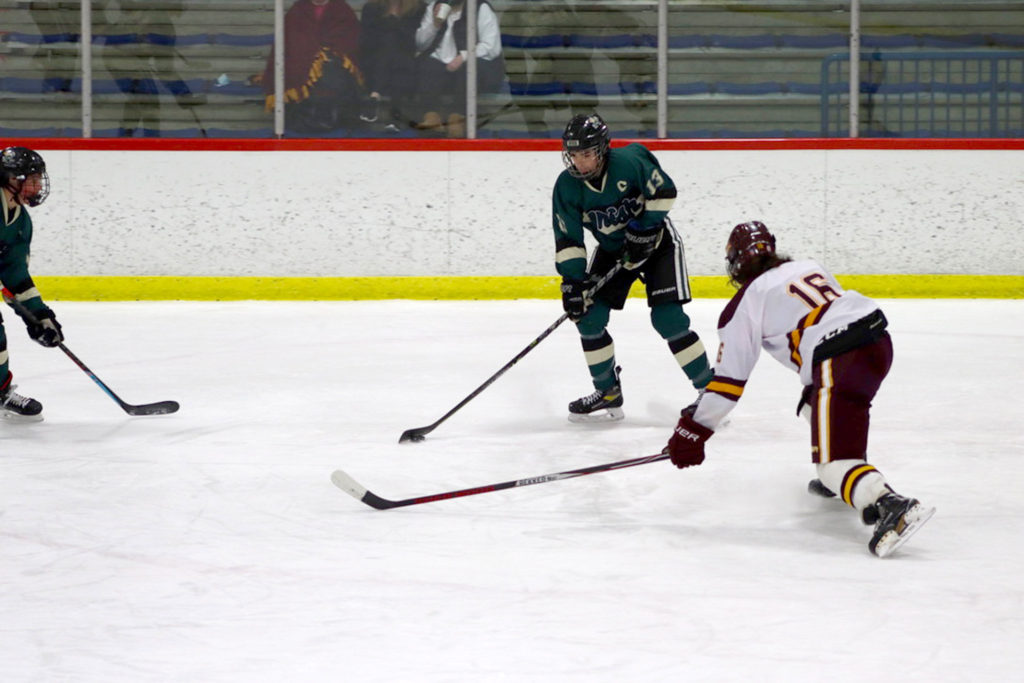 After Greenhills/FGR jumped out to an early lead, Robert took advantage of the opportunity to find ice time for his lesser-utilized players. Hockey tires out your legs — even professional players don’t usually play shifts longer than a minute at a time — and come the playoffs, a deep bench will be more important than ever.

The playoffs start in two weeks, and Robert is taking nothing for granted. He’s mindful of how much the little things can matter in hockey: last season, the team lost its regional playoff game 6-5 in overtime. Even this year, two of the team’s losses have come down to tie games in the final minutes, and could certainly have gone either way. Star players make the headlines, but in the third period, when both teams are exhausted and no one is skating nearly as hard as they were in the first, games can certainly come down to which team has a stronger bench.

“We had an opportunity for everybody to get out and get a little bit of ice time,” Robert said. “Their feet were moving, they were doing what we asked of them in the defensive zone. I was happy with everyone’s play.” 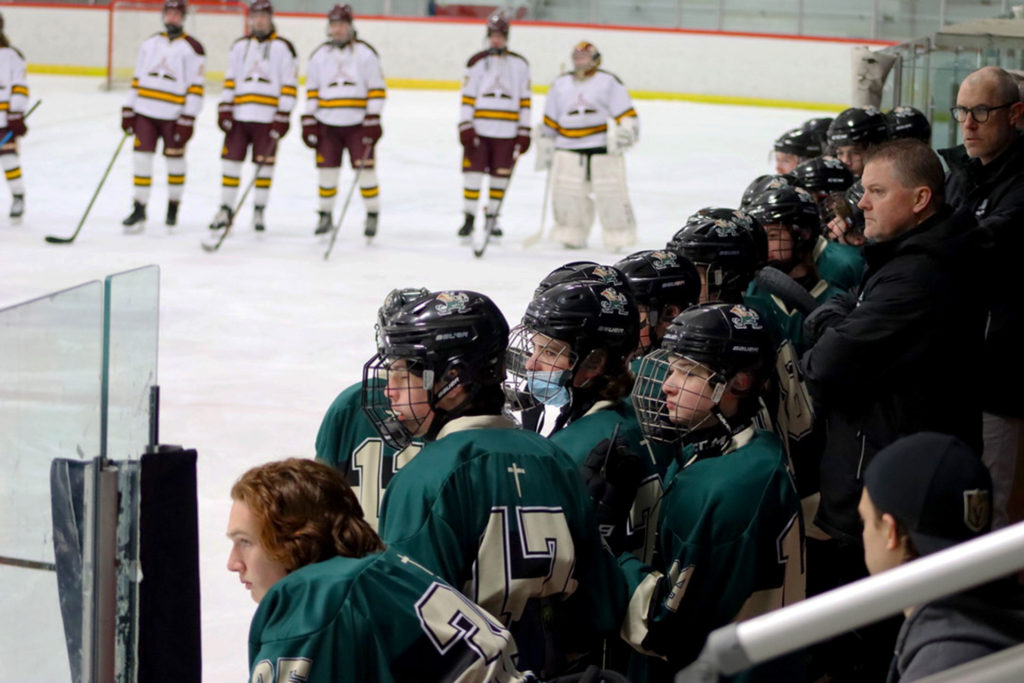 Robert emphasizes hard work in the defensive zone as one pillar of the team’s success. The other, he says, is coming out strong: not starting games slow and uncertain, but taking the ice warmed-up and confident. Defense plus strong starts. You can’t beat that.

“Those are the biggest things,” Robert said. “If we can do that, then we’ve got a shot in any game we play.”

There’s no rest in hockey: the team still has six games left in the regular season, ending February 19th, and then the playoffs. Indeed, even immediately after a 10-1 senior night win, Robert was already looking ahead to the next game — and for good reason.

“We’re right back at it in less than 24 hours,” he said. “We can enjoy this for a little while on Senior Night, it was nice for our seniors, then get home, get to bed, and get ready for tomorrow.”

Sure enough, at 1:30, the next day, the puck dropped on Greenhills/FGR’s next game against Gibraltar Carlson. The team came out strong and worked hard in the defensive zone, and walked away with a 5-2 win. They moved to 14-5 on the season and built yet more momentum before the playoffs. And Brewer’s pursuit of 100 career points is still going strong. In the win over Carlson, he scored a hat trick. 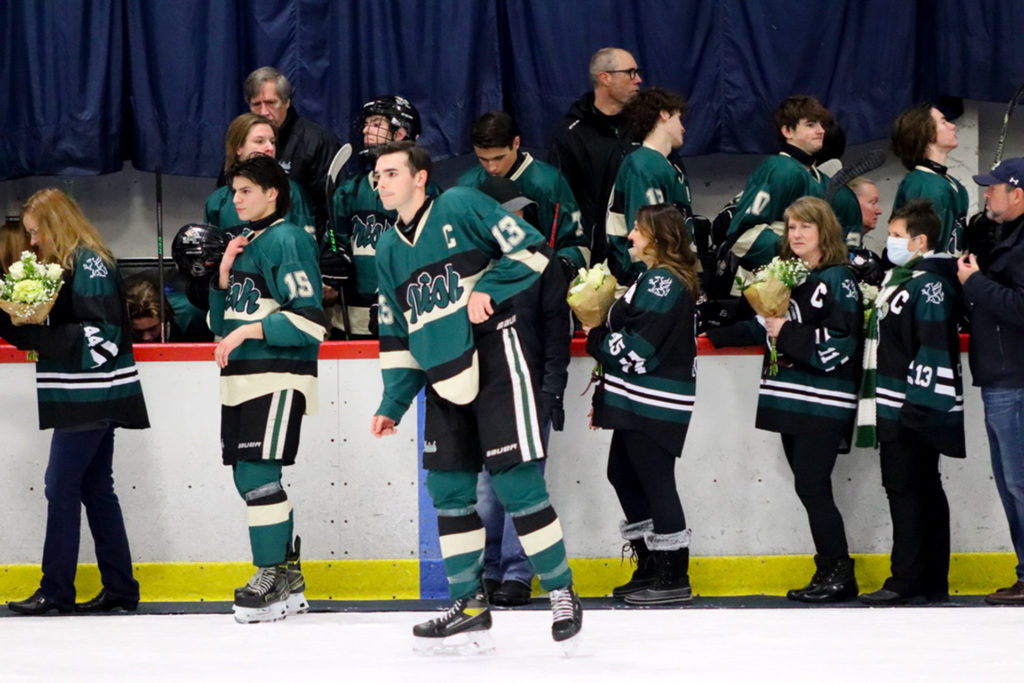