Jennifer Yorke ’91 has worked as an artist all over the country and the world. She’s worked in Italy, France, England, Vermont, Texas, Wyoming, Georgia, and Chicago. She earned a Bachelor of Arts in Studio Art from Carleton College in Minnesota, and an MFA from the School of the Art Institute in Chicago. Her work is held in over a dozen public collections, from Australia to Atlanta to China to California to New York. She has taught printmaking, bookbinding, and photography, and worked with graduate students at prestigious institutions.

But despite all she’s accomplished in studio art, Yorke traces her growth and development as an artist to someplace else. 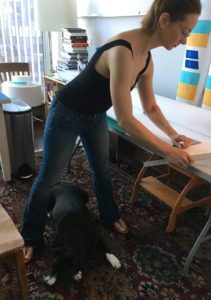 “The kind of artist I am” is almost an oxymoron, because Yorke is several kinds of artists at once. Her first artistic experience came at Greenhills as a photographer under the tutelage of Maria Trapani. In college, she began studying studio art, focusing on printmaking; she continued her study of printmaking in graduate school. Now, though, she works mainly in drawing and collage.

That’s a lot of different artistic techniques and forms to master, but for Yorke, every new type of project she’s taken on has been a sensible step from one medium to another. It started with the move from photography to printmaking.

“My first medium was photography,” she said. “The transition from photography to printmaking as a way of thinking is fairly direct, given the emergence of digital image processing software. Something like Photoshop occupies the space between photography and printmaking. That transition was quite natural.”

Later, as she moved into collage and began working in yet another new form, Yorke saw another natural transition.

“Mentally, working with collage is pretty similar to making a composite image of some kind in Photoshop,” she said. “It’s just a more direct way of doing it. Having spent lots and lots of time selecting things pixel by pixel…after a while, you just would really rather pick up a pair of scissors.”

Interestingly, though, while Yorke has worked in many different forms and materials in her career as an artist, one thing that has barely changed at all is the argument of her work. From the first time she picked up a camera at Greenhills, Yorke has aimed to capture an essential human uncertainty: the tension between living in a real, physical body and projecting an idealized image of oneself out into the world.

“The thematic focus of my work has been the same since I was in high school,” Yorke said. “It’s just been embodied in a number of different ways.”

Recently, for instance, Yorke has produced “Et In Arcadia Ego,” an installation at Allegheny College using wall drawing and found materials to reckon with the subject of garbage and death in idyllic land; “We Make Our Own Monsters,” a wall drawing installation highlighting the relationship between plastic waste and changes in ocean life; “Bombshell,” an installation that surrounds the viewer with enlarged silk prints of blonde hair as a symbol of both feminine allure and conformity; and “A String of Pearls,” a group of screen prints of pearls that appear smooth and luminous from afar, but break down into dots when approached, symbolizing that the object of our desire is always just out of reach.

The level of symbolism and meaning that goes into Yorke’s projects is impressive — and she remembers exactly where it comes from.

“My studio work and the way that I approach it is very similar to the kind of ‘close reading’ that we did in my English classes at Greenhills,” Yorke said. 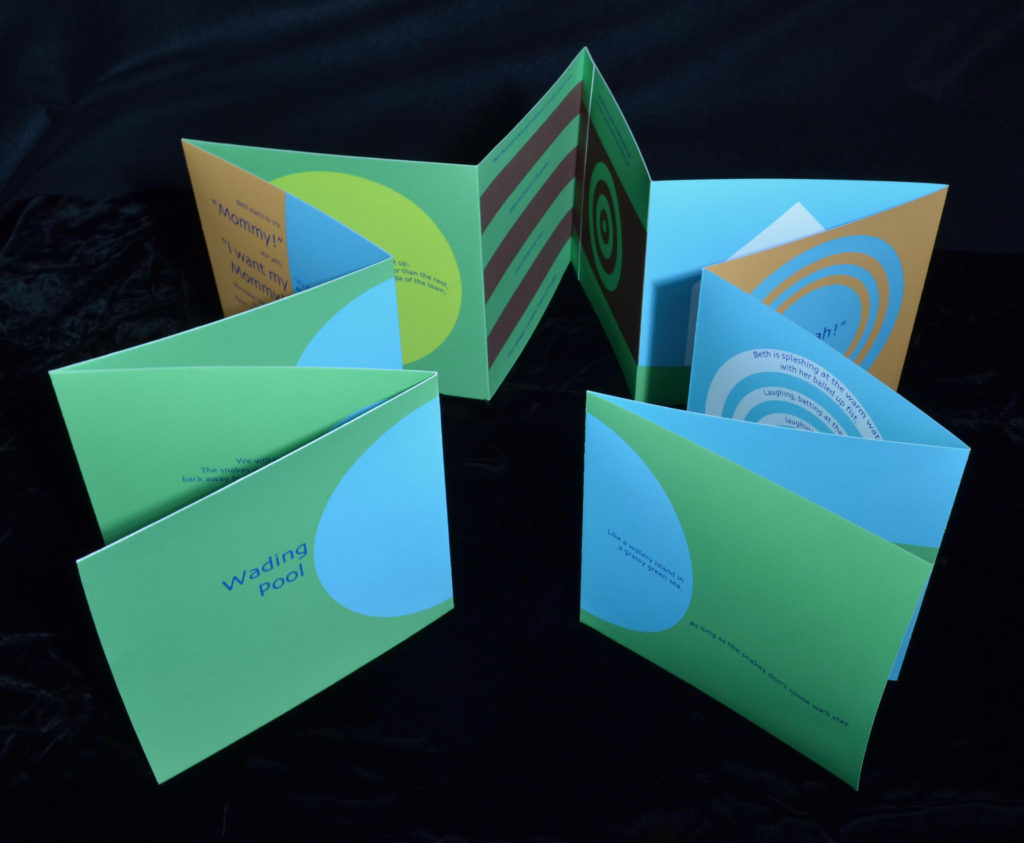 At Greenhills, Yorke was also a member of the policy debate team. Unlike Lincoln/Douglas debating, which is based on rhetorical skills, policy debate is based entirely on logic and arguments. On the surface, it might seem a strange choice for a future studio artist — but look deeper, and it’s the perfect form for Yorke’s approach as a critical thinker.

“I do think about things that I make in my studio as constructing arguments, in a lot of ways,” she said. “So I suppose that my experience as a debater in high school might have had something to do with that.” 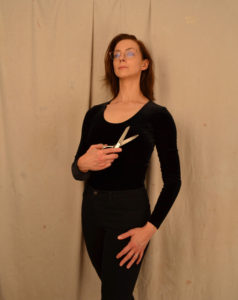 Right now, Yorke is working on her newest project. True to form, she’s working in another new medium, and the project is unlike anything she’s done before — but it gets at the same themes she’s pursued for her entire career. The new project — there’s no better way to describe it — is drawings of “malevolent-looking personifications of vainglorious pastries.”

As far as where the idea came from, “the subconscious is a mysterious thing,” Yorke said. It’s a strange project, but an exciting one, and Yorke is plowing ahead with it.

“The tension between self-presentation and the messier experience of living in a body,” Yorke said. “How better to express that than oozy smiling pastries?”