Running Into the Night: Races outrun the scorching sun, as the track meet extends more than ten hours 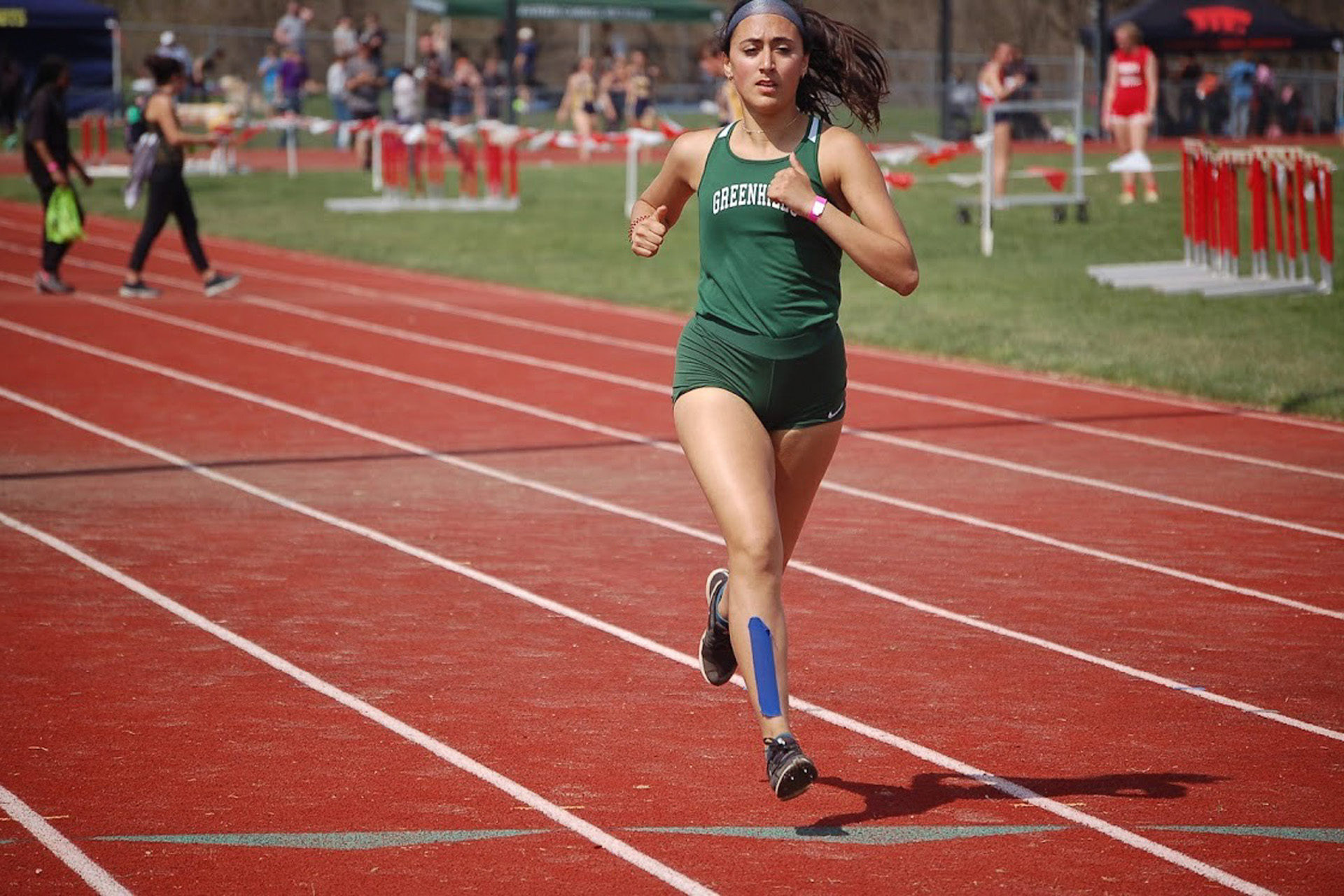 Written by Caleb Lee ‘23, for The Alcove student newspaper.

With the full rays of the sun beating down on the tracks of Whitmore Lake High School, the Greenhills varsity track and field team joined 23 other schools at the Whitmore Lake Invitational on April 23. The sun and the heat came back just in time to sunburn the runners as soon as they took their steps out of their tent, onto the track’s hard rubber. But the runners were out on the field longer than the sun. 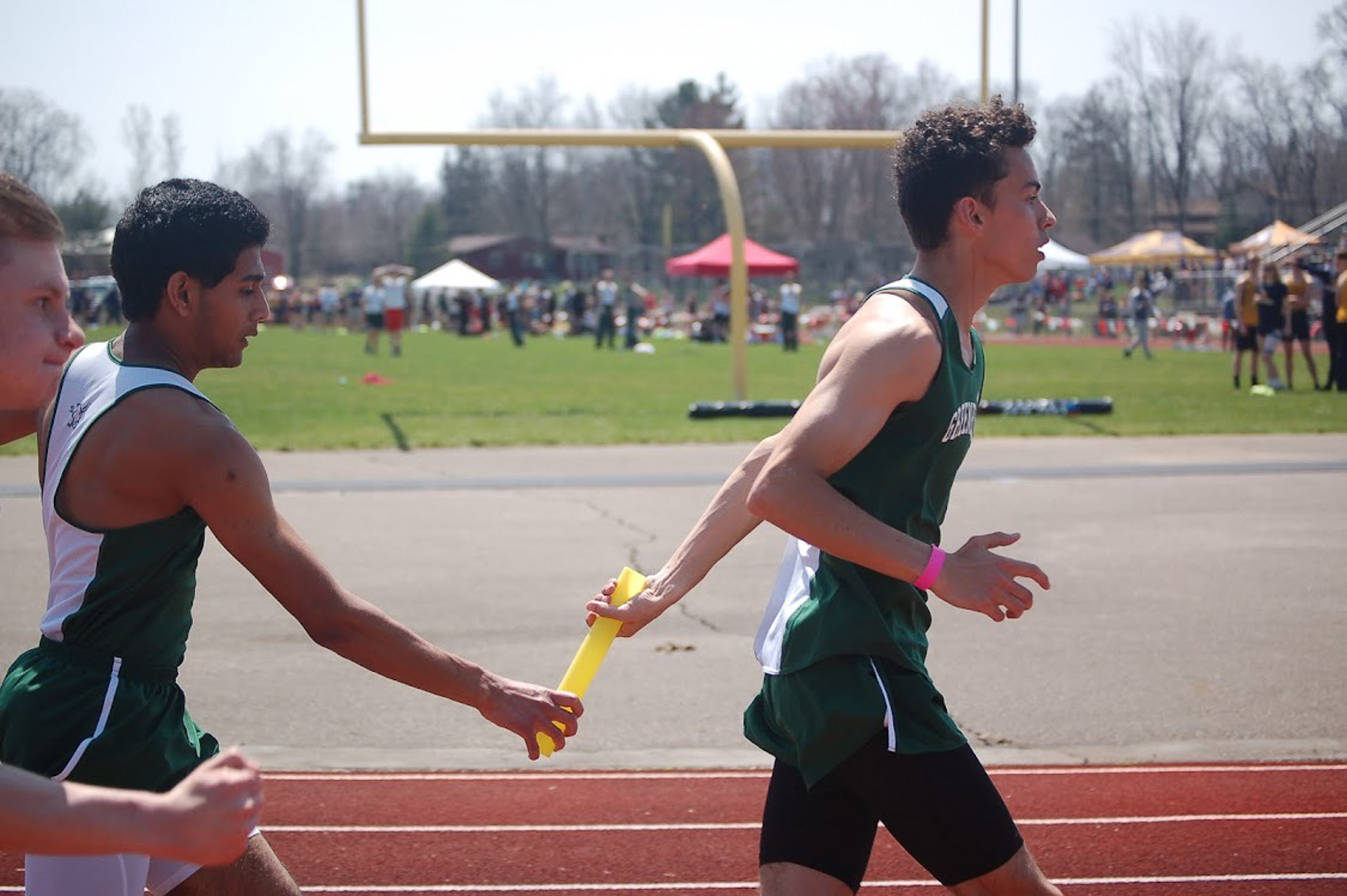 Dutta, Prabhu, and Fletcher ran in the 200 meters preliminary, finishing all within a second of each other.

“I could’ve done better,” said Fletcher, “but I think I did fine.

“Lincoln is strong,” said Fletcher. “Fastest person on the team”

Since Cha joined in freshman year, he has been a star member of the track team.

“He gets us a lot of points,” Prabhu said. “We would do a lot worse if he weren’t here”. 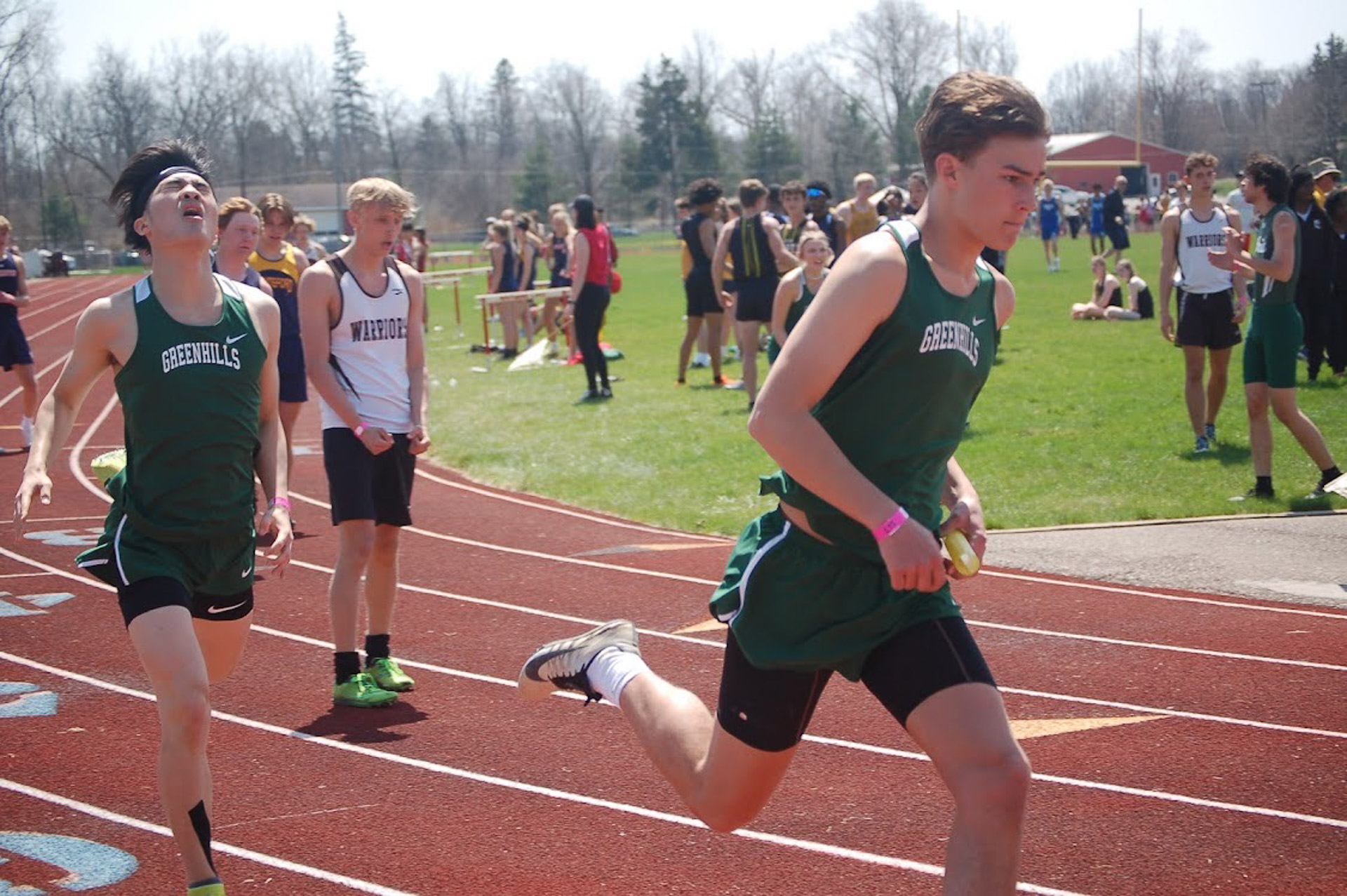 For the men’s high jump Tiller and Couch both got scores of exactly 5’00.00. This may have been due to a malfunction in the time taking camera, which will be touched upon later in the article. 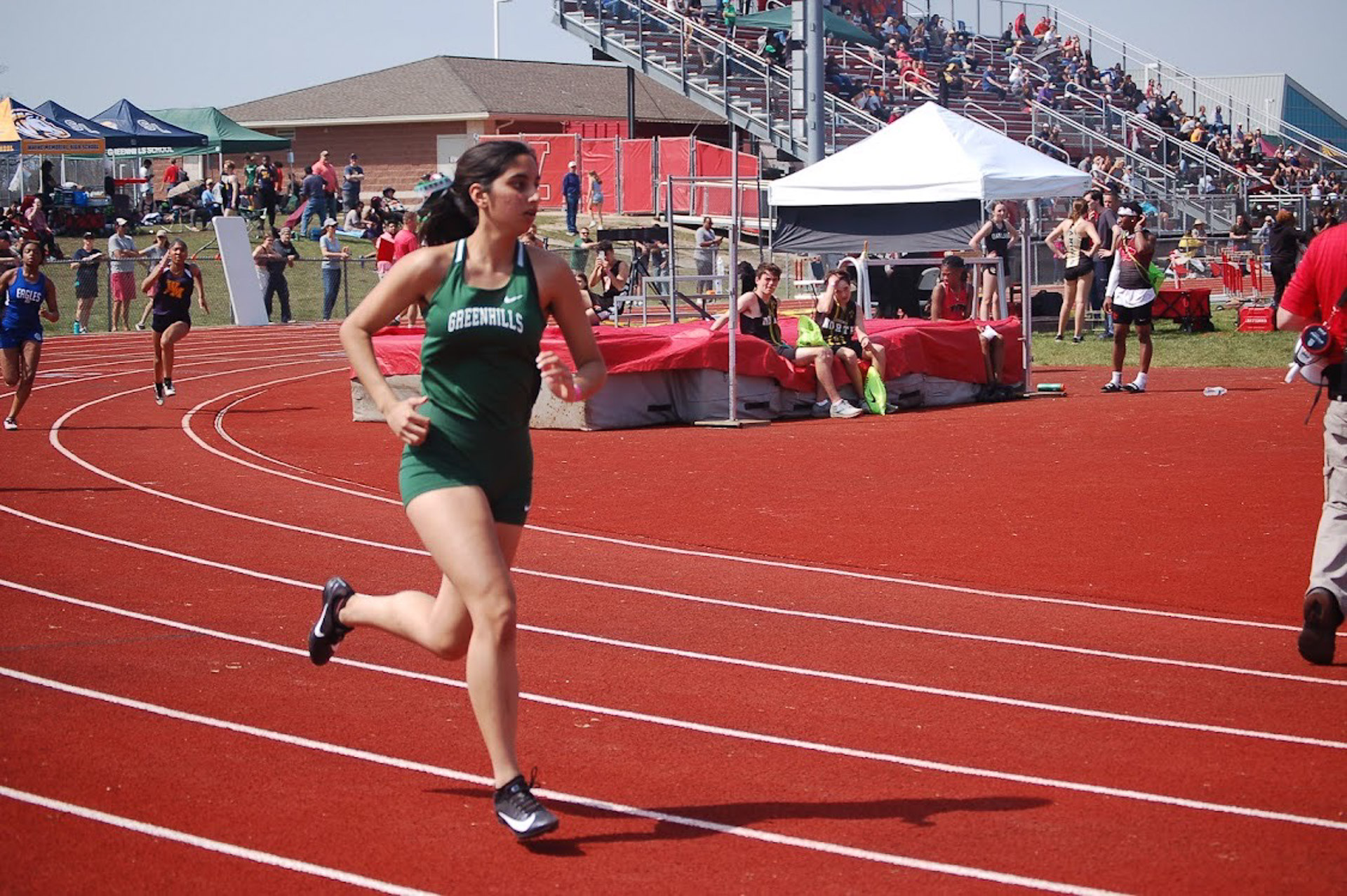 “Ten hours and fifteen minutes,” said Fletcher. “That’s how long we were out there”

Despite how much Fletcher loves track, he wasn’t too happy about the time stretching long past the expected end time. Fletcher wasn’t just unhappy with the time though.

“The finish line camera didn’t work for some part of the race,” said Fletcher.

The camera failed to accurately time Tiller’s finish, but he was still happy with how he placed.

“I didn’t really mind it much because I wasn’t making it to finals anyways, but I ran a 29.99 according to my time, but I finished third in my heat,” said Raj. “I also ran a :57 in my 4x400m leg, so it kinda just shows you that they messed up big time. I feel like it made a difference for some people but not really for our team.” 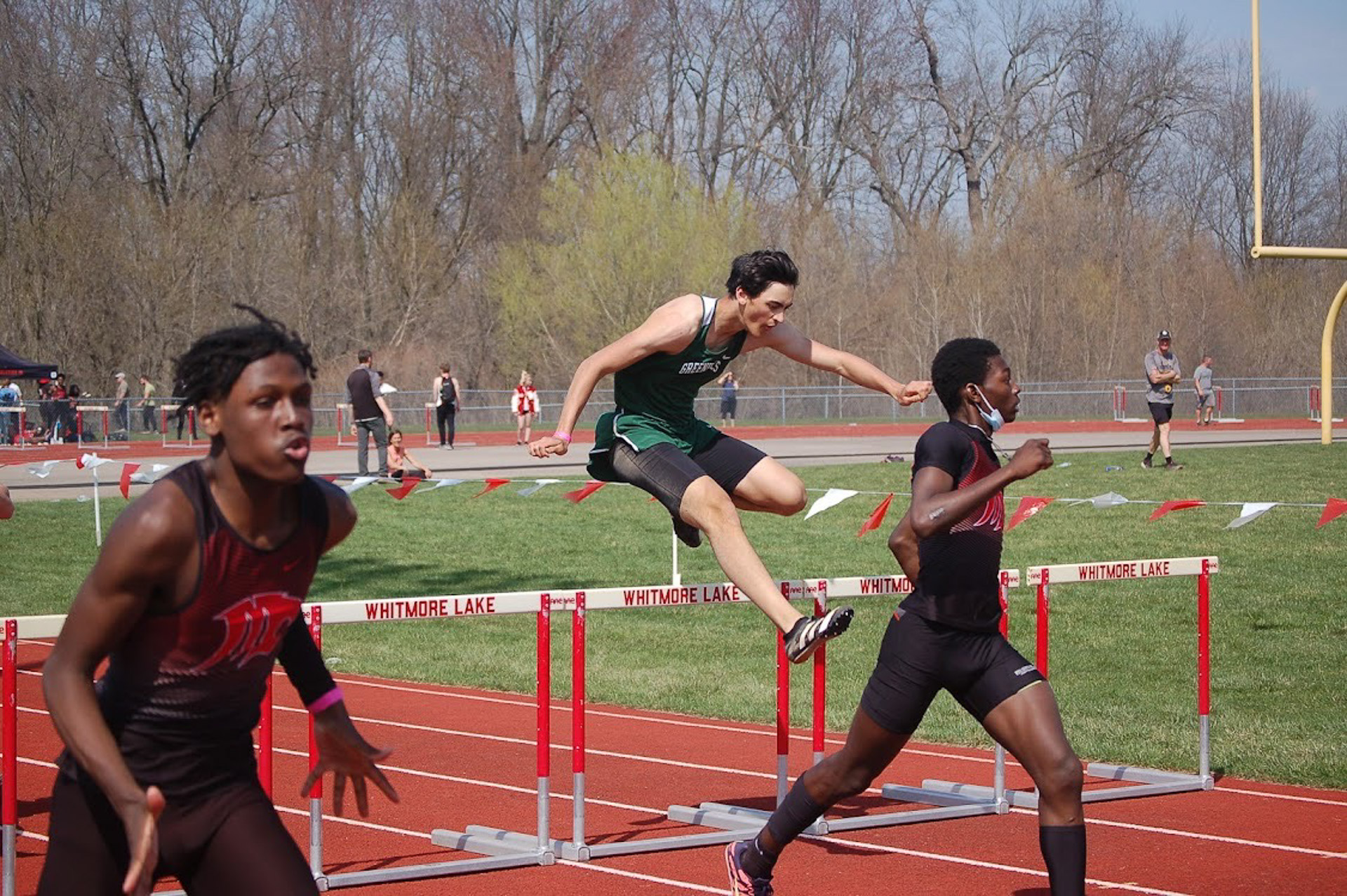 The cameras weren’t the only thing that was having trouble that day.

“The meet organization was bad so it took long, but it went pretty good,” said Couch.

The team spirits still stayed up throughout the entire ten hour meet though. Yu and Zacharek as senior team captains kept up spirits both day and night.

“Justin’s a great captain,” said Fletcher. “He keeps the team running and has a great spirit.”

Yu has been running track since he joined the school in middle school. He went on to take a brief hiatus in freshman year, exploring swimming, but in the end Yu went back to track (though he still swims in off season) during his sophomore year.

“I had a really good time for four days and then the pandemic started and shut everything down,” said Yu. “Junior year was my first full track season and it was a lot of fun,”

This is where Yu started to get familiar with track as a sport and culture, and became friendly with his teammates. And when Yu eventually began running for track as a senior, he was chosen as team captain.

“Being a captain feels good. I’ve always wanted to be the captain of a sport I love and it’s something that I am really proud of,” said Yu. “I know the team looks up to me so it’s very important that I am always encouraging and easy to talk to in case they have any issues. This year was great. I’m sad to leave, but I had a great time.”