Part of high school cross country — indeed, a big part — is the team cheer. No one quite knows why, but as cross country teams gather at the starting line just before races begin, almost every team launches into a loud, rapid-fire cheer, intimidating for its volume but also its complexity. The team cheer moves athletes into a competitive mentality as race time approaches, and helps drive home the fact that they all race for the same school. In other words, the team cheer makes a group of individual cross country runners feel like a team.

It made sense, then, that when the varsity cross country team led a skills clinic for middle school runners, they ended their practice by teaching the middle school team their cheer.

“It was really good for building confidence and a feeling of being a team,” said middle school cross country coach Jim Lupton. “It was a good experience, and the high school team really took ownership of it. They did a great job.”

The cross country practice, along with volleyball and field hockey, rounded out the fall slate of skills clinics — middle school practices led by Greenhills varsity players. So far, the clinics have been well-received, with coaches especially praising the dedication and hard work that varsity teams put into planning their sessions.

“The varsity team did a really good job planning for working with the middle school kids, so they had some really fun activities,” said Middle School Field Hockey Manager Amanda Harper. “They also did some really nice bonding and getting to know the players first, which was great.” 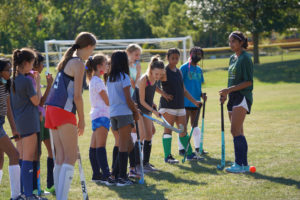 The clinics, coaches say, provide essential instruction, especially when players can break down into small, specialized groups. A varsity field hockey goalie, for instance, can teach a middle school goalie how to play the position in ways that a coach might not be able to do. But the sessions are also valuable for the leadership and role models they provide. In successful, hard-working varsity players, coaches say, middle school players can see just how far they can go if they dedicate themselves to their sport.

At the volleyball clinic, the varsity team cheered nonstop, demonstrated every drill they led, and introduced every player.

“It was a great chance for our players to see what they can become if they stick with the sport,” said Middle School Volleyball Coach Nina Scheinberg. “It was also a really nice opportunity for the upper school players to mentor the younger ones.” 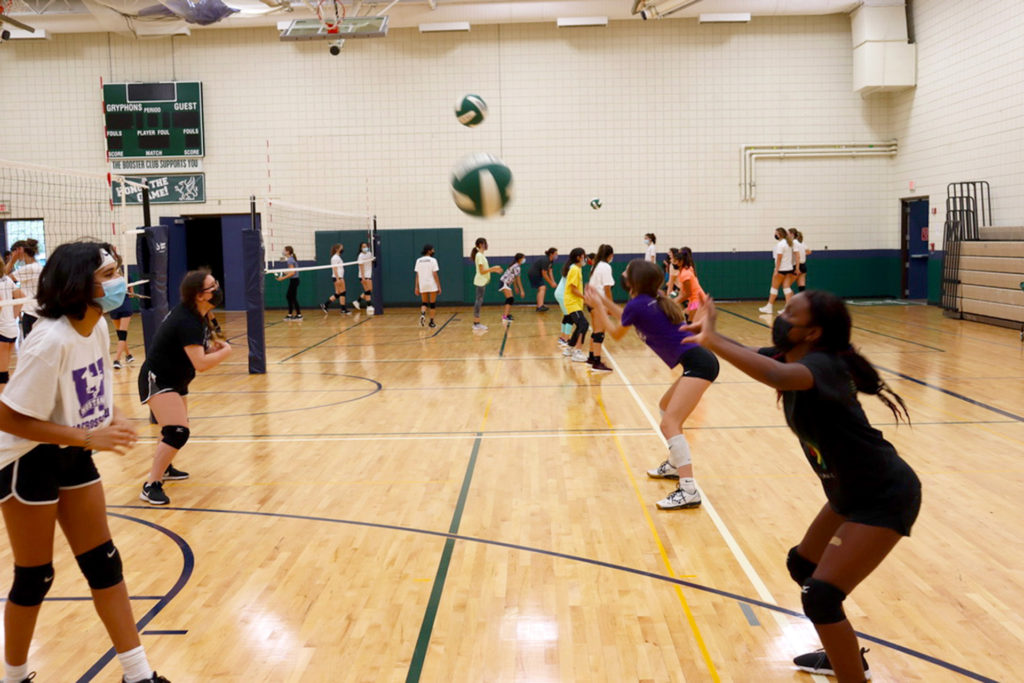 “Any time the middle school kids can work with the older students, it’s going to be a positive experience,” she said. “It gives them something to look forward to, and it helps them to see where they can get in terms of their sports and opportunities at school.”

Skills clinics like these are a unique advantage of Greenhills’ combined structure. Varsity and middle school athletes share the same building, the same practice fields, and the same mascot. In sports, they move smoothly from middle school sports to their varsity programs.

“We have this huge advantage of having a middle school that progresses into high school,” Lupton said. “So it’s a really exciting opportunity for our sports teams to help shepherd the middle school kids up.”

The coaches were unanimous: the skills clinics are a great tradition.

“A lot of them are looking forward to being on the team when they get to high school,” Harper added, “so to see what that’s like reinforces their work right now.” 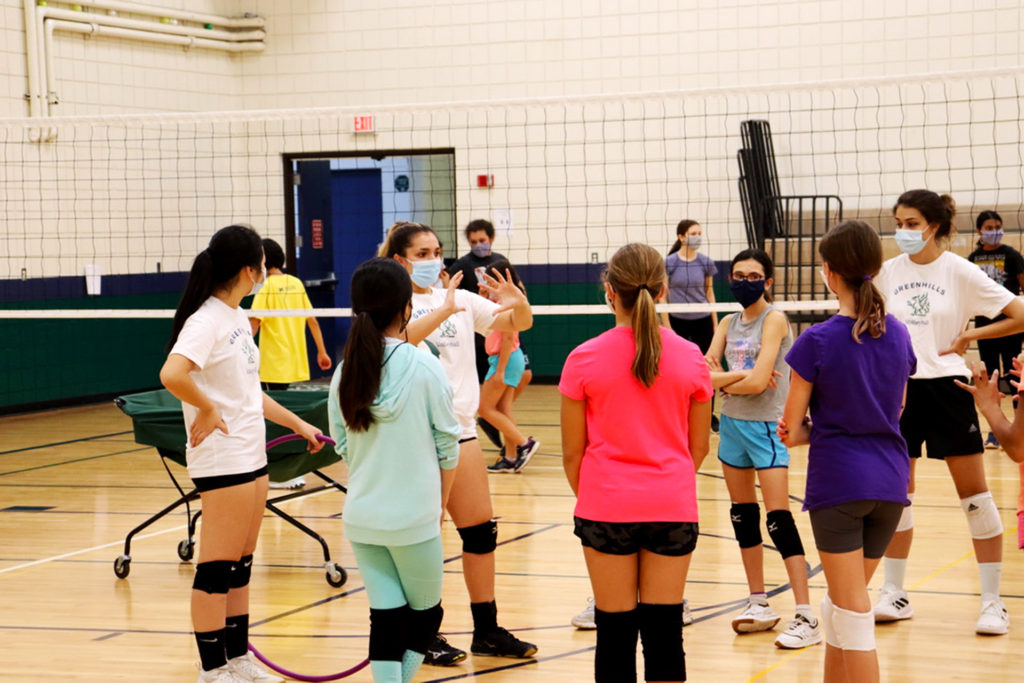 The coaches were also unanimous on another front: the high school teams had put together excellent practices, and the middle school players had loved them.

“I was so impressed with the professionalism that the upper schoolers showed,” Scheinberg said. “Our players clearly had a lot of fun. I’m excited to hear about it from them.”

Lupton saw another benefit come from his team’s clinic. Cross country is all about teammates supporting each other throughout a race — so that’s what the team emphasized.

“It helped with their team cohesion, the idea that they were Greenhills and they supported each other,” he said. “That was the primary reaction. There was a broader understanding of what it meant to support each other.” 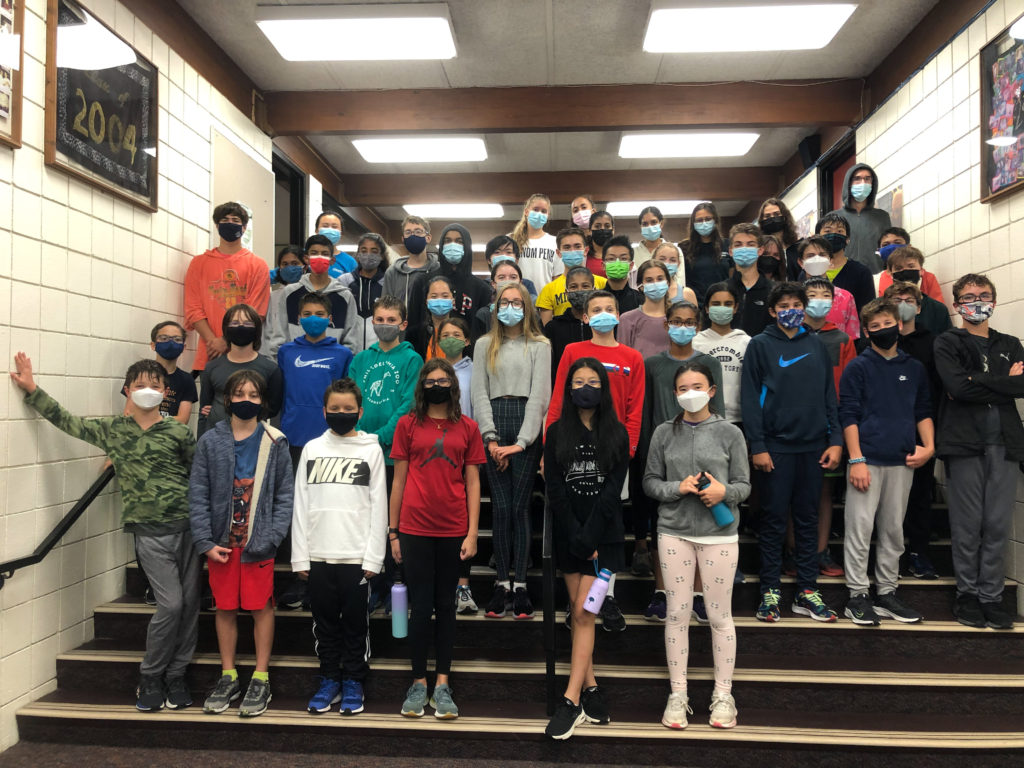 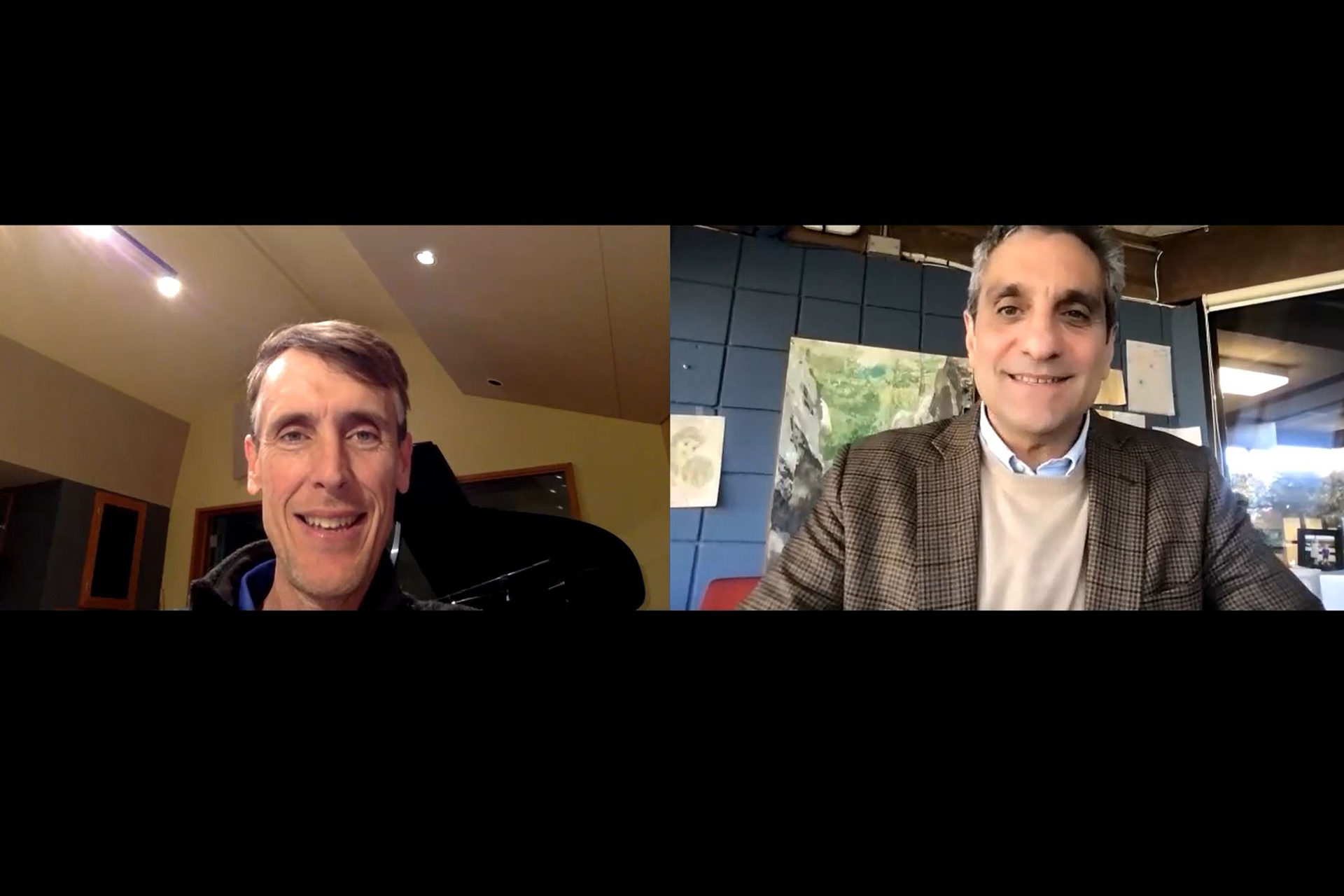 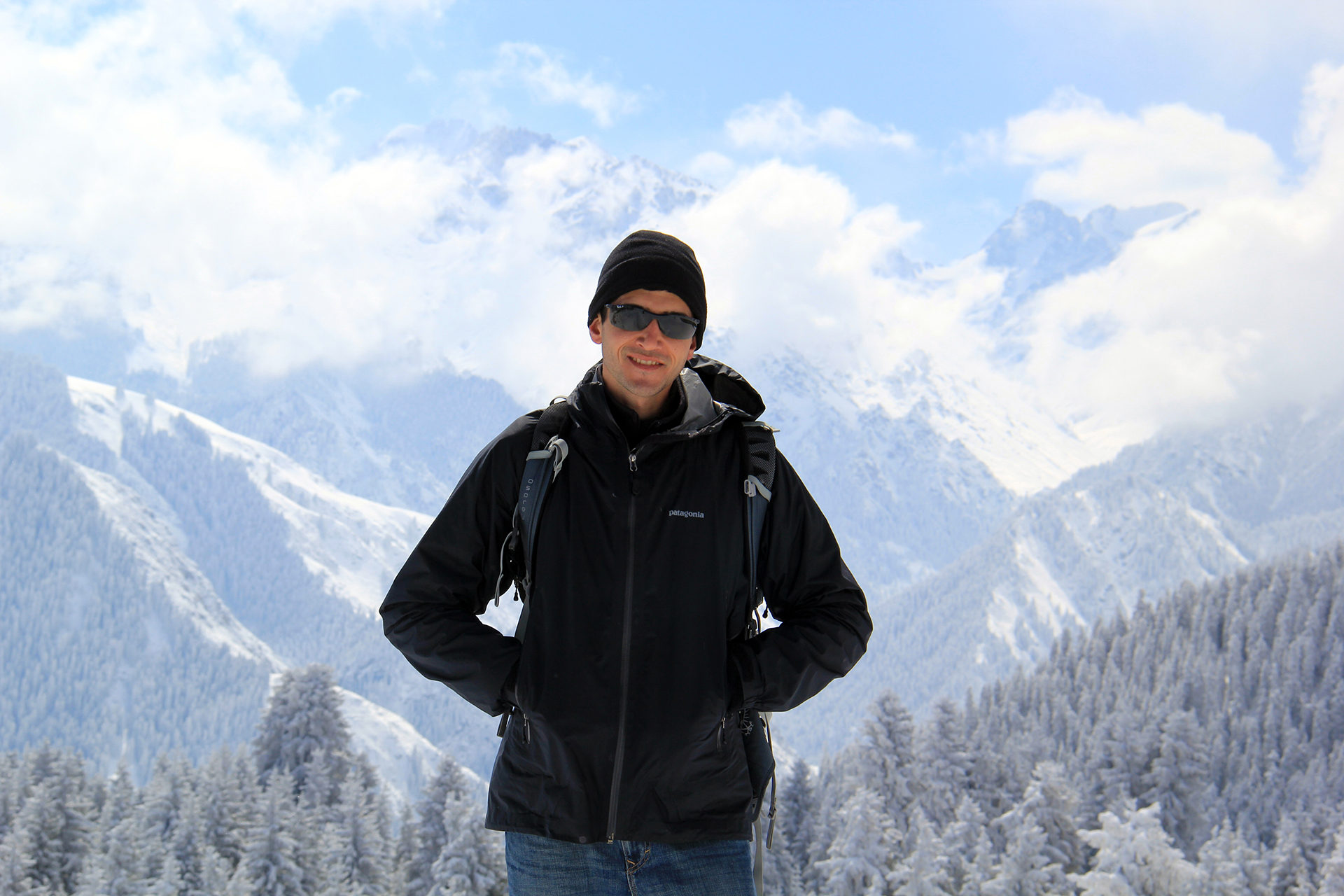 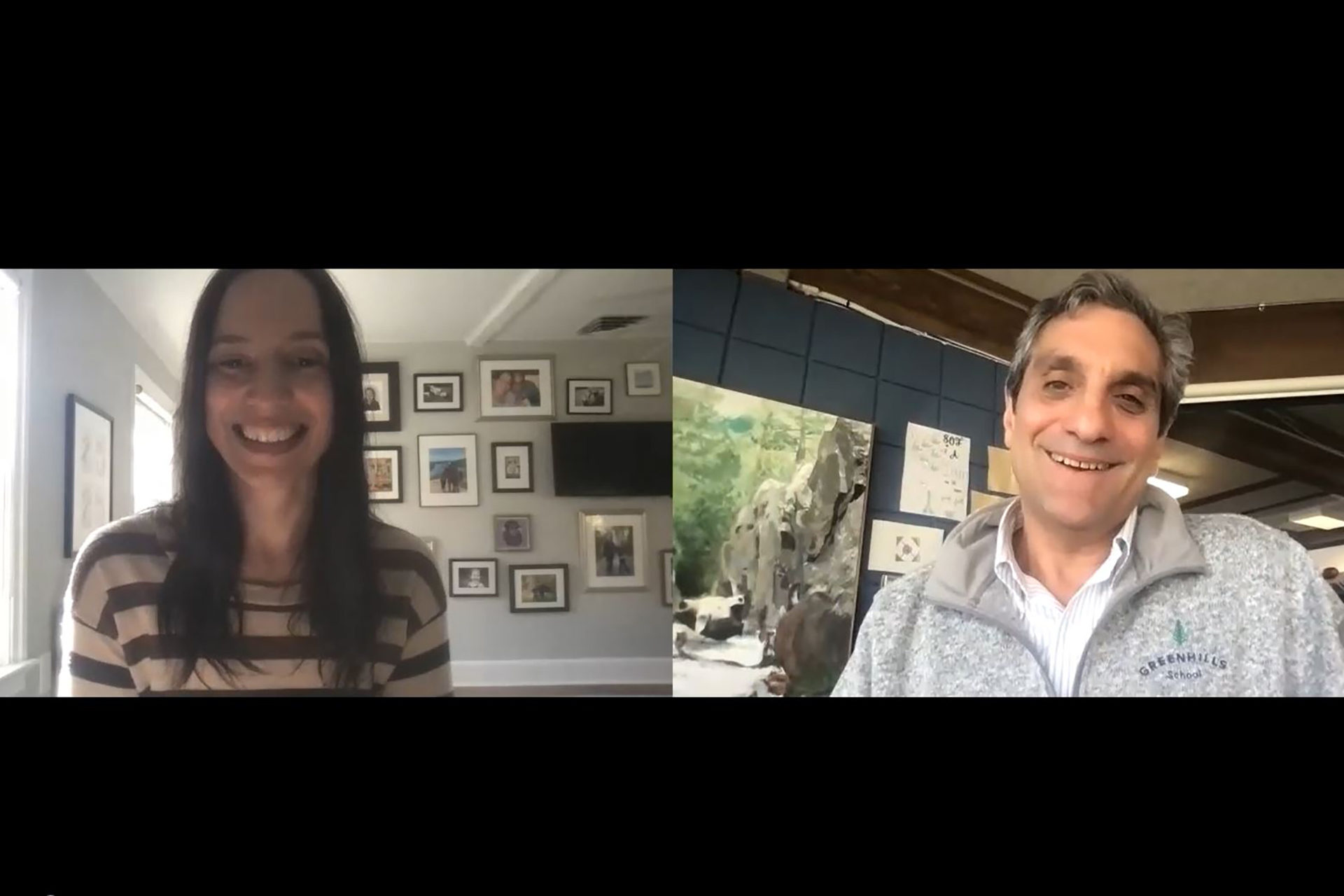