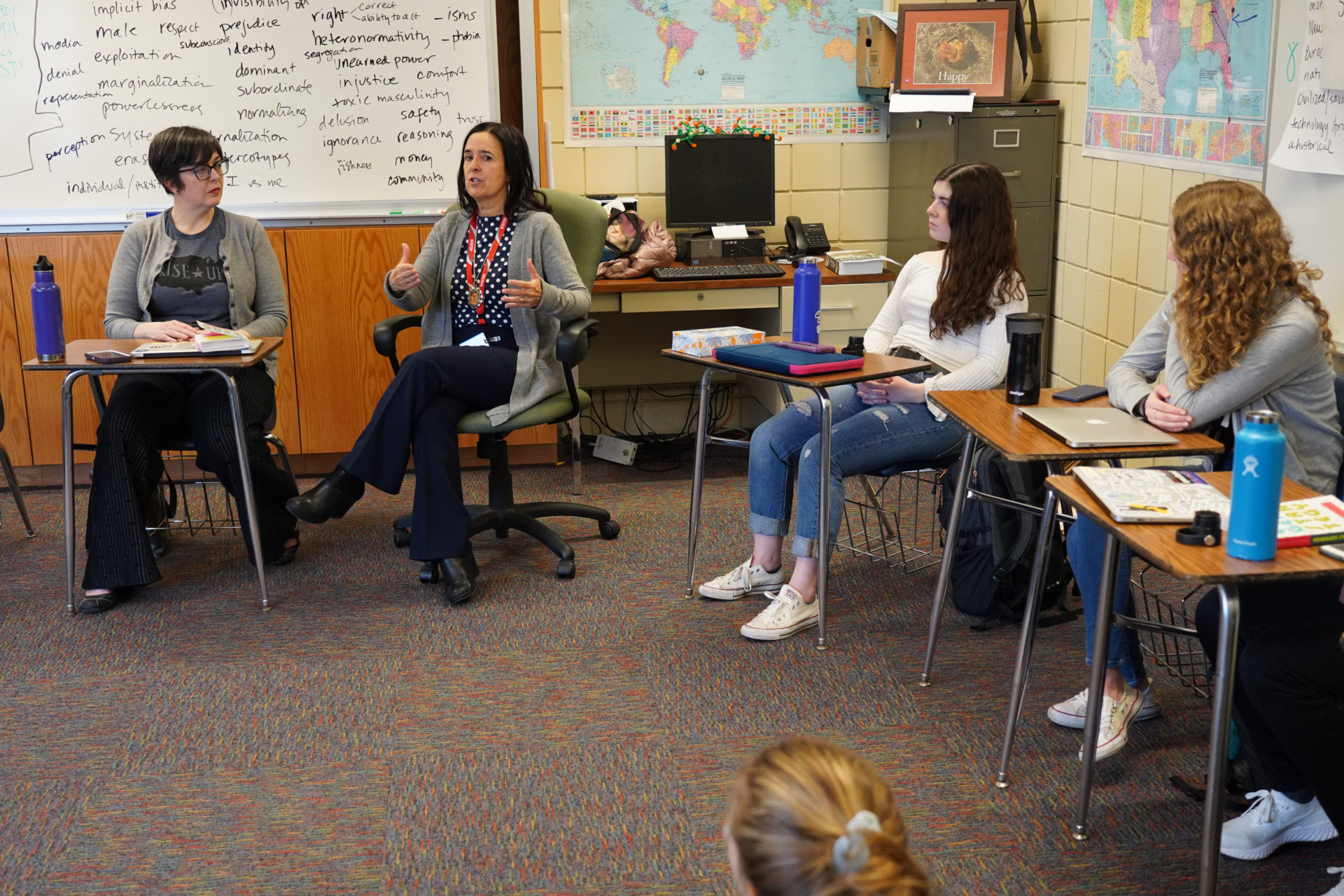 Neil Donato was watching Jason Gittinger lay into a bright orange drum set. Gittinger was playing Rush classics, had spiky hair, and was wearing white glasses. As Donato took in the whole scene, he couldn’t stop asking himself the same question:

“This guy is the president of the Royal Oak Chamber of Commerce?”

Indeed, he was. Gittinger, the drummer in a Rush tribute band assembled specially to play a Greenhills assembly, is a small business activist in Royal Oak and a founder of the Detroit School of Rock and Pop Music.

“Just a great guy to talk to,” Donato said. “Insightful in so many ways.”

In other words, he and his Rush tribute band were perfect for Greenhills’ Visiting Artist program.

In addition to teaching band at Greenhills and chairing the Fine and Performing Arts department, Donato oversees the Visiting Artist program — a hallmark of the Greenhills curriculum that brings in artists ranging from dialect coaches to puppeteers, Balkan musicians to a capella groups. The donor-supported Visiting Artist program is complemented by the Visiting Writer program, which brings working writers to Greenhills to give students a taste of the writing life and help them improve their own writing skills, and the Visiting Scientist program, which puts students in regular contact with active clinical researchers.

Together, these donor-supported programs bring experiences to Greenhills that go far beyond the ordinary classroom. According to Donato, they are inspired by a simple principle: sometimes, lessons are most effective when they come from a new voice.

“As much as we like to say, ‘hey, we’re teachers and we know everything,’ it’s kind of like hearing something from your parents,” Donato said. “Every once in a while, you need to hear it from someone else.”

The three donor-supported programs — Visiting Writer, Artist, and Scientist — aim to do just that. They bring working professionals in an enormous variety of fields to Greenhills, and allow students to explore different fields up close, in action.

The current writer-in-residence, for instance, is Patrick Flores-Scott, author of young-adult novels Jumped In and American Road Trip, both of which were named to several year-end recommended lists. Flores-Scott is available every Tuesday at Greenhills to work one-on-one with students on their writing; he’s also visited several classes and the Creative Writing Club to run workshops. 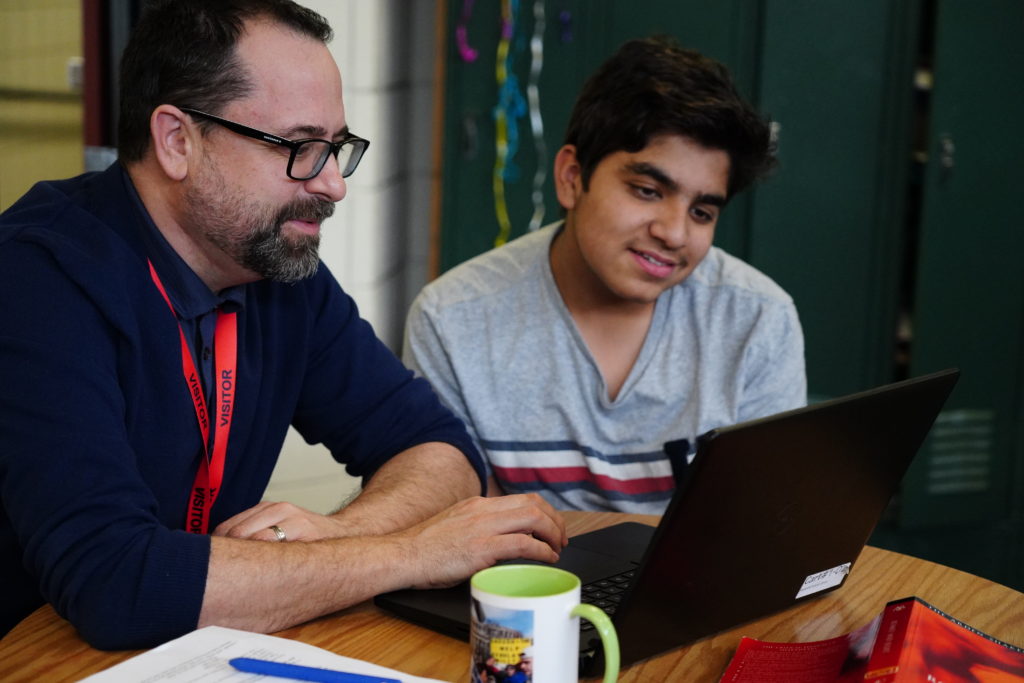 “Patrick is trained as an educator, but he’s also just a super approachable guy, a really nice, gentle, kind person,” said English teacher Rebecca Randolph, who runs the Visiting Writer program. When her students write essays, Randolph returns them with feedback and instructions to go see Flores-Scott for a writer’s perspective. Writing, she says, is one of the pillars of a Greenhills education, and the Visiting Writer program helps bring writing to life.

“In all of our disciplines, we focus on the strength of writing,” she said. “That’s your future. You’re going to be communicating for the rest of your life.”

When it comes to visiting artists, meanwhile, Donato has a similar goal: he looks for artists who will make the greatest impact possible on the most students. When he put on a 25-minute Rush tribute concert during an assembly, the whole school saw it.

“It’s not just for people who are taking arts classes,” Donato said. “It’s for everybody.” 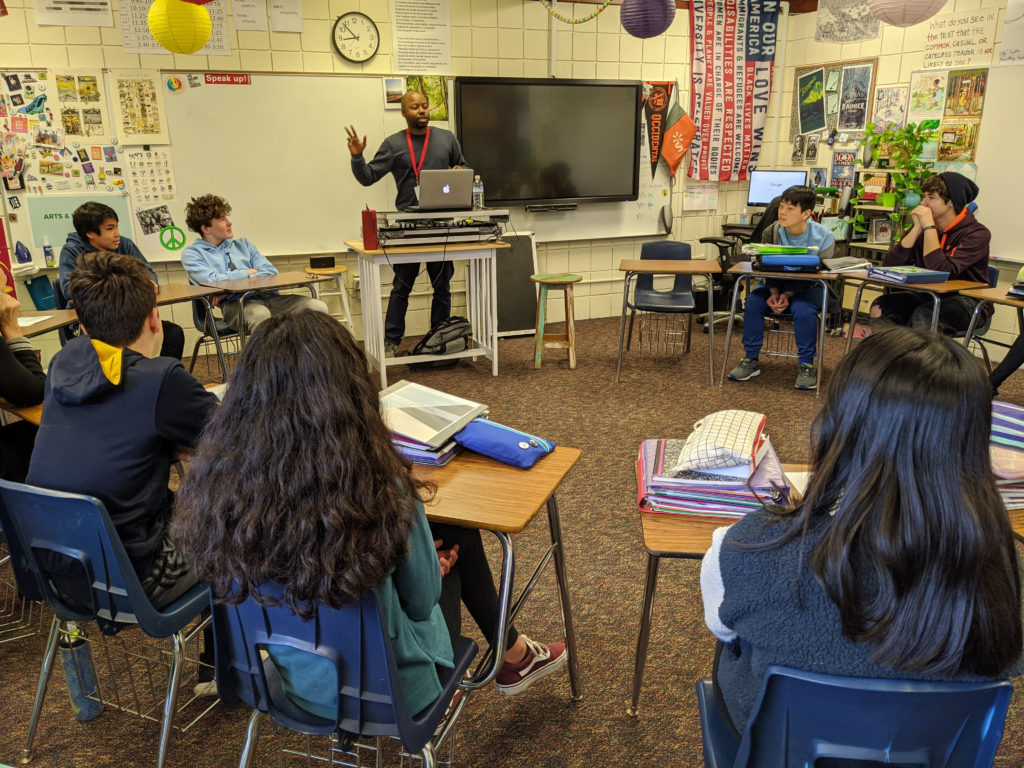 Donato remembers one moment that, to him, sums up the impact of the Visiting Artist program. In the Spring of 2016, he put on a performance by Rhyta Musik, a European-style brass sextet. Afterwards, he got an email from a student.

“I don’t take any music classes, I don’t play music, I’m not into it,” he remembers reading, “but that was absolutely fantastic.” The student later sought him out to learn where she could find more music like what she’d heard.

Of course, the three programs weren’t immune to COVID. In 2020, most events went remote; indeed, many still are. The programs are on their way back, Donato said, but there’s still work to be done.

“I absolutely can’t wait to bring people back into school,” he said.

Bridget Maldonado took over the Visiting Scientist program in 2019, but because of COVID, hasn’t been able to bring any scientists into the building yet. Soon, though, she hopes that will change — and with the increased attention paid to science over the last year and a half, it couldn’t come at a better time.

“We’re realizing the importance of these sustained interactions between students and scientists,” Maldonado said. “We’ve seen this year this idea that people are struggling to understand that science is messy. And that’s a good thing. It’s not linear. We’re constantly gathering more data and then revising. The effort is always to expand knowledge.”

Some parts of the Visiting Scientist program are timely: one of Maldonado’s goals this year is to bring in an infectious disease researcher. But other parts are relevant not just to current events, but to science as a discipline. Visiting scientists, Maldonado said, help students see that science can lead to a lifetime of fulfilling intellectual curiosity rather than simply memorizing a stream of names and numbers. They demonstrate the importance of a wide-ranging and balanced education, from public speaking skills for presenting research to art classes for visualizing data. Perhaps most importantly, they help teach students the importance of persistence, revision, and long-term investment in areas of interest.

“That’s sometimes really hard for our students, the idea that revision is a good thing and it needs to happen,” Maldonado said.

The leaders of all three programs emphasized their multidisciplinary nature. Donato remembers a visiting guitarist who specialized in French music, who worked with the music department but also visited French classes. Visiting Writers, Randolph said, aren’t just useful in English class; Flores-Scott works with students on things like stating concrete claims and making arguments supported by evidence, skills essential in everything from English to history to journalism. Visiting Scientists, Maldonado said, speak to the entire student body and have smaller meetings with science classes and clubs, but also explore different subjects. One Visiting Scientist, she said, spent time with a history class to emphasize the connections between the subjects.

“That helps them see the real importance of that liberal arts education that we at Greenhills really like,” Maldonado said. “We want our kids to do a wide range of classes. Not just ‘I’m a science kid, so I’m going to take science.’”

The fact that Greenhills is an independent school with control over its own funding also helps make the programs successful. Teachers are encouraged to explore and identify opportunities to enhance student learning, and the school dedicates resources to make these things happen.

​​“The McDowell Writing Program, with all of its wide-reaching influence on student writers, is made possible by the generous contributions of our donors,” Randolph said. “Writing is a central part of Greenhills, and this program reflects our commitment, and our donors’ understanding of the value of writing at Greenhills. Donor support for visiting writers, artists, experts, scientists — I can’t thank them enough.”

“I haven’t seen that in the public schools,” added Randolph, who taught in the Ann Arbor Public School system for 33 years before coming to Greenhills. “We weren’t even allowed to have outside people come in!”

The people in charge of the programs have a lot of flexibility in how they’re run, which allows for a streamlined process. If Donato sees an artist performing that he thinks will be informative and interesting for the entire Greenhills community, he can simply say — as he once did to a blues band that eventually came to visit some Greenhills jazz groups — “when this is all done, will you bring your group back to play for us?”

The programs are also more effective and wide-ranging because they’re funded: a portion of the School’s annual budget is earmarked to pay visitors for their time and work. That’s good for two reasons, Donato said. For one, it’s simply the right thing to do.

“I like that we have funding, because then we’re not asking artists to volunteer their time, which is not particularly fair to them,” he said. He likes being able to tell artists “your work has value and meaning, and we can pay you for your time.”

There’s also another benefit to being able to pay artists for their time and work: Donato, Randolph, and Maldonado can use their funding to expose students to writers, artists, and scientists that otherwise, they might never know. The available talent pool expands far beyond volunteers and dedicated school programs to a wider group of working professionals.

“The first thing they always say is, ‘is there funding for this?’” Donato said. “It’s awesome to be able to say ‘yep!’” 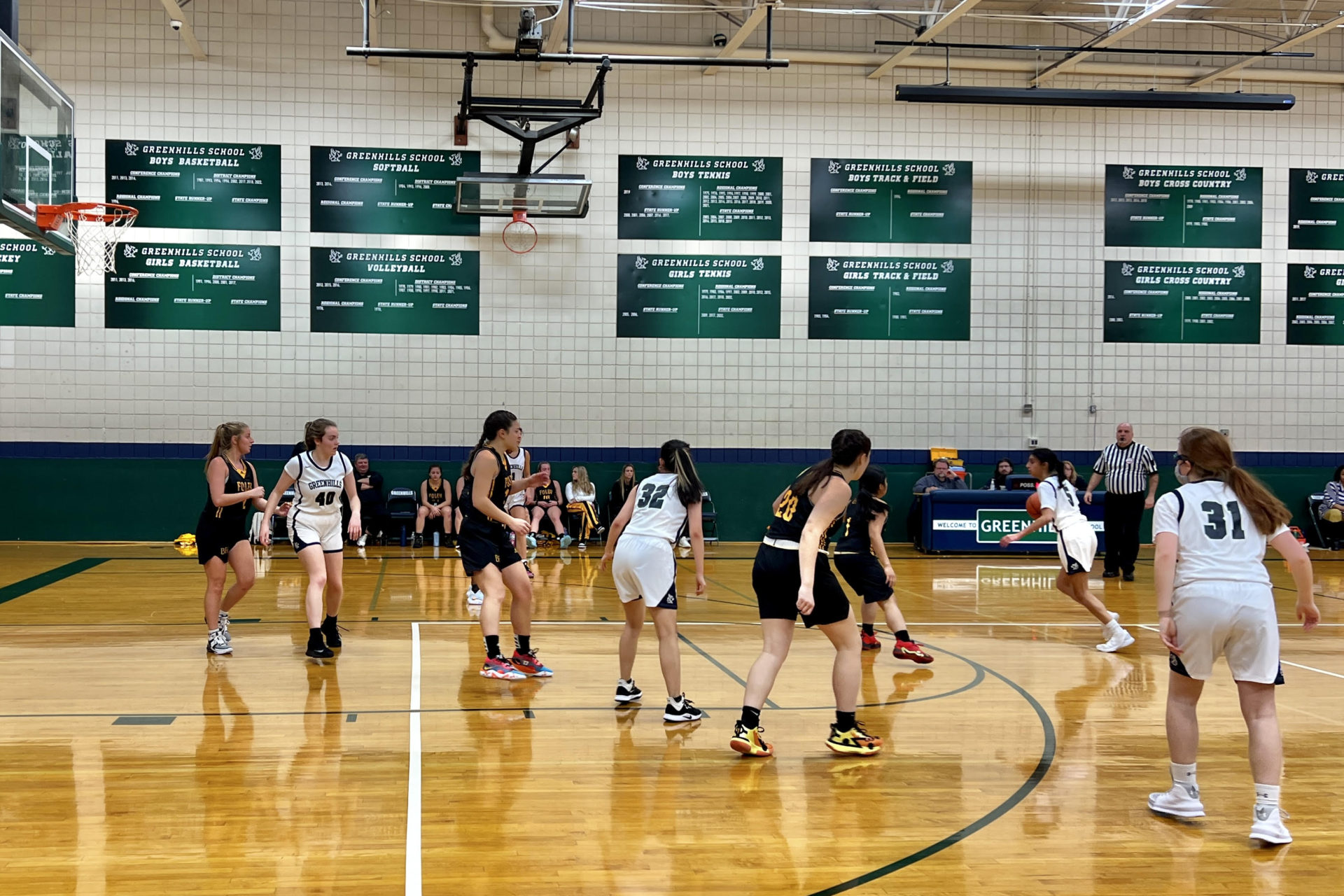