Arjun Purohit Earns $10,000 College Scholarship and Trip of a Lifetime to Learn from Leaders in Washington, D.C. 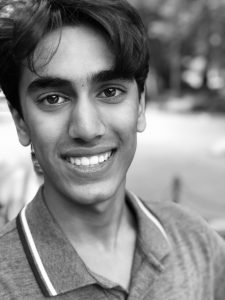 Greenhills junior Arjun Purohit will represent Michigan as one of just two delegates to the United States Senate Youth Program (USSYP), which will be held in Washington, D.C. March 7 – 14. Purohit will also receive a $10,000 college scholarship and meet with the highest level elected and appointed officials in the nation’s capital. This honor is typically awarded to students in their senior year of high school, but Purohit is one of the few who have earned it in his junior year.

The USSYP was founded in 1962 through Senate Resolution and each year two of the highest-achieving students from each state, the District of Columbia and the Department of Defense Education system overseas are selected through an extremely competitive merit-based selection process held at the state departments of education nationwide.

“When I received the selection letter I was speechless,” said Purohit. “This is such an honor and I was so surprised to receive it as a junior. I’ve always been interested in helping others and see being a public servant as a way to engender meaningful change. Being a delegate will certainly  influence whether or not I pursue a career in politics.”

“There’s no student more deserving of this honor than Arjun,” said Peter Fayroian, Head of School at Greenhills School. “Arjun is an academic standout, but he is also a leader in the truest sense. It wouldn’t surprise me in the least to see him as one of our country’s leaders one day.”

While in Washington D.C, Purohit and the 103 other USSYP delegates will attend briefings and meetings with the president, senators, a justice of the Supreme Court, cabinet members, federal agency leaders and senior members of the national media. At least 17 military officers, representing each of the military services and the Coast Guard, will serve as mentors for the students during the week.

“This is an incredible opportunity and I’m really excited to be able to interact with fellow student-delegates all across the country,” added Purohit. “I’m particularly interested in attending various briefings and watching the speeches of a lot of important people in government.”