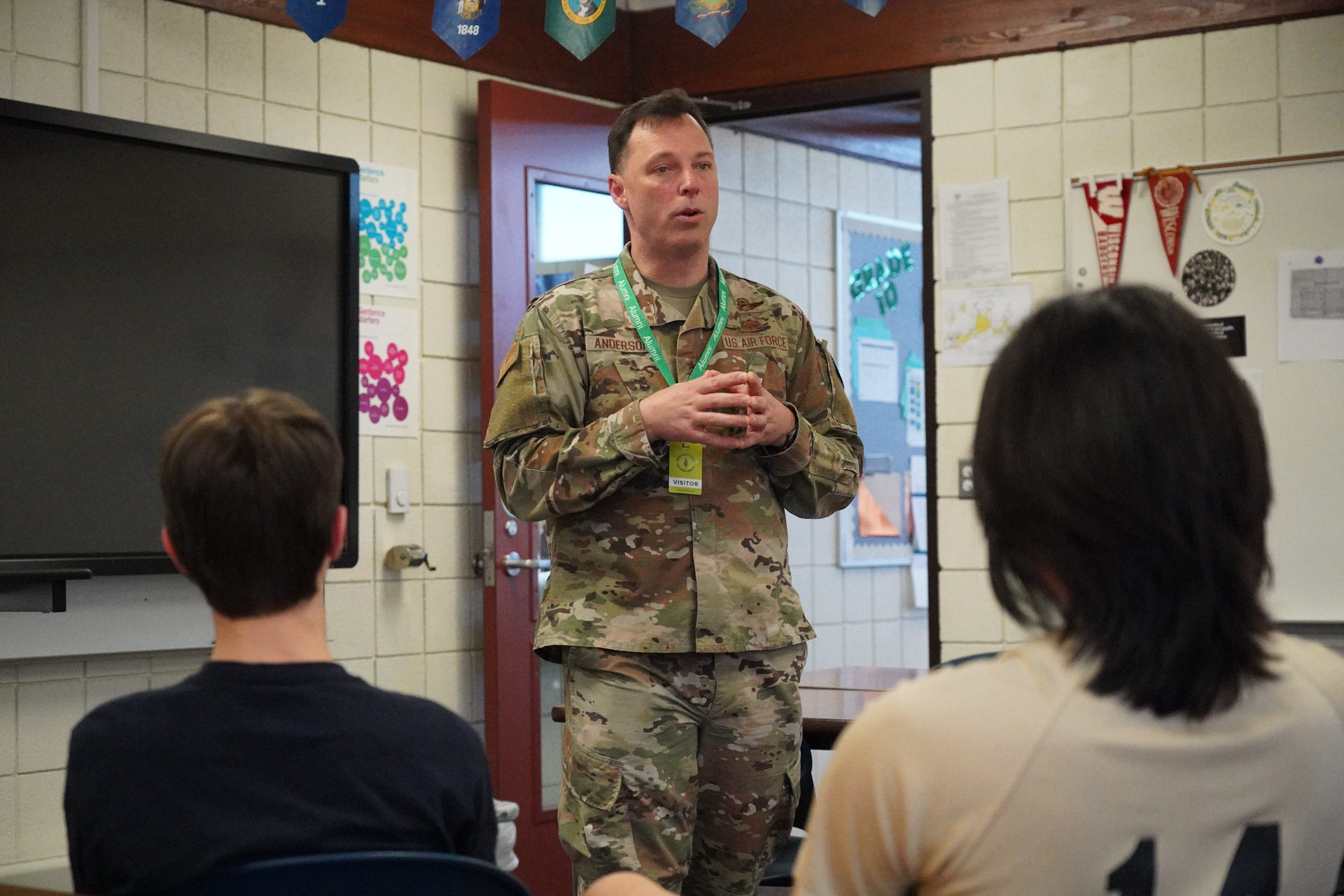 The Greenhills community contains a particularly rich vein of potential guest speakers for our classes; our parents and alumni advance rocket science for Space X—and tumble down stairs as stunt doubles in films. I’m constantly amazed by the range of careers our graduates create for themselves. The potential for guest-turns in our classes is almost unlimited.

As the teacher of our American Military History class, I was excited to learn that one of our alums, Dagvin Anderson ’88, had just been promoted to Lieutenant General—the second highest rank in the U.S. Air Force. General Anderson and I go back a long way: he was a student in the first incarnation of our military history class. (He still has a couple of the books!) To make a long story short, he agreed to give me a tour of the Pentagon when I was in Washington recently on alumni office business; that tour included all sorts of awesome sights in many interesting vibrations—at least for a military historian. Walking the corridors that Eisenhower had roamed! The huge collection of photos of historic military leaders! Sitting in his office after the tour (having met a few other generals along the way), Dagvin agreed to visit Greenhills, speak to my class, and participate in a future leadership program aimed particularly at students. He hadn’t been to Greenhills in a few years; that’s what military service can mean. 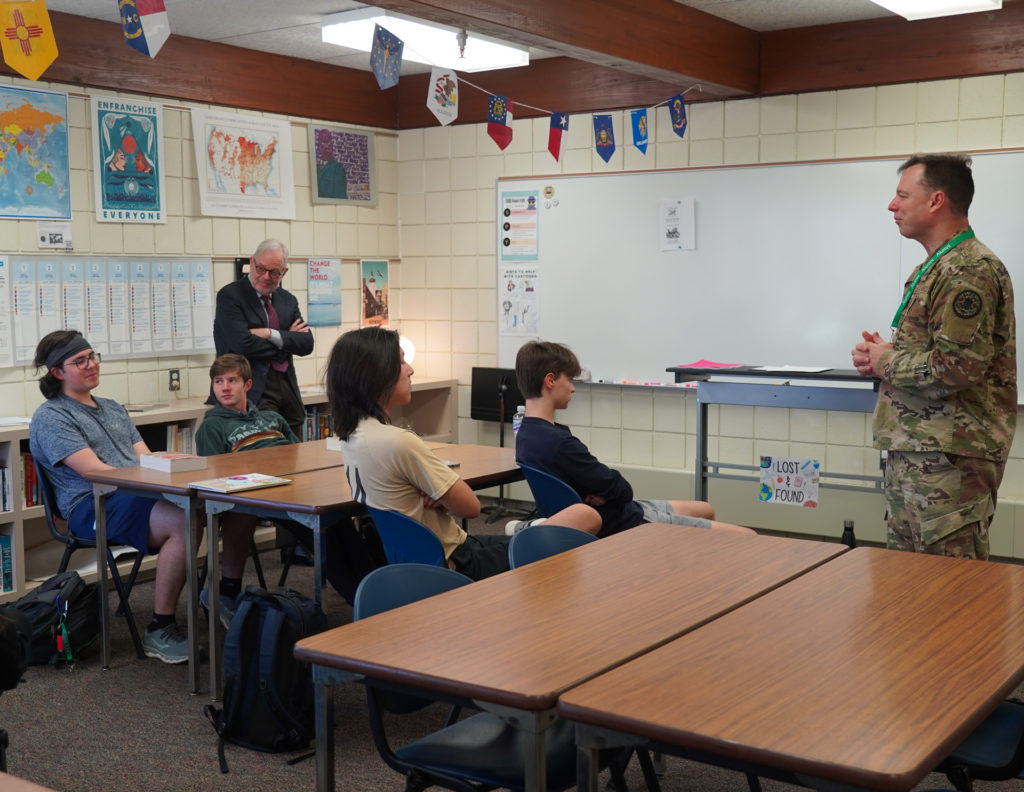 There is a small cadre of alums currently serving and a number of alumni veterans, but generals don’t often visit Greenhills; the day was going to be interesting. By agreement, Dagvin came in uniform, which added a special dimension. He is an experienced public speaker (generals can’t simply command) and thus he arrived with an agenda: he spoke about history, he spoke about his own experience at Greenhills, and then he briefed us on his career thus far and his current responsibilities. His task is to envision the nature of American military forces of the future; this entails working with—and coordinating with—each of the other branches of the armed services. What are the human, material, and technological requirements of the future? What is the war in Ukraine teaching us? Those of us who teach know that knowledge is only part of our brief: empathy and emotional honesty (being “real”) play huge roles. Dagvin mastered all of these; in particular, as he spoke of his combat experiences in Afghanistan, one could sense from his voice the impact of those days on his life. We were no longer in the textbook. 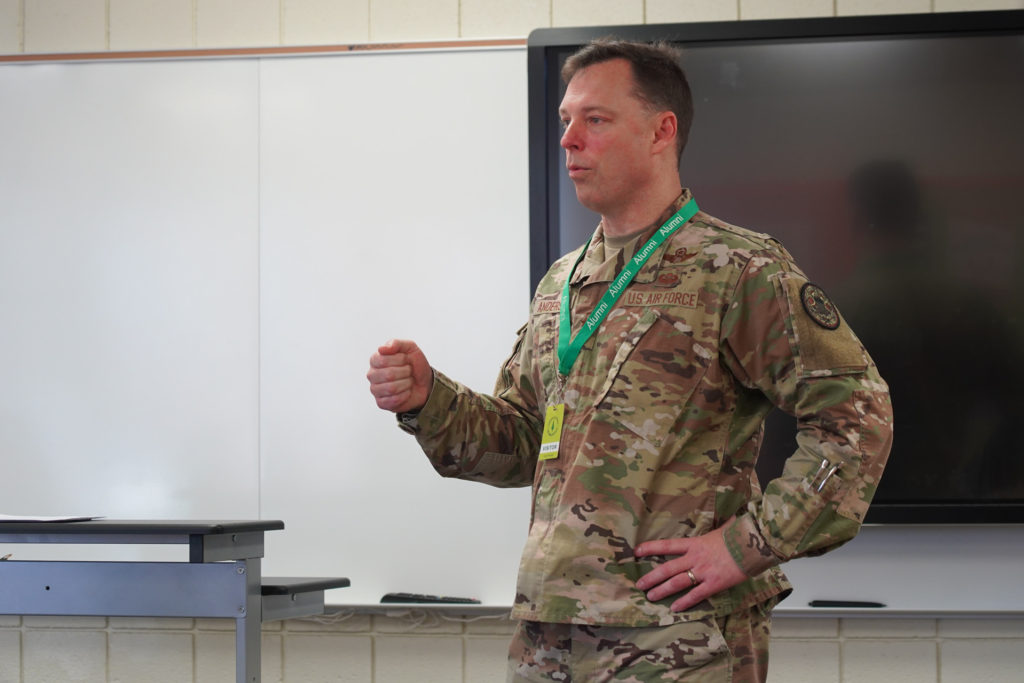 After class, Dagvin and I had a chance to tour the building and to compare the Greenhills that is to the Greenhills that was. Grade forums are in new places, lockers are half-sized, and lunch was no longer brown-bagged. Most teachers are new to him, of course. He enjoyed reminiscing about the strengths and quirks of his favorite teachers. The school of today still had some of the intimacy he remembered from his years; It still felt like Greenhills. Proof of that came at lunch when a couple of students joined us to talk about military service. As it happens, one of those students was the son of one of Dagvin’s ‘88 classmates. Greenhills continues to be a small world.

In an email exchange I had with Dagvin following his visit, he graciously shared the following note about the impact Greenhills made on him:

“I strongly believe Greenhills gave me the academic and social foundation to succeed – not only in college but as a professional officer (proof in that I still have, and refer to, the textbooks from Greenhills). Both the fact that teachers like you pushed me to be better and the size of the school which allowed opportunities to participate, contribute, and lead are the intangibles that provided the footing I’ve used ever since.

“I wasn’t sure I should leave all my friends in Ypsi to go to Greenhills, but that decision set me on a trajectory that I likely would not have been on otherwise…and it seems to have worked out so far!” 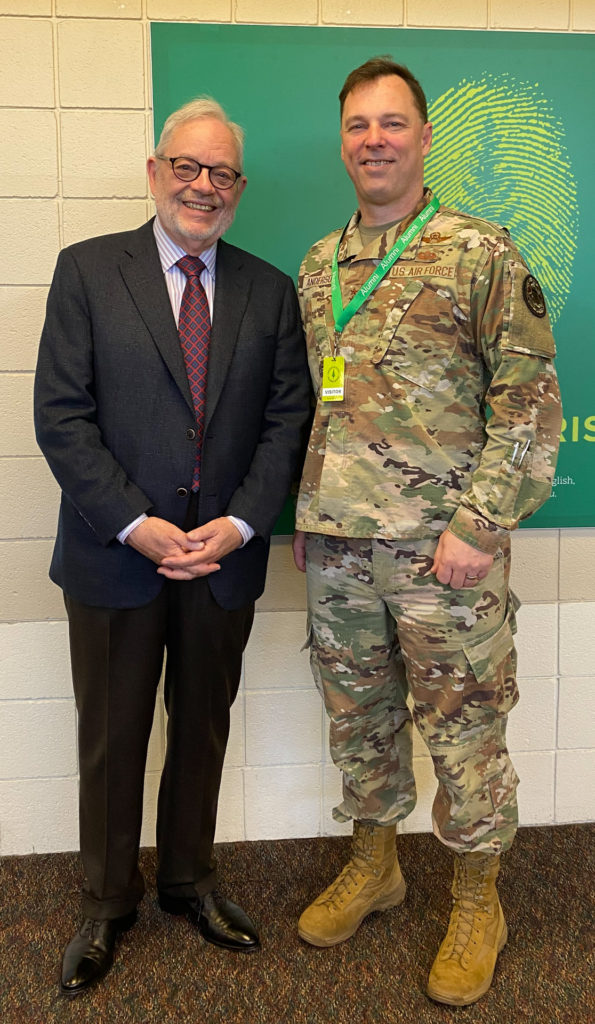 We deeply appreciate General Anderson’s service—and his generosity in spending most of a day at Greenhills. He was, after all, here to visit family on one of his too-rare breaks from active duty. And we look forward to his thoughts on leadership some time in the future. 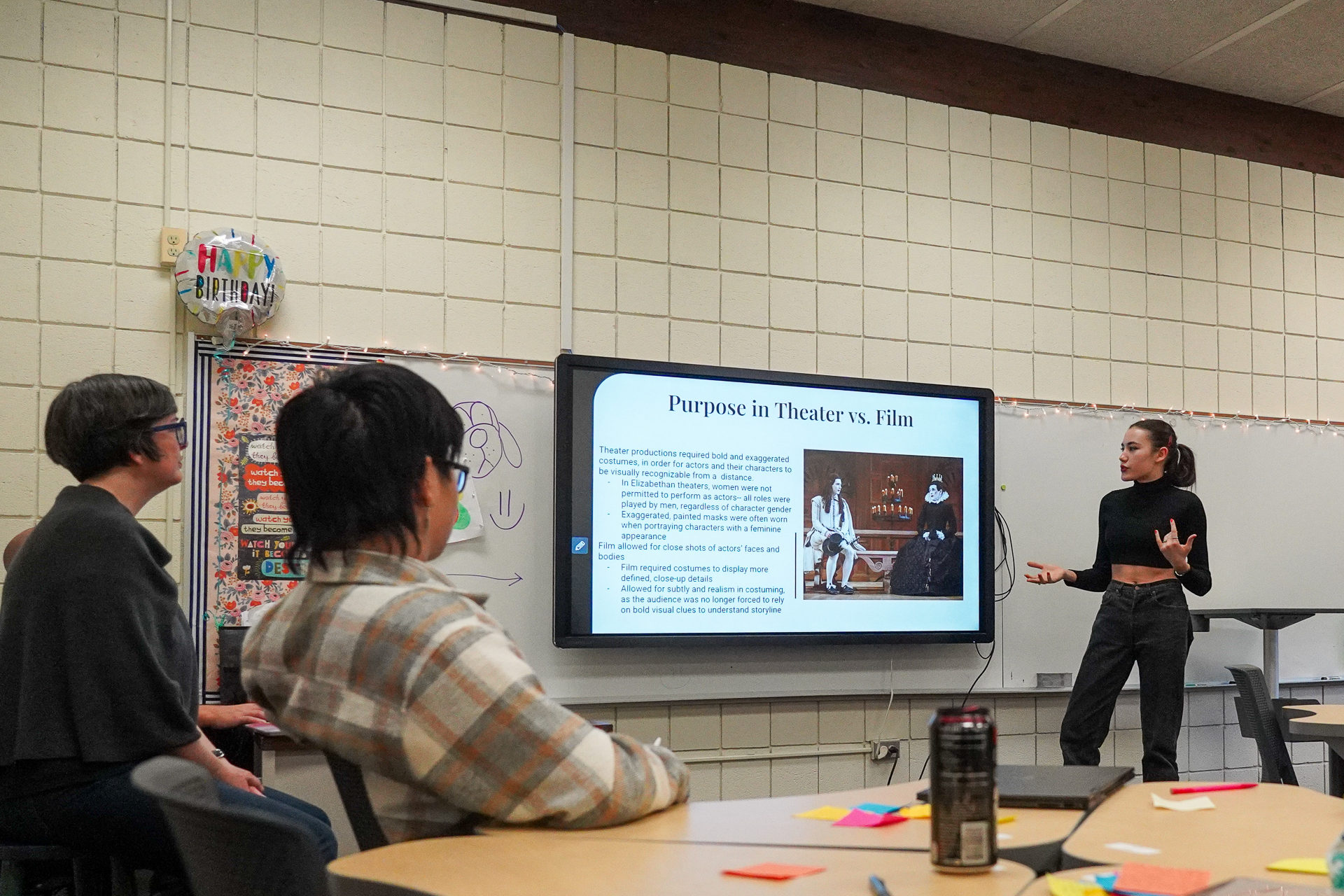 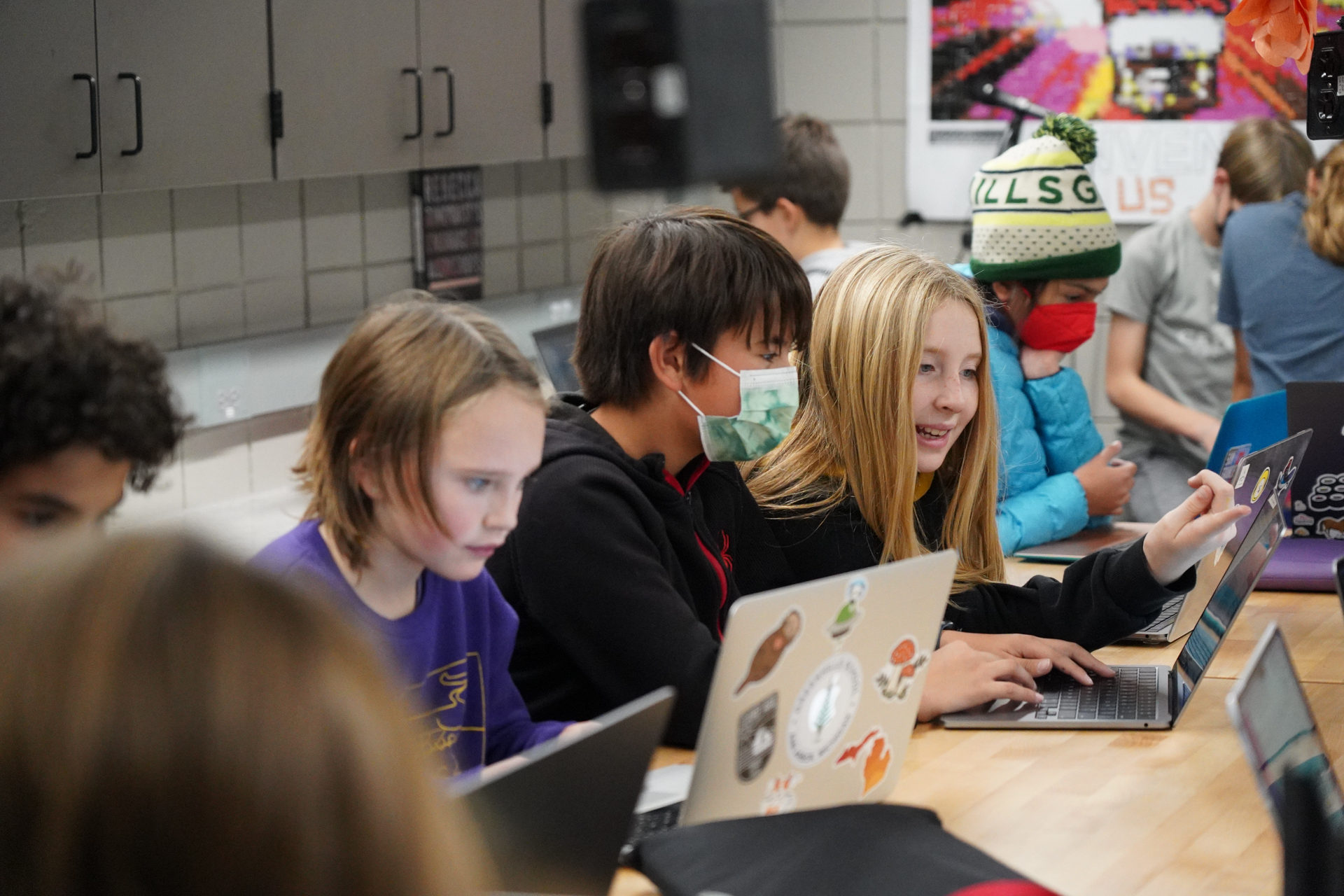 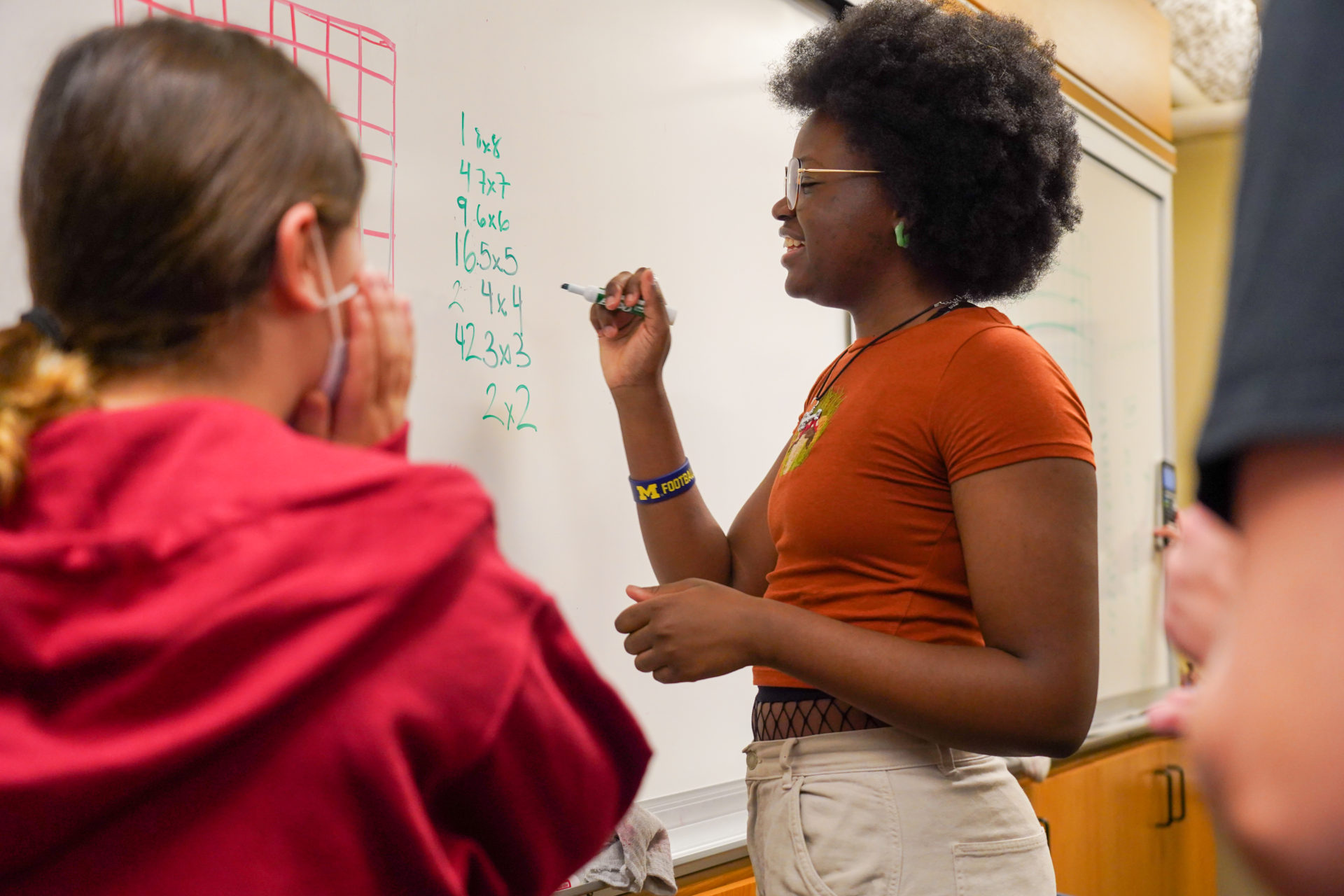