Direct your gift where it matters most to you.
In This Section

Supporting the endowment and/or restricted fund most meaningful to you provides for the school’s future. Be it the sciences, the arts, Variable Tuition Program, diversity initiatives, faculty professional development – wherever your passion lies – building Greenhills’ funds now is a great way to ensure the academic, ethical, and artistic legacies of this school. 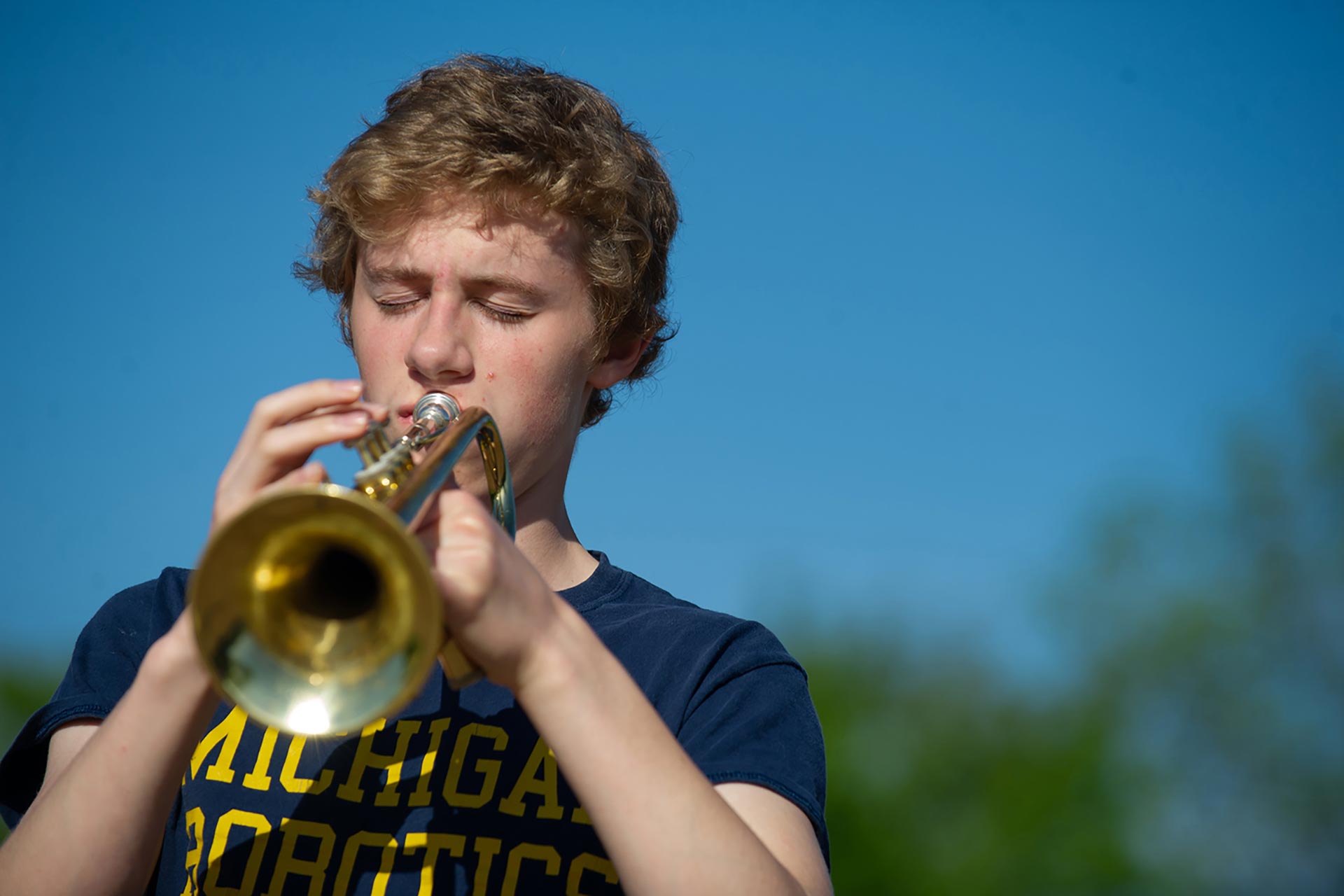 Endowments and other restricted funds allow us to strengthen our programs. Endowment dollars are invested, the principal of the original gift is protected, and they grow. As the fund grows, the Board of Trustees’ conservative spending policies protect the asset, but allow the school to use a portion of the earnings. Just like personal savings or investments allow you to improve or maintain your home, purchase a new vehicle, pursue your interests, or provide for an education, Greenhills’ endowments allow us to provide the best possible education for our students.

Endowments and Funds for Tuition Assistance

This endowment supports middle- and low-income families and students, thereby creating a school that is socially, racially, economically, and culturally diverse.

Established in 2005 by Frank and Karen Gordon in response to the Edward E. Ford Foundation Challenge, this award provides financial assistance to students who otherwise would not be able to attend Greenhills.

Established in 2004 in response to the Edward E. Ford Foundation Challenge, this endowment supports the Greenhills mission: finding the best in all students while guiding and mentoring them through their individual process of self-discovery.

This award supports qualified students through their Greenhills journey.

Established when English teacher Lorne Forstner retired in 2004, this award supports Greenhills students’ discovery of the love of learning. Gifts made to this endowment in 2005 were given in response to the Edward E. Ford Foundation Challenge.

Established in 2012 in honor of former, at the time, Head of School Peter Fayroian. Mr. Fayroian has since returned to Greenhills and is again serving as Head of School.

Dedicated to the memory of forensics standout Ty Compere, this award is given to a Greenhills student who wants to participate on the forensics team.

Established by alumni Francie Youssef ’84 and her brother Issa Youssef ’86, in honor of their father, this fund supports need-based scholarship assistance for African-American students.

This endowment supports the general operations of Greenhills.

This fund honors Adrian Wade Wright, a student who represented the essence of the Greenhills mission through his pursuit of excellence inside and outside the classroom. The fund supports students’ attendance at conferences as well as counseling and diversity initiatives at the school.

Established in 2007 with gifts from the 10th Anniversary Gala and from gifts given in memory of Jim Posante, this fund supports and maintains the theater, art gallery, and the programs associated with the Campbell Center.

This fund supports and encourages highly skilled writing at Greenhills through the McDowell Fund for Writing Excellence Competition and through the Visiting Writer Program.

Established with the Edward E. Ford Foundation Challenge in 1985, this fund supports faculty salaries and raises.

Established in 2006, this fund honors the memory of beloved Greenhills staff member and parent Krystal Heitman by supporting student activities and events.

In 2005, Jeff Loomans ’85 and Patricia Munter established this fund, with a 1:1 challenge to all alumni, to provide supplemental medical benefits for retired faculty.

This fund promotes student interaction with academic, artistic, business, and scientific communities outside of Greenhills in order to increase student understanding of the real world.

Established in 1999 by David and Lois Baru, this endowment strengthens Greenhills art programs and the school’s reputation by having outside artists work with students or perform. The Class of 2004 adopted this fund in honor of Lorne Forstner.

This endowment, established by the Class of 2005, enhances the reputation of Greenhills by strengthening its science programs through presentations by experts and leaders in scientific fields.

Each year the Greenhills Mathematics Department awards a senior female student the Arleen Schwartz Excellence in Mathematics Scholarship. In honor of Mrs. Schwartz and in keeping with her goals of rewarding, encouraging, and promoting young women in their study of mathematics, the department makes this selection primarily on the basis of achievement in our math curriculum and interest in future study and use of mathematics. This award is accompanied by a college scholarship.

Each year the Greenhills Mathematics Department honors a senior as our Florence H. Leslie Outstanding Mathematics Student. The department makes this selection on the basis of achievement in our math curriculum, performance of mathematics outside of Greenhills (such as competitions, summer institutes, internships, and university courses), and service by sharing this talent within our community.

Established in 2016, this award recognizes seniors who have demonstrated academic and extracurricular excellence in the study of history and social sciences during their Greenhills careers. Recipients are selected based on their sustained engagement in, passion for, and commitment to critical historical investigation and analysis.

This award is presented to two seniors each of whom has exemplified and led others to exemplify those attributes so magnificently reflective of “The Spirit of Greenhills”: a commitment to excellence in all that they undertake; a mindfulness of the significance of living in a community that upholds high values, morals and ethics, and therefore of one’s personal obligation to contribute to one’s community, to enrich it, and when necessary, defend it; a willingness to take strong stands in support of what is right, even, or especially, when taking those stands can be expected to result in the need to endure the criticism of those who disagree.

This award was established in 1990 by former faculty member Jeanine DeLay in honor of her mother, an Ann Arbor teacher. Since 2002, the award has recognized faculty creativity, experimentation, and innovation.

The Jean Diekoff Latin Prize annually recognizes one Middle School and one Upper School Latin student for their performance, effort, and dedication. Originally established through the generosity of William Stegeman ‘80, the prize was renamed and re-dedicated in 2013 with support from Ms. Diekoff’s former students, colleagues, and friends in recognition of her devoted service as a Latin teacher and beloved member of the school community from 1971 through 1998.

The Jim Posante Award is given in memory of Jim Posante, who for 32 years brought a passion for theatre and teaching to the students at Greenhills. Jim sought and nurtured the best in his students, turning torchbearers into kings, chorus members into divas, and rude mechanicals into royal players. He made everyone around him, students and faculty alike, feel significant, on and off the stage. This award is given to students who have demonstrated a proficiency in and passion for the performing arts and who honor Jim’s spirit of wanting to bring out the best in others.

This endowment supports an athletic internship at Greenhills in partnership with the Academy for Sport Leadership.

Make a Gift
Saturday, April 24
COVID VACCINATION CLINIC AT GREENHILLS
Open to anyone ages 16 and up. Limited quantities available.