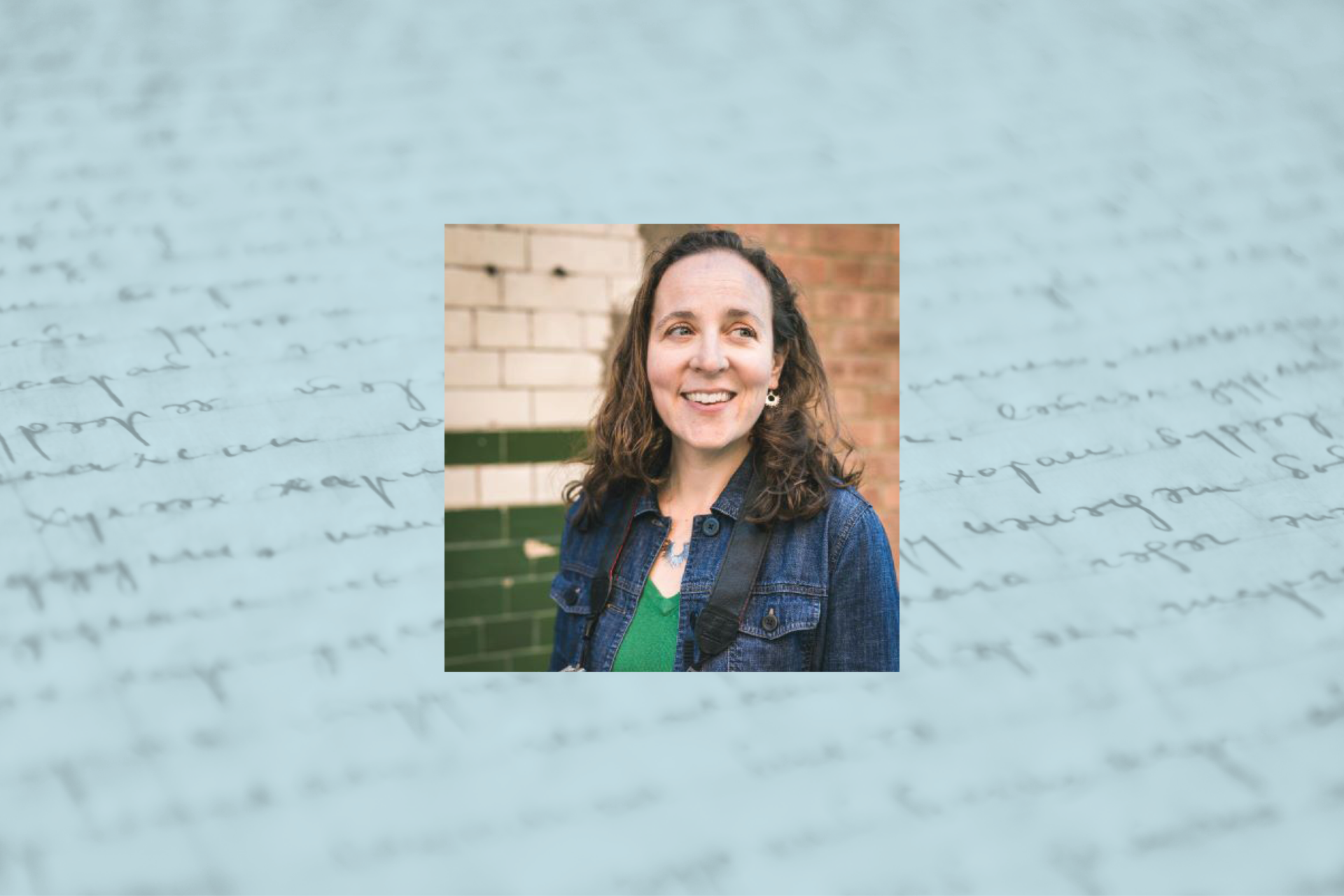 “Make time for creativity every day”, says Amelia Bookstein Kyazze ’93. “Everyone has a creative vein and tapping into that is rejuvenating.”

With all the energy she found from writing, Kyazze now has a debut novel being published in May 2021. Into the Mouth of the Lion is based on her notebooks and photographs from when she worked in Angola with Oxfam in the early 2000s. The book tells the story of a photographer looking for her missing sister during the last days of Angola’s civil war. Kyazze also writes short stories, reviews children’s literature, teaches creative writing at her children’s school, and takes on freelance work for charity organizations, in addition to her primary work as a copy editor.

Greenhills School had a strong influence on Kyazze and her life as a humanitarian worker, writer and editor. She entered the school as a 7th grader in 1987, the year before the school added a 6th grade. She became a “7th grade survivor” when she graduated in 1993. “I loved school”, she says “and I have such good memories from my years at Greenhills.”

The academic challenges were right up her alley, but she also thrived as a 3-sport athlete (soccer, volleyball and softball), and a cast member in the musical Grease for which she tried out on a whim in her senior year. As vice president of the class in her junior and senior years, she helped organize a school trip to Kentucky to work with Habitat for Humanity, gutting and rebuilding a family’s house, working side-by-side with the residents. Kyazze recalls that “we worked really hard” and “I think we made a huge difference.” Little did Kyazze know this trip would be followed by an 18-year career working all over the world for humanitarian organizations.

She credits Greenhills with teaching her the art of expository writing and photojournalism (Harlan Underhill), exposing her to the writings of Latin and African American female authors (Alyce Depree), integrating American history and literature (DePree and Bruce Zellers), and broadening her world. She vividly recalls Zellers sharing newspaper articles with his students about the wars in the Balkans.

“It opened my mind to the rest of the world,” Kyazze said. “I owe him a debt of gratitude.”

Kyazze discovered her love for anthropology in college at Cornell University. As a junior, she studied abroad in Nepal, immersing herself in Nepalese language and culture and conducting her own research on the post-revolutionary political views of the Nepalese people. With support from a Cornell photography grant, Kyazze took many photos from her time there which ended up comprising her final college project, a solo photographic exhibit.

For the next several years, Kyazze did advocacy work for a variety of organizations including Refugees International, Save the Children,and the British Red Cross. She travelled to Angola, where Into the Mouth of the Lion is set, as well as to the Democratic Republic of Congo, Darfur (Sudan), Uganda, Ethiopia, Indonesia, India and many other countries across Africa, Asia and Southern Europe documenting humanitarian crises and efforts to rebuild or prepare for future disasters. Her roles varied as she took on increasing responsibility, but mainly she was there to uncover the stories of what was really happening on the ground. She listened, photographed, wrote, and sometimes provided testimony before governmental agencies, including Congress and the United Nations. She even found time to complete a masters degree in International Relations at the London School of Economics.

With two young children, in 2015 Kyazze decided to shift her attention to her own creative writing, while also setting up a freelance business. She earned an M.A. degree through an evening program at London City University and still finds time to write every day, even if only for a few minutes. Writing is her creative outlet and she finds it energizing.

Kyazze lives in London with her husband and eight- and 11-year-old children. While she enjoys all the adventures in her life, she is also grateful for the balance she crafted for herself and her family.

She offers this advice: “We all have to make choices in our lives, but nothing is set in stone. Explore your interests and passions and let them be your guide.”