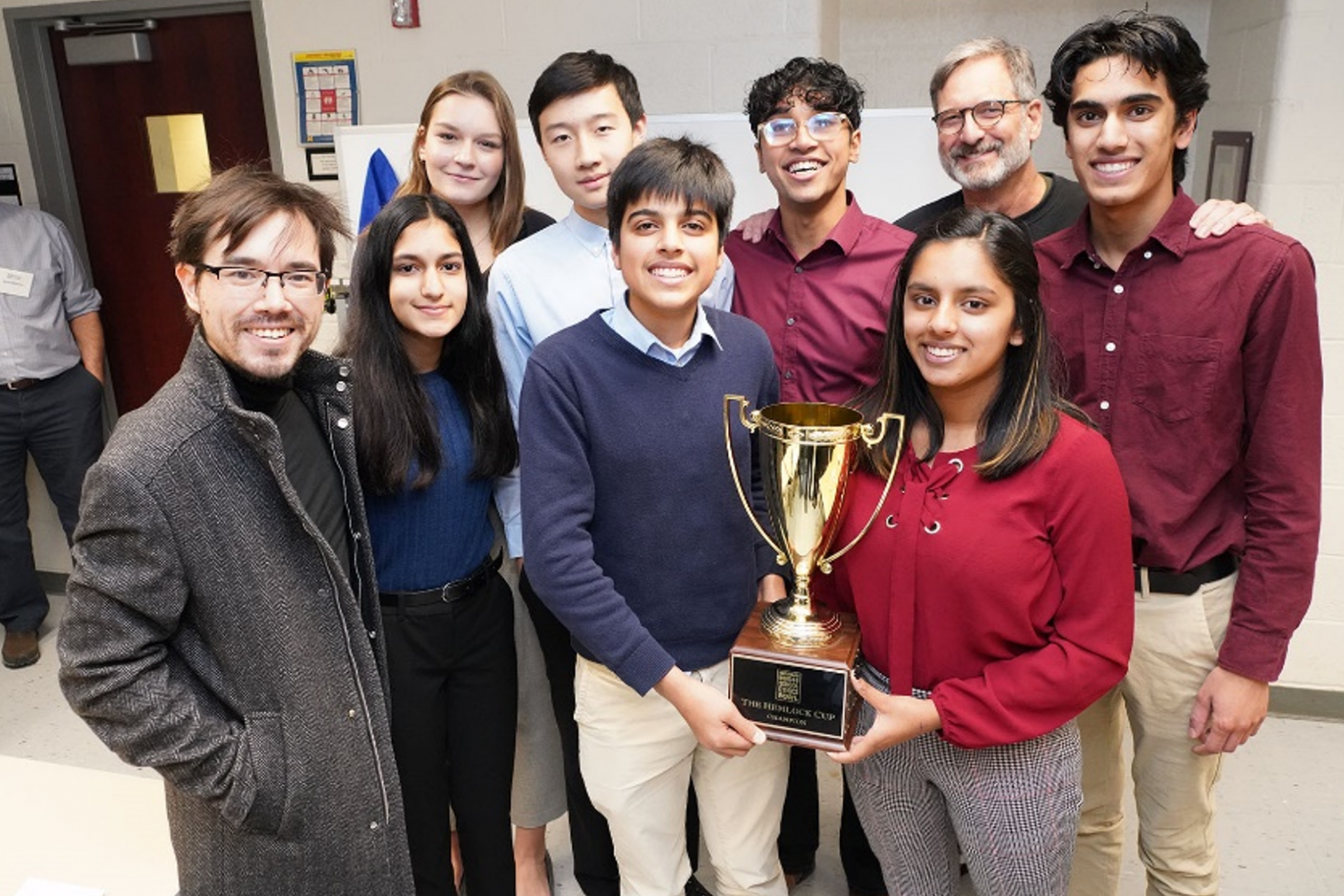 For the fifth time in the history of the Michigan State Ethics Bowl (organized by A2Ethics and the UM Philosophy Department), a Greenhills team methodically worked its way through an impressive field of teams (21 this year) to reach the final round of the state championship. Last year Greenhills fell to a capable Pioneer High School team in the Finals. But this year, when Greenhills and Pioneer met in what is fast becoming a friendly rivalry, the Greenhills Green Team emerged victorious (3-0). This recent Gryphon victory secures a third trip to the University of North Carolina, Chapel Hill, where the Parr Center will host the National High School Ethics Bowl. After winning the inaugural Michigan Bowl the 2014 squad served as the first team to represent Michigan at the National Bowl. When Greenhills returned to the National Bowl in 2016, they enjoyed the longest run of any Michigan team to date, reaching the semi-final round before falling in a split decision to East Chapel Hill, the eventual national champion. The 2020 team hopes to build on these successes, and the successes of other Michigan teams, at the 2020 National High School Ethics Bowl scheduled for April 17-19th.

The Greenhills victory was by no means a sure thing judging by the first day results. While some teams had romped to the quarters, the Greenhills Green team boasted only two clear victories, a split decision and finished with a tie. But, after breaking to the Quarters, the Greens shifted into a higher gear and bested a talented Saginaw team. They faced down a supremely capable WiHi squad in the Semis. And in the Finals, they prevailed against the 2019 State champs from Pioneer.

“Most importantly,” according to Coach Mark Randolph, “the team deported themselves in a thoughtful, kind, modest and capable manner. They demonstrated the same magnanimity in victory that they showed last year in defeat. Rudyard Kipling would have been proud. We have 2 rules for GH eBowling: 1) play the ball and 2) make friends. Both the Green and the Blue squads scored the highest marks according to this most important scoreboard.”

Though they were not able to break to the Quarters, the Greenhills Blue Team (who were enjoying their first taste of the competition) merit real praise for this year’s performance and the buzz they created about their potential for next year’s bowl. They include: Ben Colis, Ishan Nyati, Maria Fata, Cerella Zhuang, and Esme Dutta. The 2020 State Championship Green Team includes: Yusuf Mian (Captain), Aarushi Ganguly (Captain), Riley Pynnonen, Ryan Wang, Simrin Sahota, Arjun Purohit, Nik Srinivasan.

Please congratulate these students on their profound commitment and excellent result. Wish them the best of luck as they represent for Greenhills School and the state of Michigan at the National Bowl in Chapel Hill, NC!