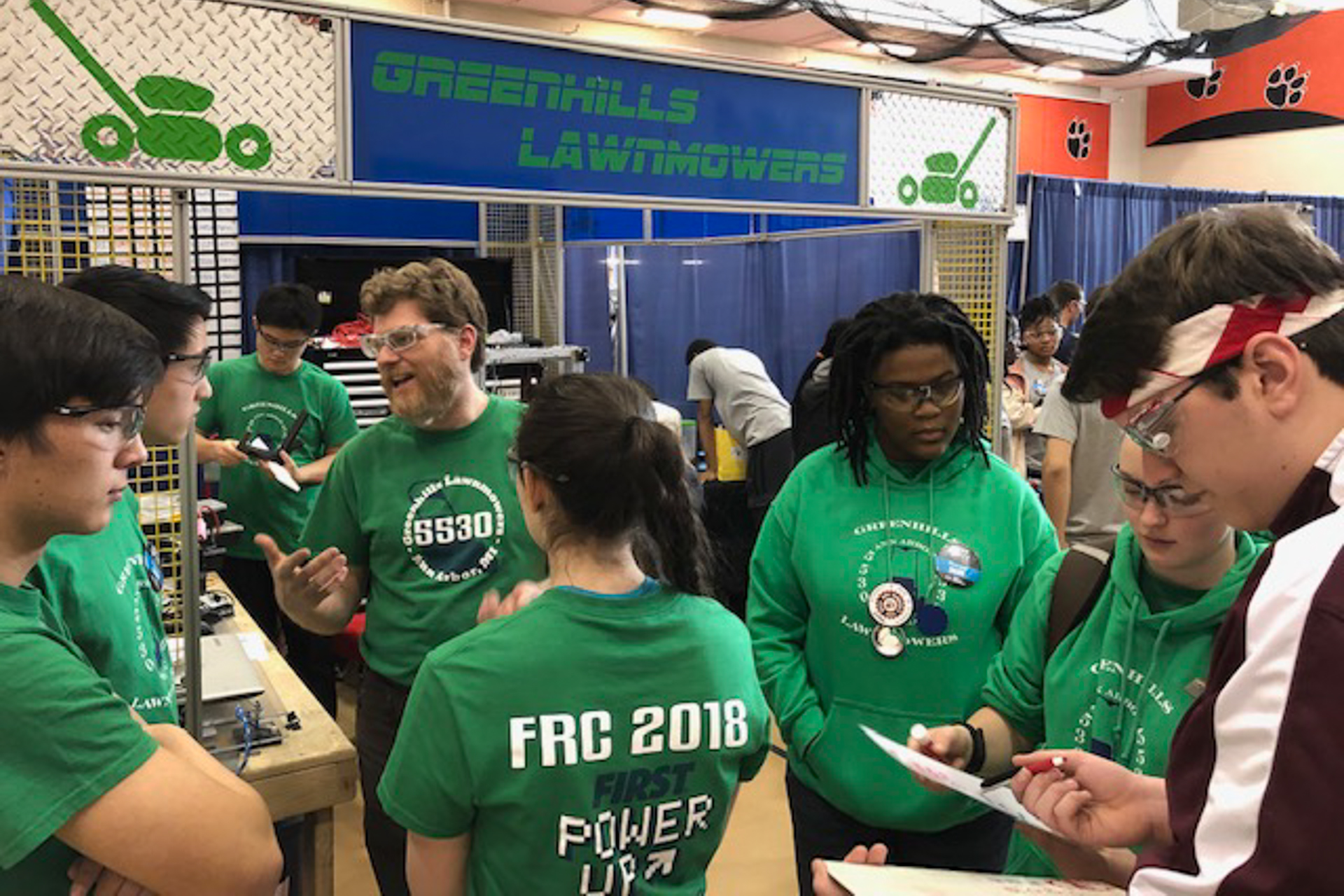 The Greenhills’ Lawnmowers had a successful run at our season opening district event in Belleville this past week. The theme this year for the FIRST Robotics Competition is ‘Destination Deep Space’ in honor of the 50th anniversary of landing on the moon. Teams compete in two and a half minute matches by filling rockets and cargo ships with simulated hatches and cargo, before returning to a raised launch base for ‘lift off’. Larry the robot is designed for ‘quick fast’ hatch and cargo drops, sensor guided autonomous hatch placement, and awe inspiring climbs to the highest platform aided by the team’s ‘downavator.’

The lawnmowers experienced some spectacular ups and downs at this event! We finished the qualification matches in ninth place out of 40 teams and we earned the top ranking score for our team’s ability to place ‘cargo’ into cargo bays and rockets. Team 5530 was selected to compete in the playoffs, and with our partners Team 2137 from Oxford and Team 6013 from Detroit, we won our semi-final matches, but lost in the quarter finals. The Lawnmowers earned and held the highest score of 75 points for 36 matches, and we were partners in a notable but ‘cringe worthy’ double robot collapse on the field. Our lead mentor Alex Monte-sano was nominated for the prestigious Woodie Flowers Mentoring Award, and our team mascot, Larry Jr. the Lawnmower, gained notoriety aided by the FIRST announcers and Field Assistants who pushed Larry Jr. across the field at the start of many of our matches.

Please join me in congratulating our team—being a Greenhills Lawnmower means that people hold different roles and participate in several different sub teams to ensure a successful competition. Members of the scouting group diligently gathered performance data on each of the 40 teams over the course of two days using a student design app and web based data analysis tool. Members of our strategy sub team seek out our alliance partners and collaboratively use the scouted data to prepare winning strategies for each match. Our pit crew maintains a safe working space, interacts with the FIRST judges who interview team members to learn how the robot works, troubleshoot issues, repair broken robot components, and lend a hand to other teams in need. The coding sub team tweaks sophisticated code based on observations of robot performance. Our drive team navigates the robot on the field in collaboration with our alliance partners for each of our 16 matches. The drive team is always in the public eye and performs with grace when we win, dignity when we lose, and sometimes exhibit a bit of legitimate outrage when we suffer questionable robot contact from our opponents. In addition, our team is aided by our adult mentors who are parents of students and volunteers from our sponsor Ford Motor Company. Many thanks to the Greenhills’ Parents in the stands who provided energy from cheers and healthy food during two exciting but long days. 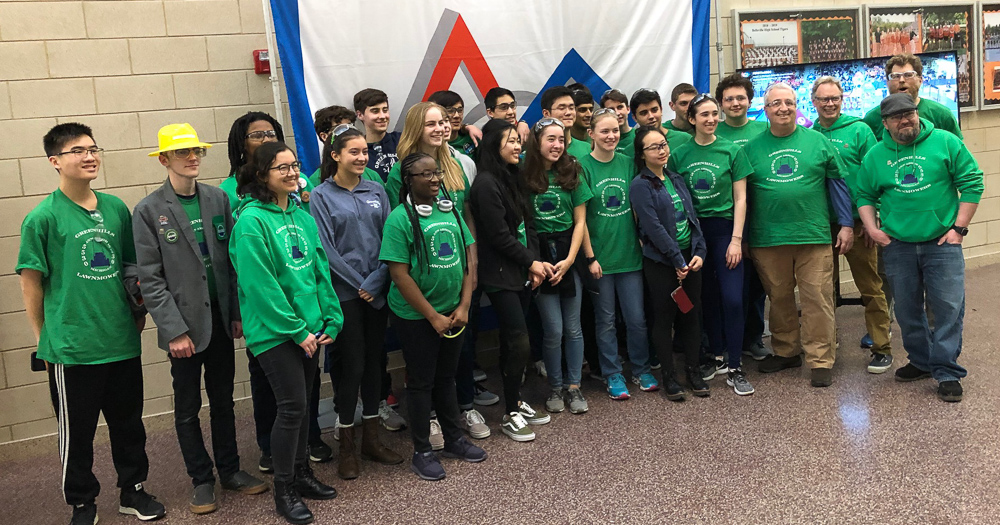