On June 2, Head of School Peter Fayroian presented the 2020 Senior Awards to twenty outstanding students. Traditionally, awardees would be recognized during an all-school assembly held at the end of the year. Thanks to the careful planning by faculty and staff—and parent involvement—we were able to surprise many of the recipients during cap and gown pickup while surrounded by family. 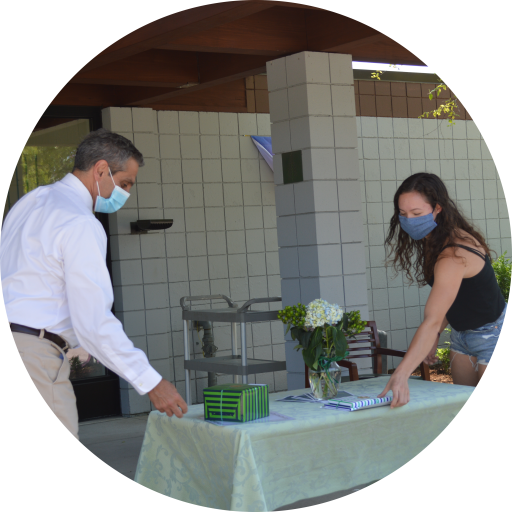 Class Valedictorian:  Allison Nishi
Awarded to the student with the distinction of ranking number one in the class. 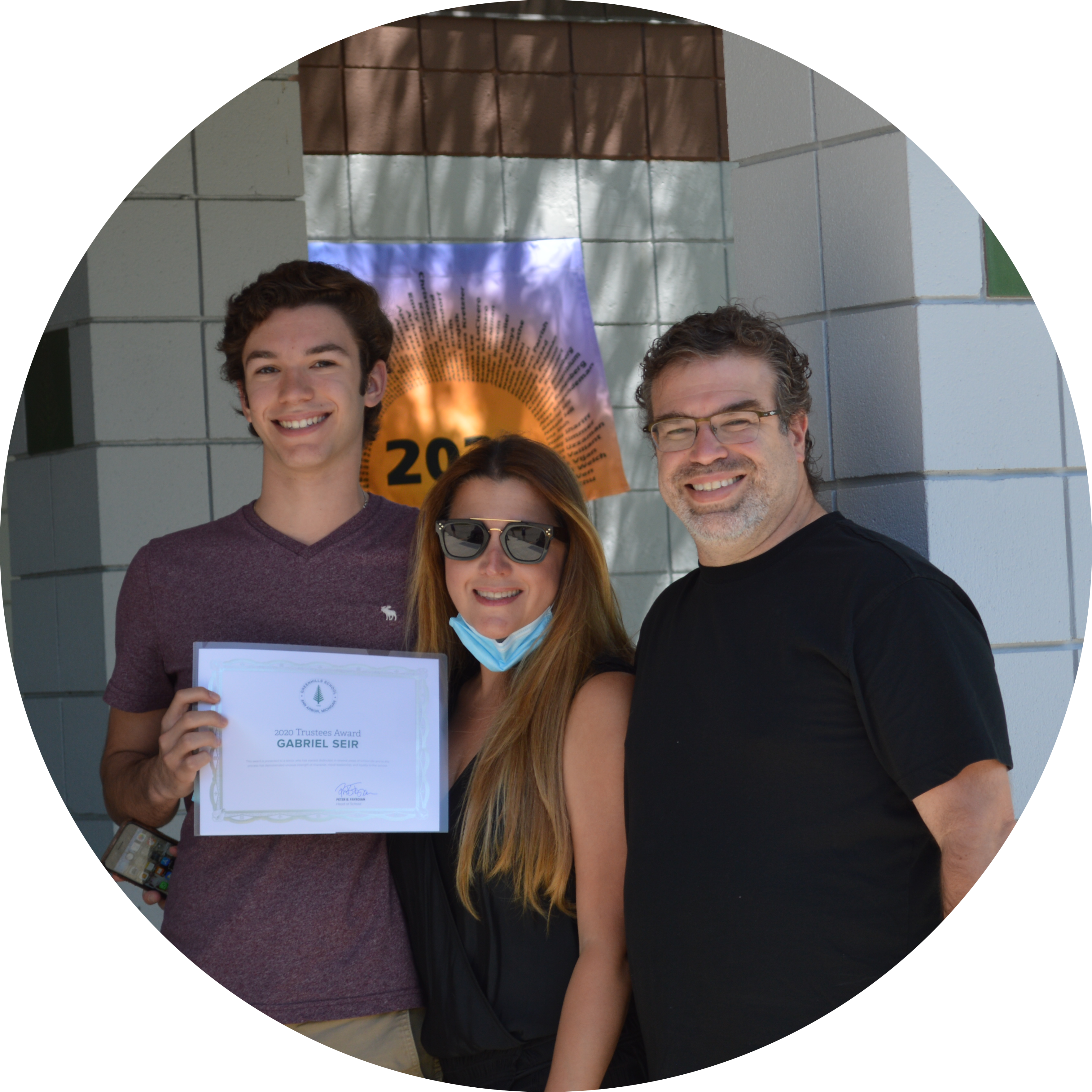 Trustees Award: Gabriel Seir
This award is presented to a senior who has earned distinction in several areas of the school life and in the process has demonstrated unusual strength of character, moral leadership, and loyalty to the school. 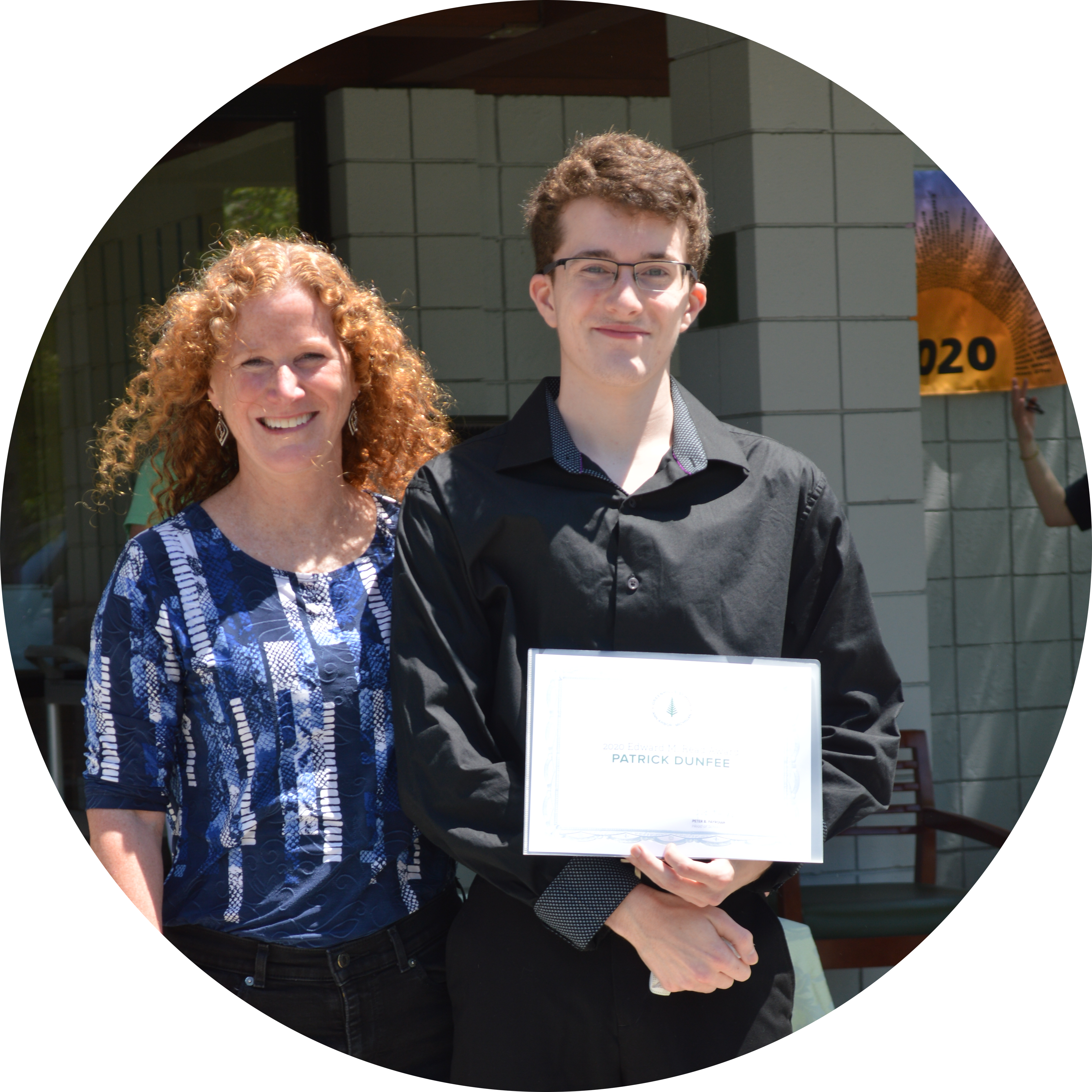 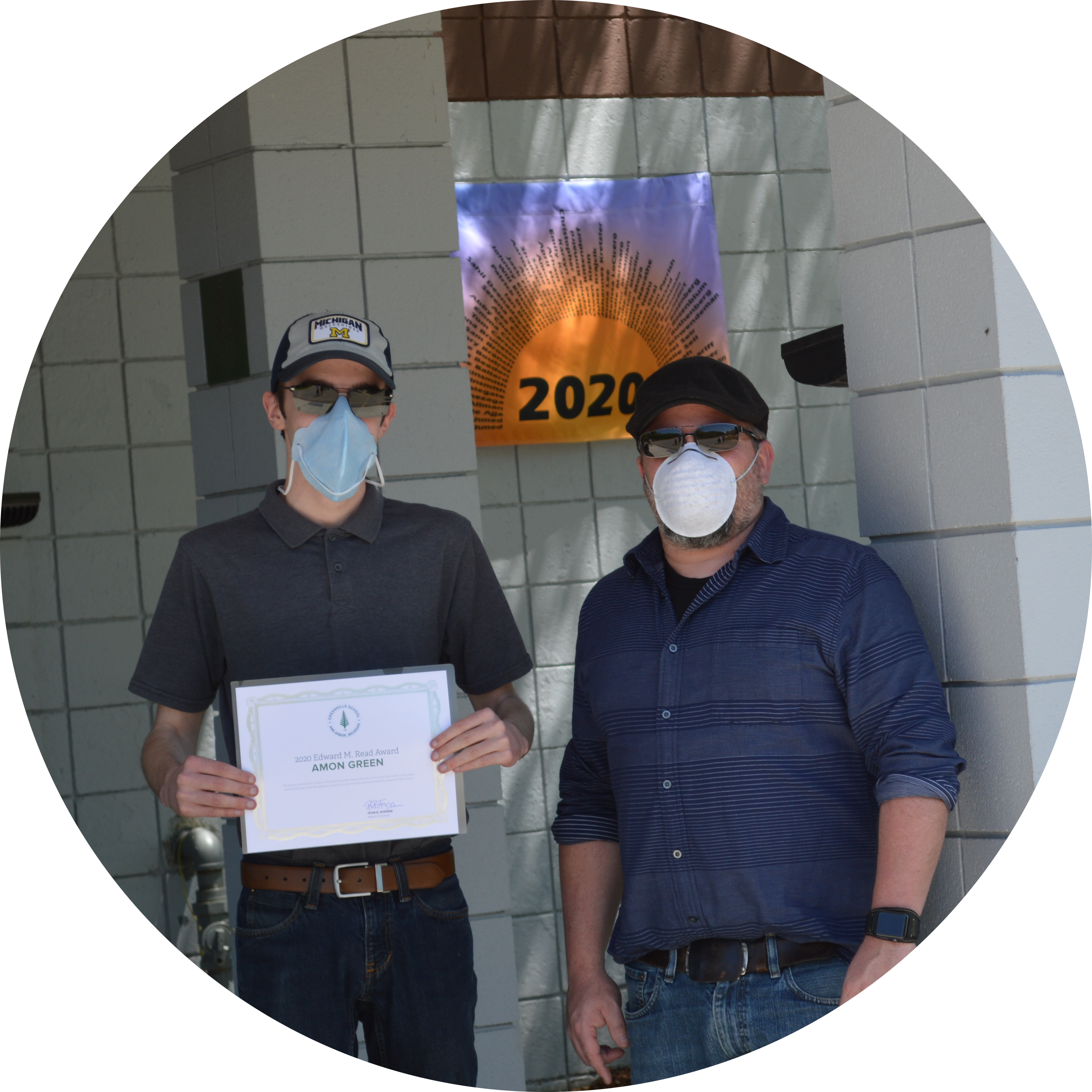 Edward M. Read Award: Patrick Dunfee, Amon Green
This award is presented to the senior who has made the greatest progress in mental, moral, and physical development and who thereby represents the very purpose of the school. 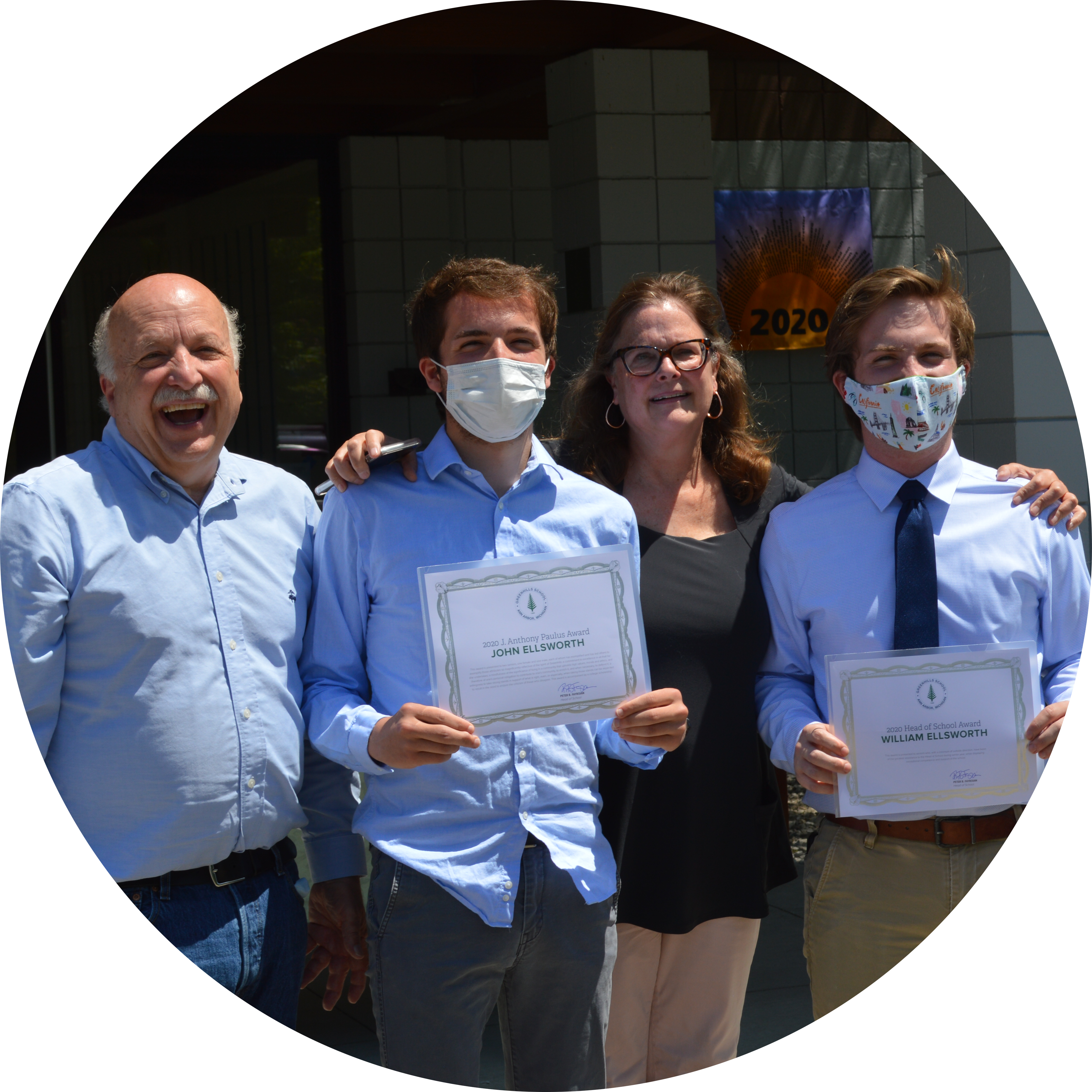 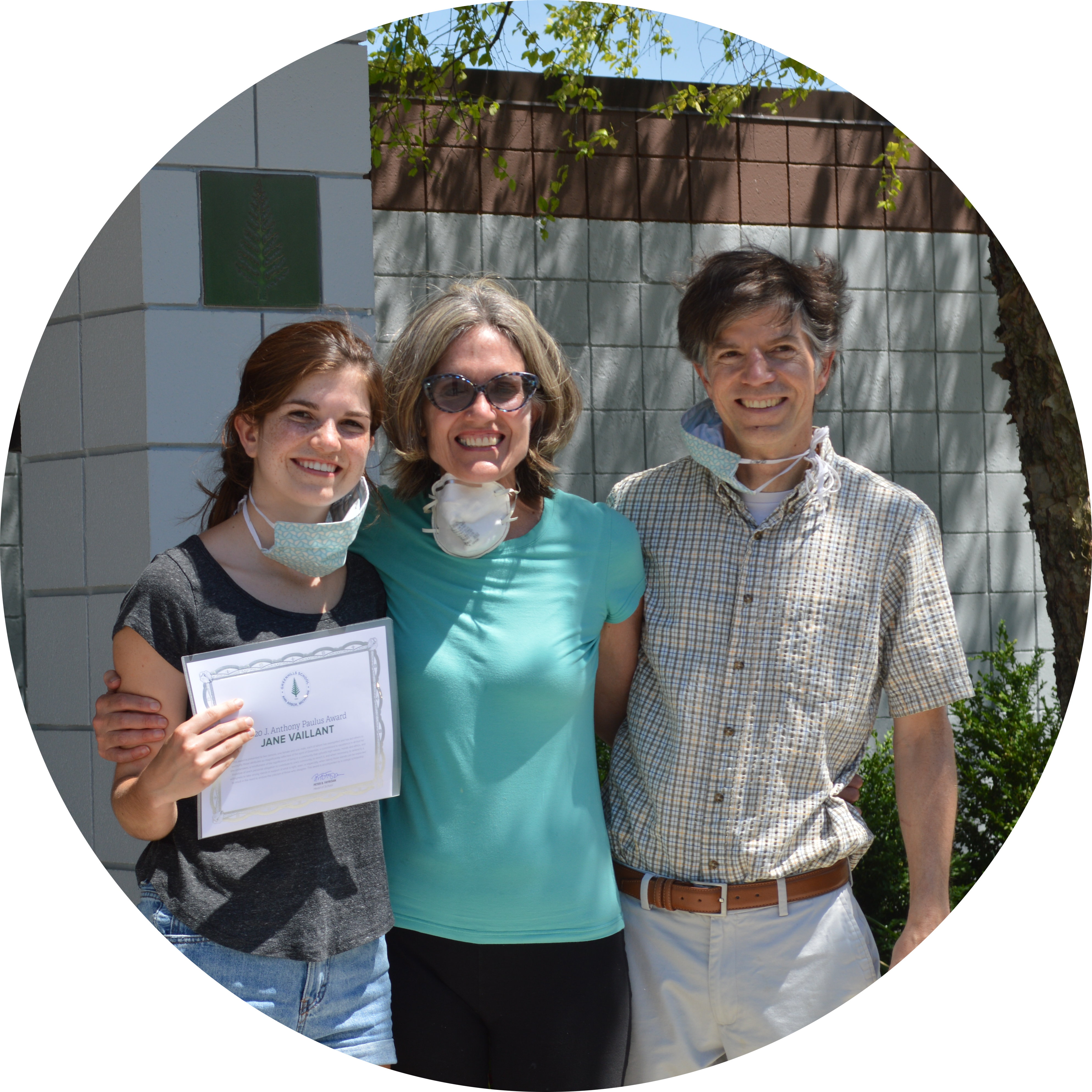 J. Anthony Paulus Award: John Ellsworth,  Jane Vaillant
This award is presented to two seniors each of whom has exemplified and led others to exemplify those attributes so magnificently reflective of “The Spirit of Greenhills”: a commitment to excellence in all that they undertake; mindfulness of the significance of living in a community that upholds high values, morals and ethics, and therefore of one’s personal obligation to contribute to one’s community, to enrich it, and when necessary, defend it; a willingness to take strong stands in support of what is right, even, or especially, when taking those stands can be expected to result in the need to endure the criticism of those who disagree. 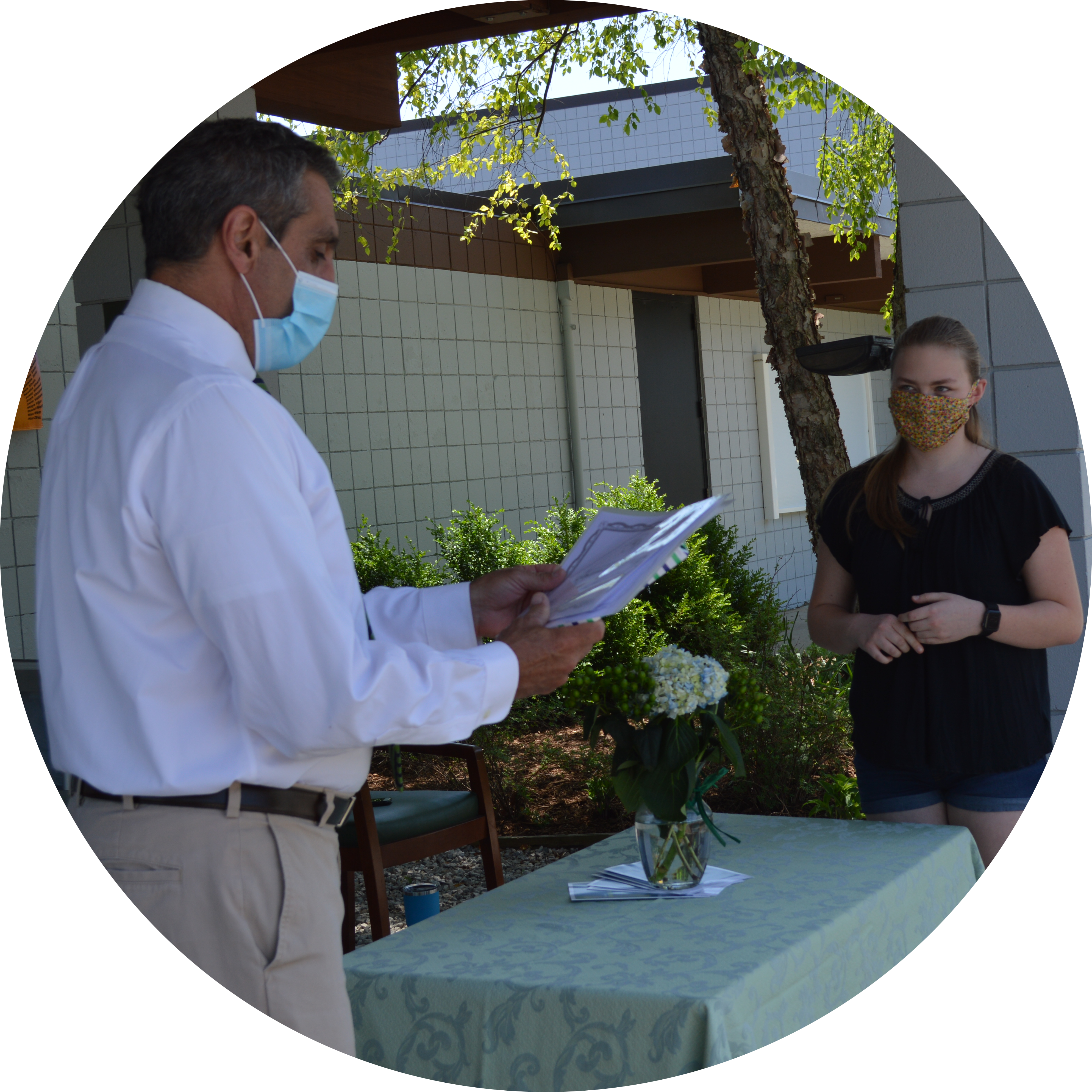 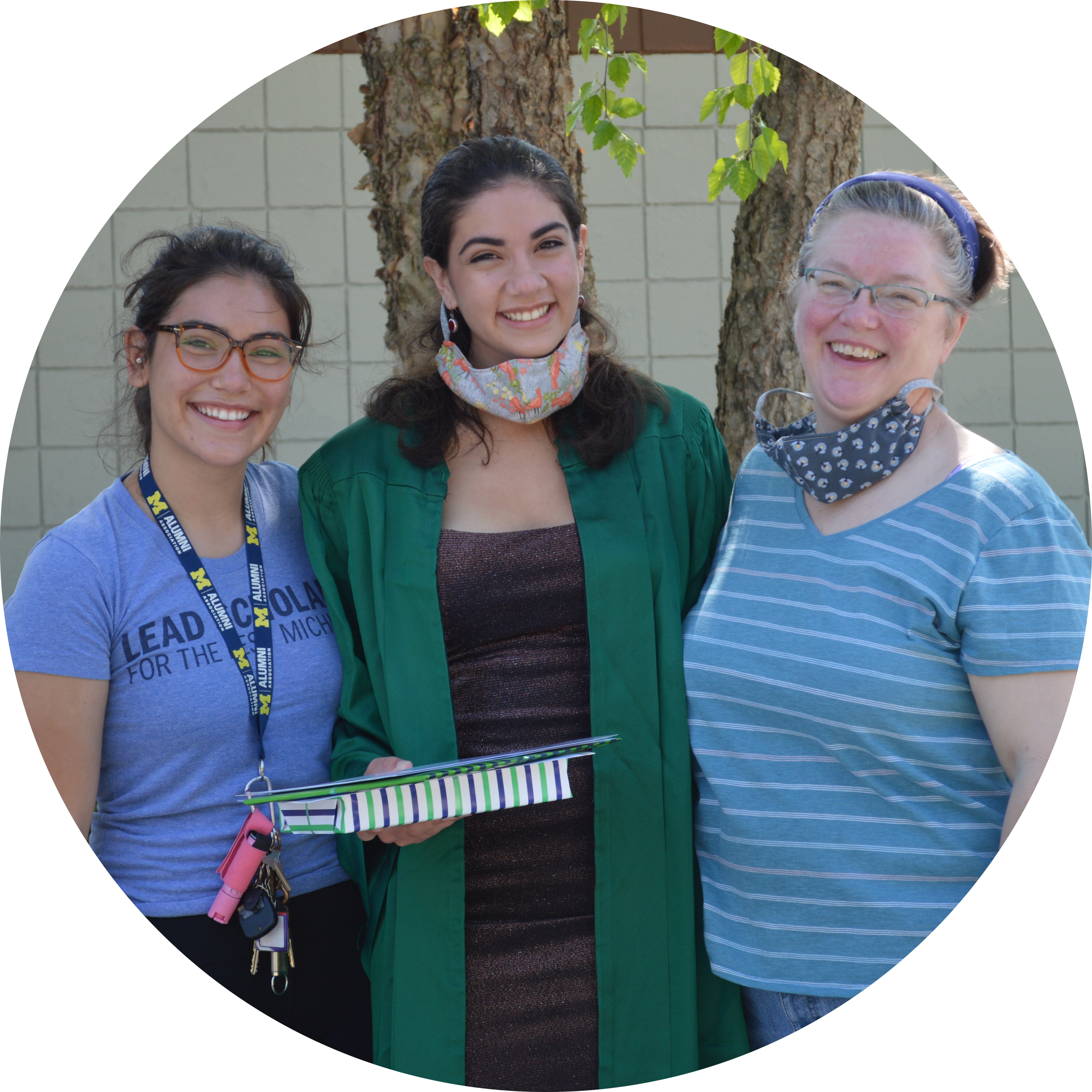 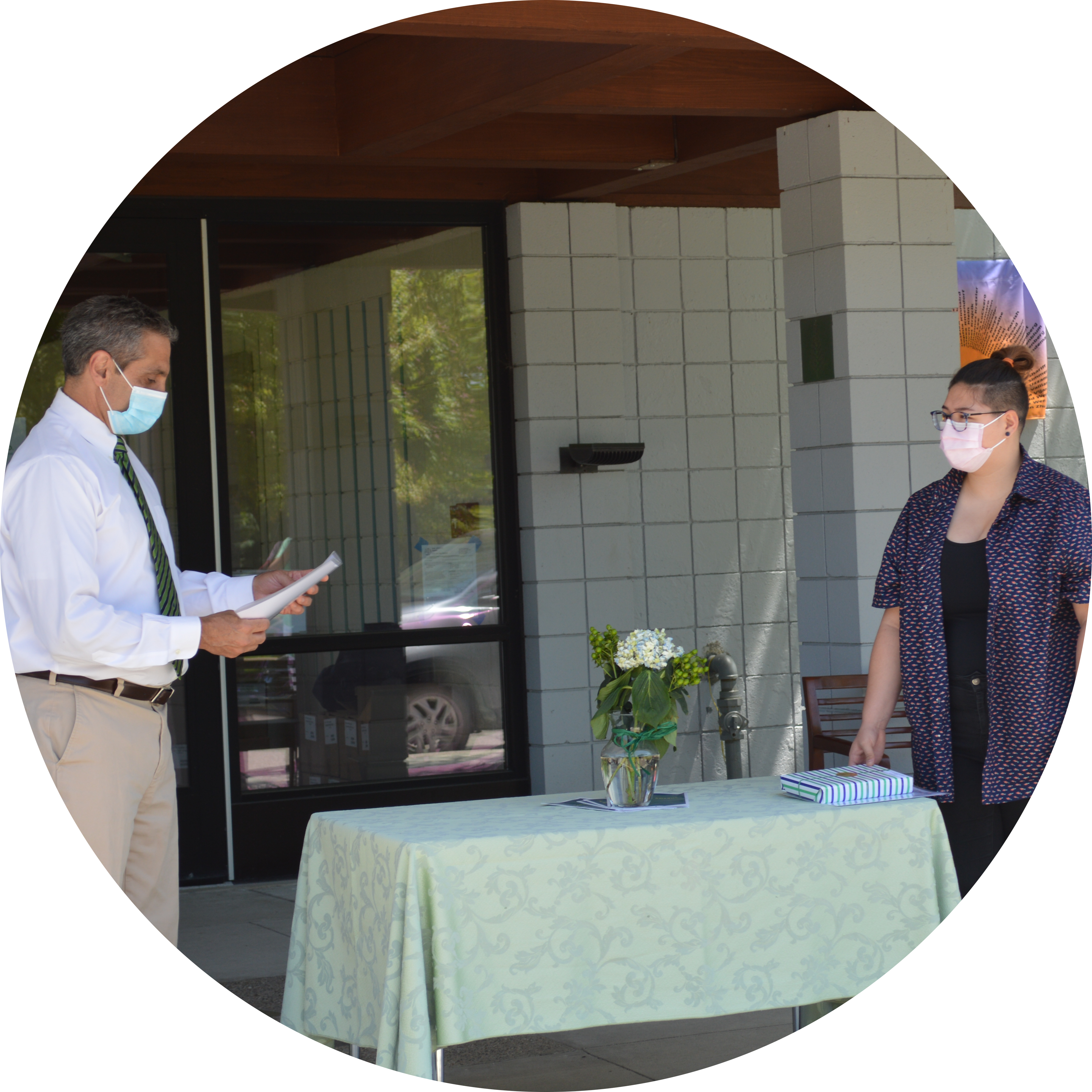 Head of School Award: Catherine Ballard, William Ellsworth, Karsyn Kazyak,
Melissa LoCicero, Natalie Sell, Alan Zhu
This award is presented to a few seniors who with a minimum of outside direction have been the greatest assistance to, and who have shown exceptional competence during the senior year and consistent support of, Greenhills School. Senior Athlete Award: Alan Atkinsmith, Karsyn Kazyak
This award is presented to the seniors in our athletic programs who earn the most varsity letters during their athletic careers at Greenhills. Varsity coaches from each sport determine the criteria for lettering in their respective sports and the athletic office tracks these awards over the course of an athlete’s career. The senior athlete award recognizes the value of school sport participation and the important role it plays at Greenhills.

Caroline F. Read Writing Award: Melissa LoCicero
This award was established by the trustees in 1975 to honor the wife of the founding headmaster. Caroline F. Read taught reading and study skills at Greenhills for a number of years and was the first faculty advisor for the school’s literary magazine. The award is given each year to a senior who exhibits excellence in the practice of literary or other composition and shows potential for the occupation of a writer. The award is based on manuscripts submitted by seniors who choose to enter the competition. This year the manuscripts for the Caroline F. Read Award were judged by those who were also judging entries for the McDowell Prizes in Creative Writing. The Caroline F. Read Award competition, however, is a separate contest, open only to seniors.

Arleen Schwartz Mathematics Scholarship: Catherine Ballard
Each year the Greenhills Mathematics Department awards a senior female student the Arleen Schwartz Excellence in Mathematics Scholarship. In honor of Mrs. Schwartz and in keeping with her goals of rewarding, encouraging, and promoting young women in their study of mathematics, the department makes this selection primarily on the basis of achievement in our math curriculum and interest in future study and use of mathematics. This award is accompanied by a college scholarship. 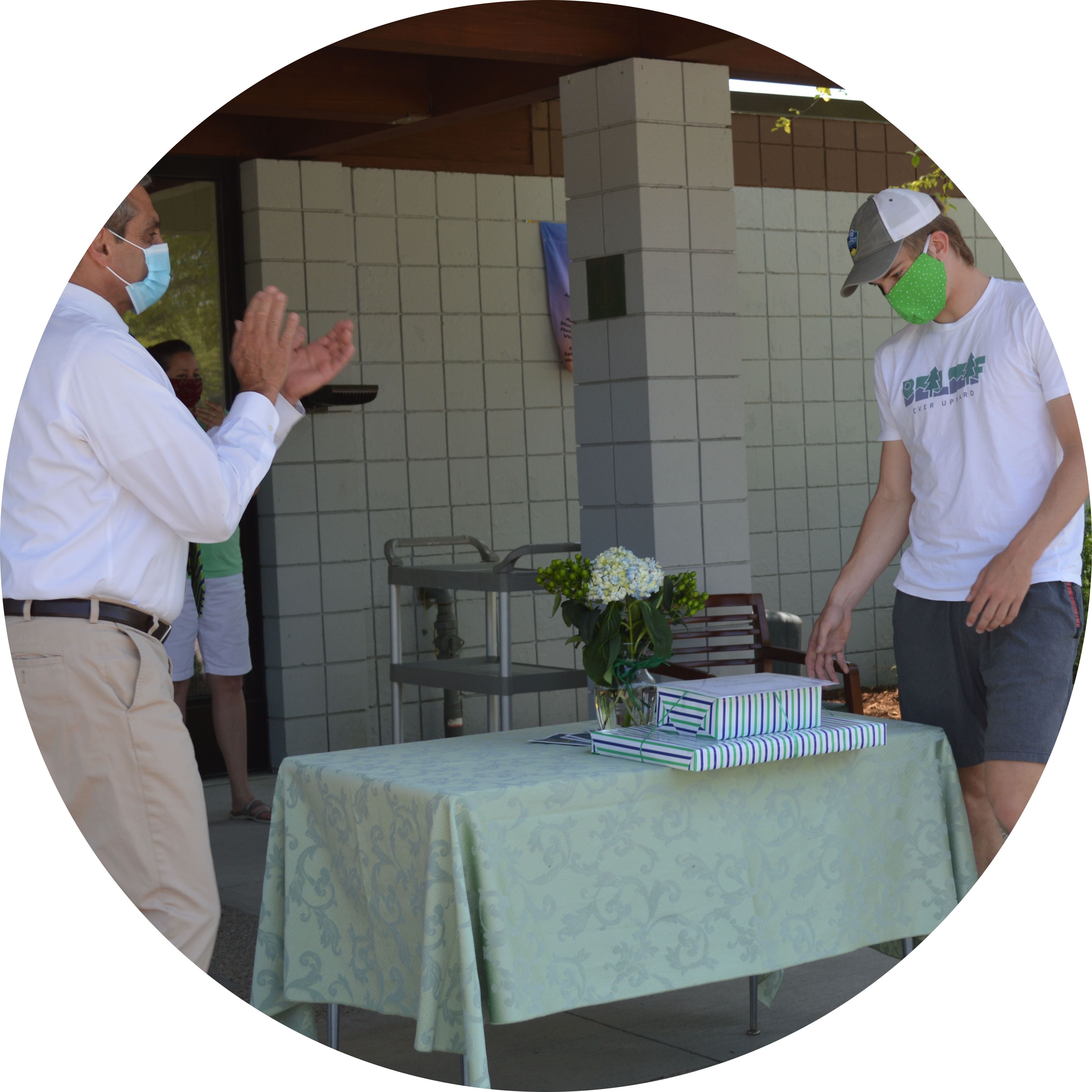 History and Social Sciences Award: John Henry Branch
Established in 2016, this award recognizes seniors who have demonstrated academic and extracurricular excellence in the study of history and social sciences during their Greenhills careers. Recipients are selected based on their sustained engagement in, passion for, and commitment to critical historical investigation and analysis.

Florence H. Leslie Math Prize: Alan Zhu
Each year the Greenhills Mathematics Department honors a senior as our Florence H. Leslie Outstanding Mathematics Student. The department makes this selection on the basis of achievement in our math curriculum, the performance of mathematics outside of Greenhills (such as competitions, summer institutes, internships, and university courses), and service by sharing this talent within our community.

Senior Arts Award: Alan Atkinsmith, Stuart Atkinsmith
This award, established in 2005, recognizes those seniors who have demonstrated consistent excellence in the arts program at Greenhills School. Criteria for the award include talent and artistry, participation in Greenhills arts programs, leadership and service, particularly in the senior year, and artistic growth. The Senior Arts Awards are presented to up to five seniors each year as determined by the arts faculty. Visual Arts recipients will have one of their works entered into the permanent art collection at Greenhills. Jim Posante Award: Melissa LoCicero, Chloe Rochefort
The Jim Posante Award is given in memory of Jim Posante, who for 32 years brought a passion for theatre and teaching to the students at Greenhills. Jim sought and nurtured the best in his students, turning torchbearers into kings, chorus members into divas, and rude mechanicals into royal players. He made everyone around him, students and faculty alike, feel significant, on and off the stage. This award is given to students who have demonstrated a proficiency in and passion for the performing arts and who honor Jim’s spirit of wanting to bring out the best in others. 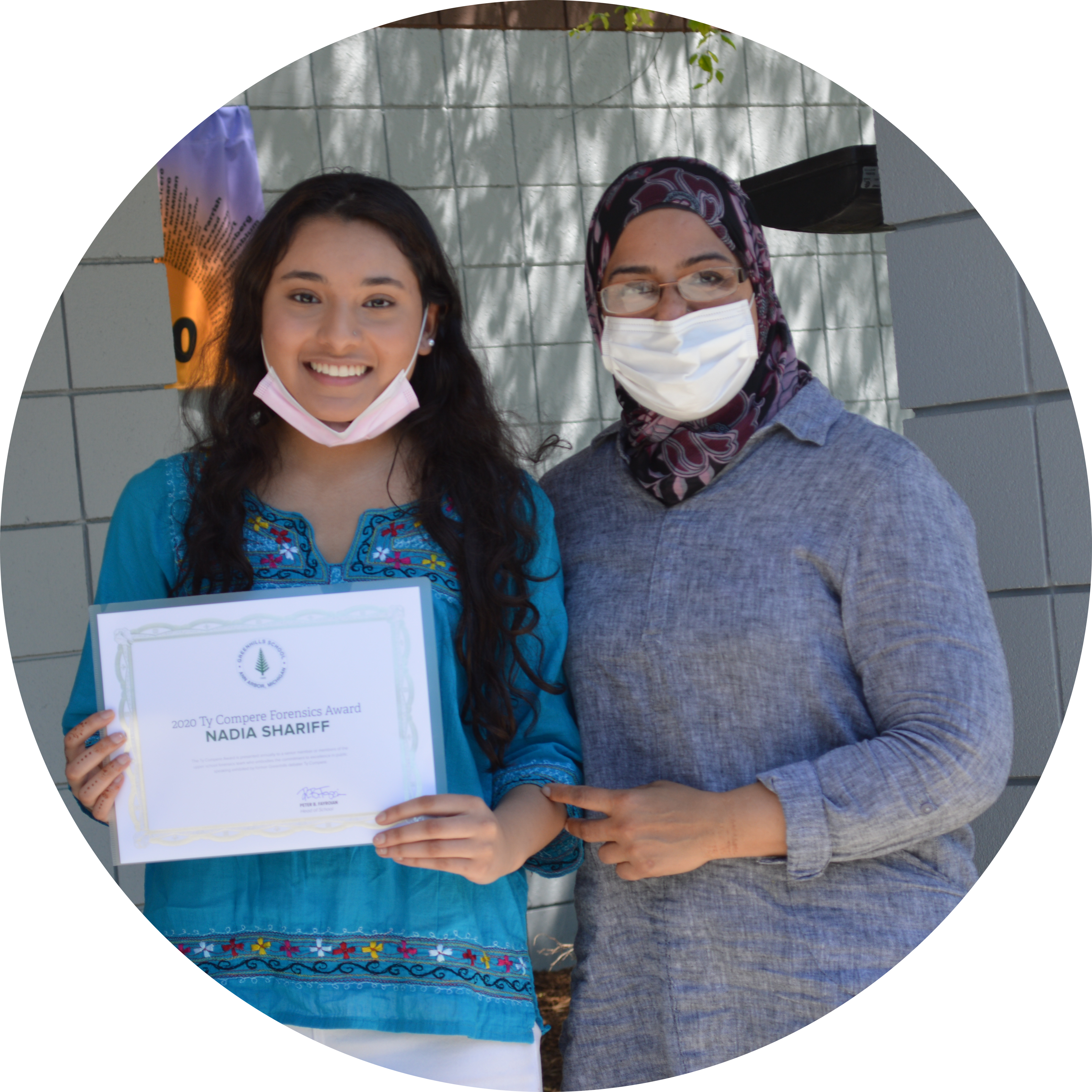 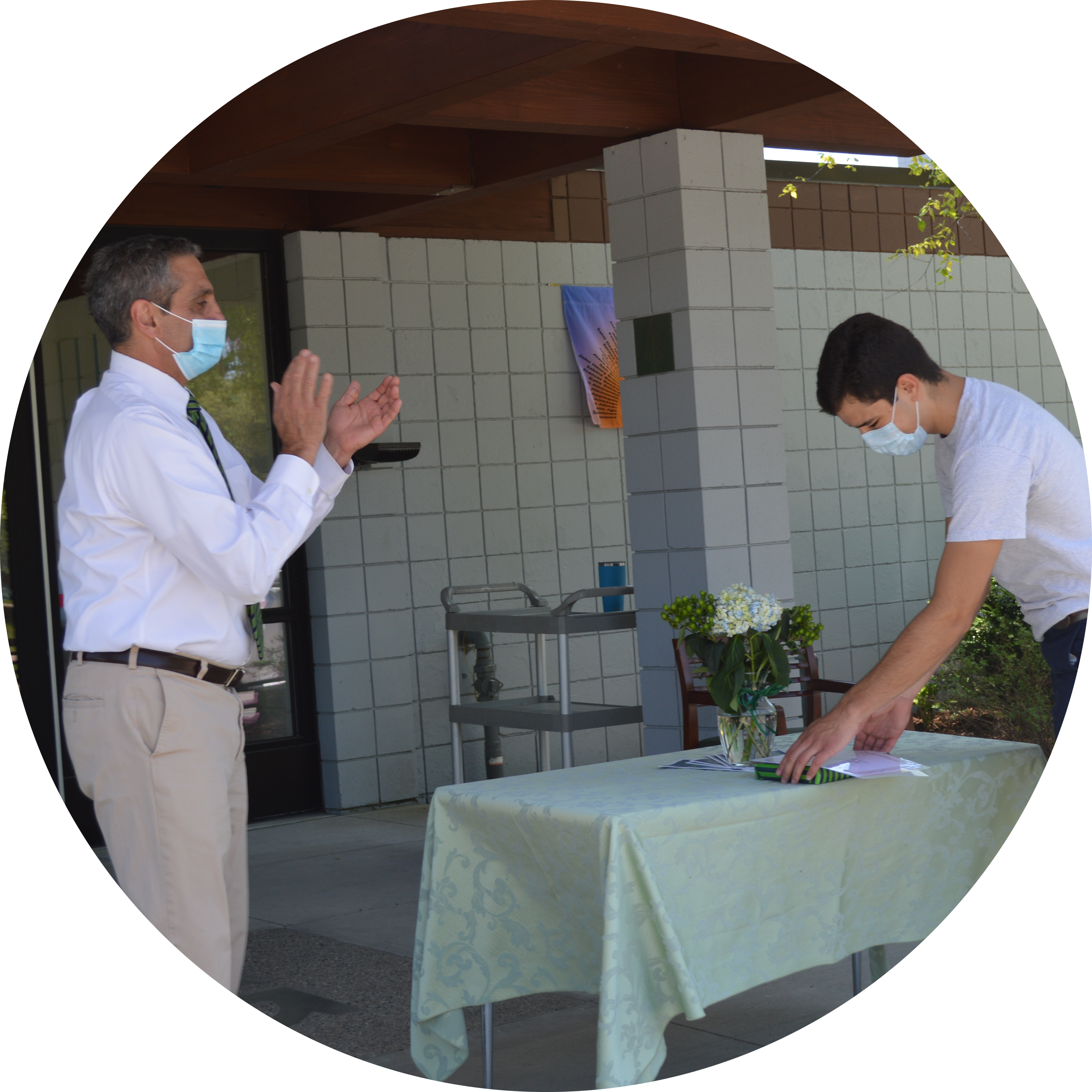 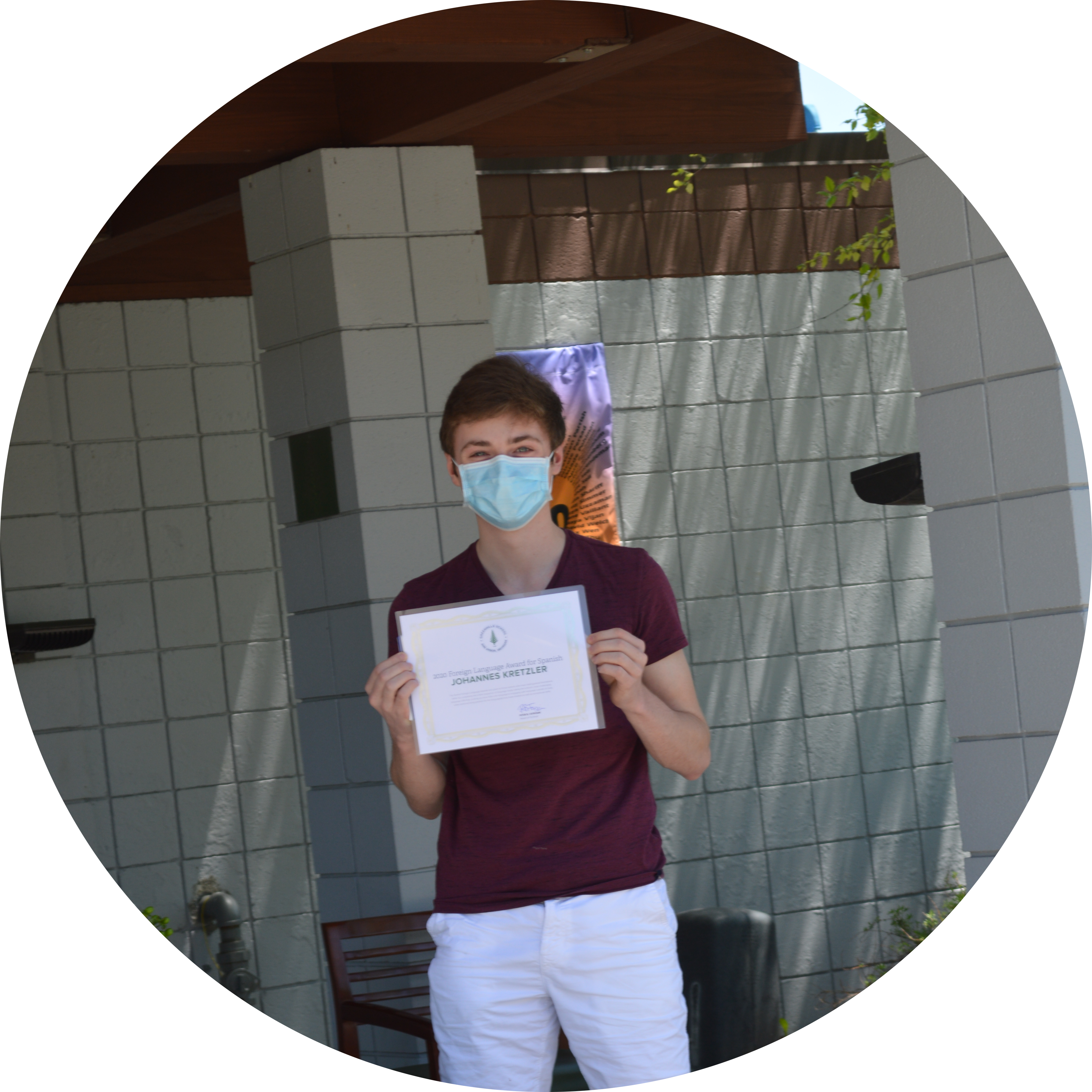 Foreign Language Awards: Adrian Moeller (Jean Diekoff Latin Prize),
Allison Nishi (French), Natalie Sell (Chinese), Johannes Kretzler (Spanish)
The Senior Foreign Language Awards are given to those seniors who have distinguished themselves either by completing the entire sequence of language study, taking the school’s most challenging language offerings, picking up more than one language or engaging with language outside of class, while demonstrating passion for the language(s) they have studied as well as exceptional skills.