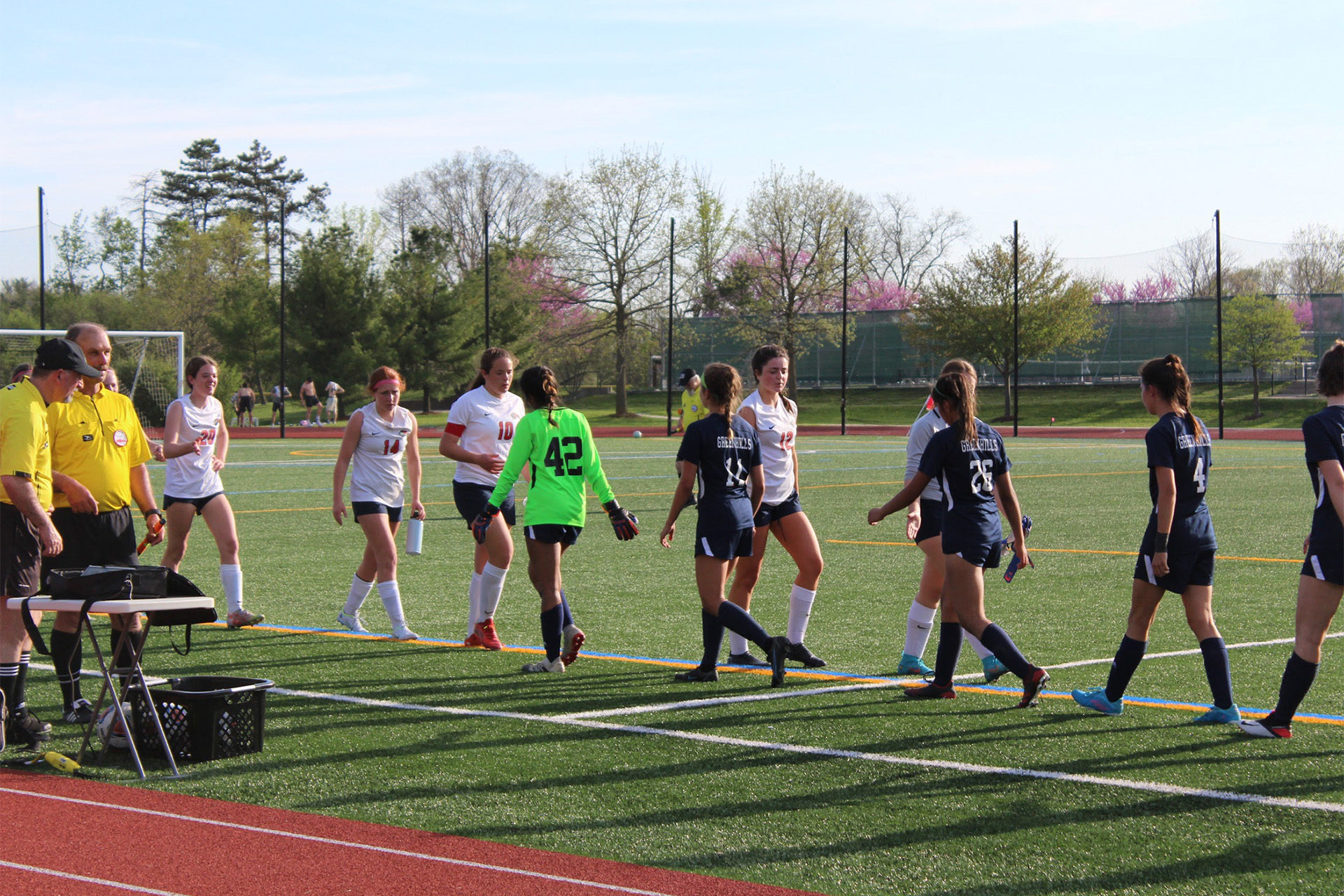 Written by Mustafa Zipapury, for The Alcove student newspaper.

The girls soccer team took on University of Liggett on Thursday, May 12. This was the second time the rival teams would play each other this season, and Greenhills earned a big victory for the team in its first meetup. However, hamstrung by several injuries, the team couldn’t pull off the repeat win, and fell 2-3.

“It definitely was a tough loss for the team, considering we beat them the last time we played that at their home,” said Monica Behrend ‘23, “but still we put up a great fight and if our team was healthy the result could have been different.”

With many players in various positions out, many players needed to step up and play positions they were not used to playing. They had to adjust their game style and learn how their new position works in a short period of time. Also the team has been forced to play more freshman than they normally do.

“Yeah, we have many girls filling in spots they usually do not play,” said Head Coach Luican Popescu. “It is not an easy transition as they have to learn how to play a different position very quickly, we are alsore forced to play more 9th graders, which puts us at a disadvantage as they are not the same size as other 17- or 18-year-olds on the field.”

Considering these roster changes, Popescu was impressed by the performance of the team in Monday’s game.

“The girls played their hearts out, and kept the game very competitive,” said Popsecu. “Even till the end it was very close. We put up a fight all the way to the last second. The attitude and culture in the time is to never give up. It does not matter when or where we have to play, even with all the issues with injuries and roster changes the girls have played very well.”

The team got off to a slow start and let in an early goal. However, as the game progressed they began to find their momentum and would strike back in the first half and even the score. Liggett again surged, and by the end of the half the Gryphons trailed 1-3. In the second half, goalkeeper Avni Mangrulkar ’22 stepped up and made nine saves to keep Greenhills in the game.

“Avni played incredibly today,” said Popsecu. “She was saving almost every shot. The other team was not able to score once in the second half and, considering how she trained for this spot for only two to three months, it was amazing”

Other players on the team were also energized by Mangrullkar’s performance.

“Her defense really gave us a shot at winning this game,” said forward Mia Melendez ‘25, “and with my goal in the second half we were truly close to winning.”

Though the Gryphons lost they felt pleased with their performance, especially considering the number of players who were unable to play due to injuries.

“Yeah it sucks to lose, but in the end we all played well and know that once all of our players are healthy we will definitely be stronger,” added Behrend.