Posted on September 2nd, 2021  Knowledge Base 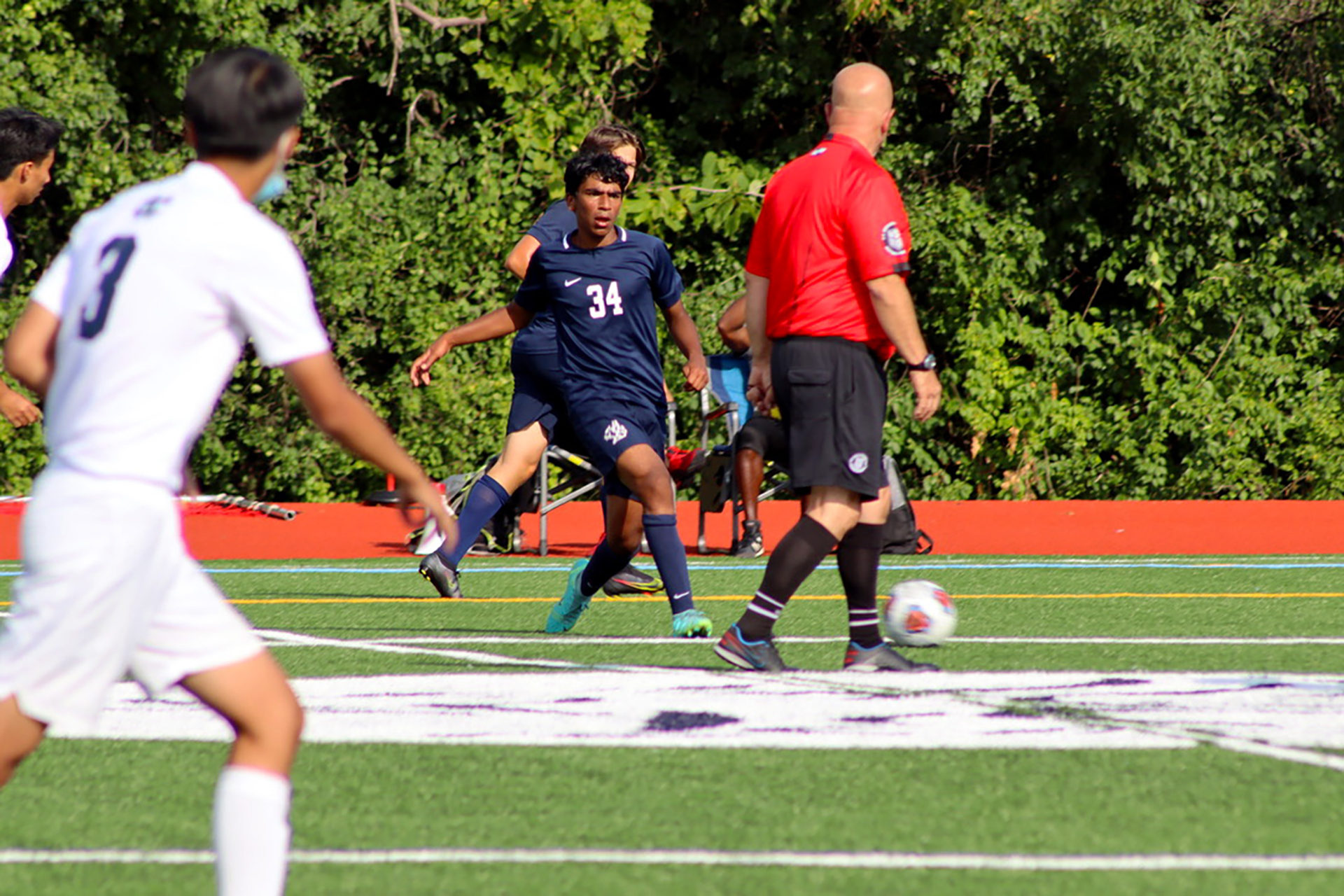 The outcome was decisive. The game play, however, was anything but.

The Greenhills Boys’ Soccer team took the field against Cranbrook Tuesday, and played to what can only be described as a virtual stalemate. There were no easy goals; no booming shots; nobody running away from the pack on either side. Greenhills allowed two goals on what amounted to toss-ups. The first came after a Cranbrook free kick squibbed through the Greenhills defense, leading to a skirmish in front of the net which took the ball out of keeper Cale Piedmonte-Lang’s sight. It took several rapid-fire bounces and pinballed into the goal. The second goal was similar: a Cranbrook header disappeared into a scrum in front of the net for a moment, long enough for it to volley back and forth then sneak just past Piedmonte-Lang’s outstretched, diving arms.

Those two moments of bad luck were enough to cost Greenhills the game. The 2-0 loss, the team’s third of the year, wasn’t the outcome anyone wanted, but it also exemplifies the tough luck the team has faced so far this season.

Greenhills has played three regular-season games so far this season, and lost all three — but they’ve been competitive in every game, well-matched against their opponents, and always a few lucky bounces of their own away from a win. The team has not allowed more than three goals in a game, and twice has held the opposition to only two, but has never managed to score more than one.

“We need to find a way to penetrate behind the defense,” said head coach Lucian Popescu. “What I’m looking at right now is to find solutions to that.”

It may be changing formations or rotating his players to give different strikers a chance. The team may also push players up from the JV squad in an effort to augment their offense. The team, Popescu says, is also still working to find its rhythm and its approach. It’s only been three games, after all; there’s a lot of season left to be played. 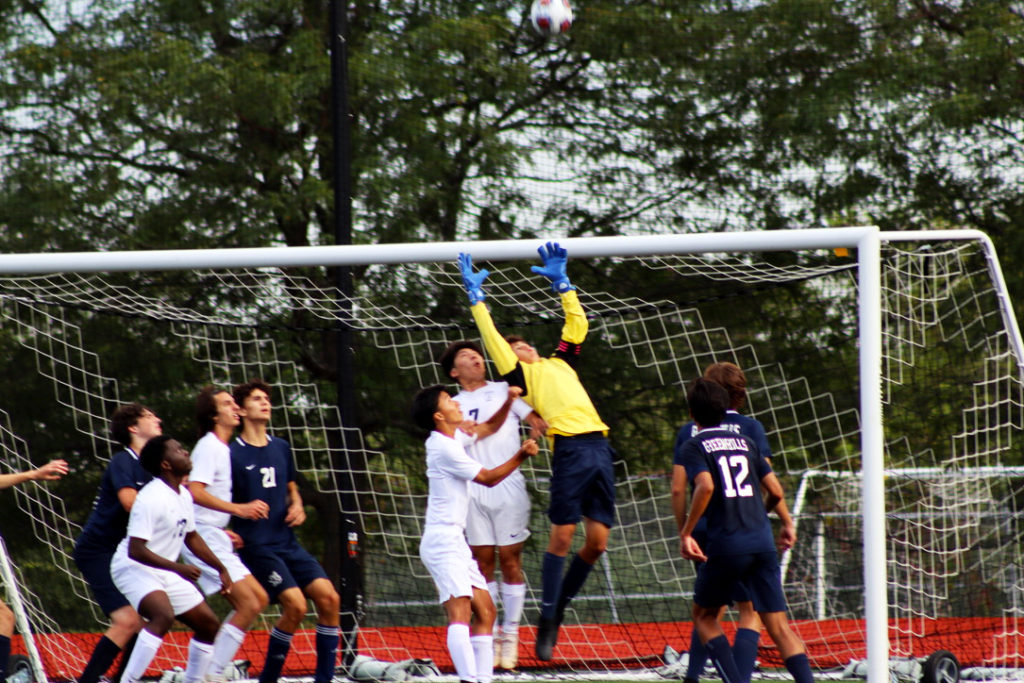 One bright spot for the Gryphons was Piedmonte-Lang’s performance in net. Cranbrook’s only goals came on two bleeders, the kind of shots that goalkeepers can do almost nothing to stop. Meanwhile, every time Cranbrook took a hard shot, Piedmonte-Lang was there to keep his team in the game, catching it or knocking it away. At times, he made plays that had even opposing fans applauding. Off a corner kick in the first half, for instance, Piedmonte-Lang leapt through the air to make a save around the neck of a Cranbrook striker, somehow corralling the ball and his opponent at once, leaving the crowd murmuring in disbelief.

“It’s what I expect from him,” Popescu said. “He’s a trained goalkeeper. He always does his best, every game.”

The team is playing a tough schedule: Cranbrook, Popescu said, is probably the toughest team in their league. He doesn’t want to make excuses, and insists that the better team won. At the same time, though, a 2-0 loss on two squibbed goals against the best team in the league in only the third game of the season isn’t a completely discouraging sign.

“We are in the process of improving,” Popescu said. “It’s still early in the season. This is probably the top team in the league so far, so we need to focus on the other games.”

With every practice, the team will get closer to Popescu’s goal of becoming one of the league’s dominant teams. He has some concrete goals for his squad: they need to find a way to neutralize opposing wing midfielders, and they need to find the alignment that puts each of their strikers in the position they’re most comfortable playing. What Popescu wants to work on most, though, is hard work. Determination. Fire.

“We need to match their intensity,” he said. “That’s the start. At times we matched them, but not all the time. You have to be consistent for 80 minutes if you want to win these close games.”

“At times we were capable of creating some half-chances,” he added, “but we were not able to turn those half-chances into real chances. The intensity that they have made the difference in the game.”