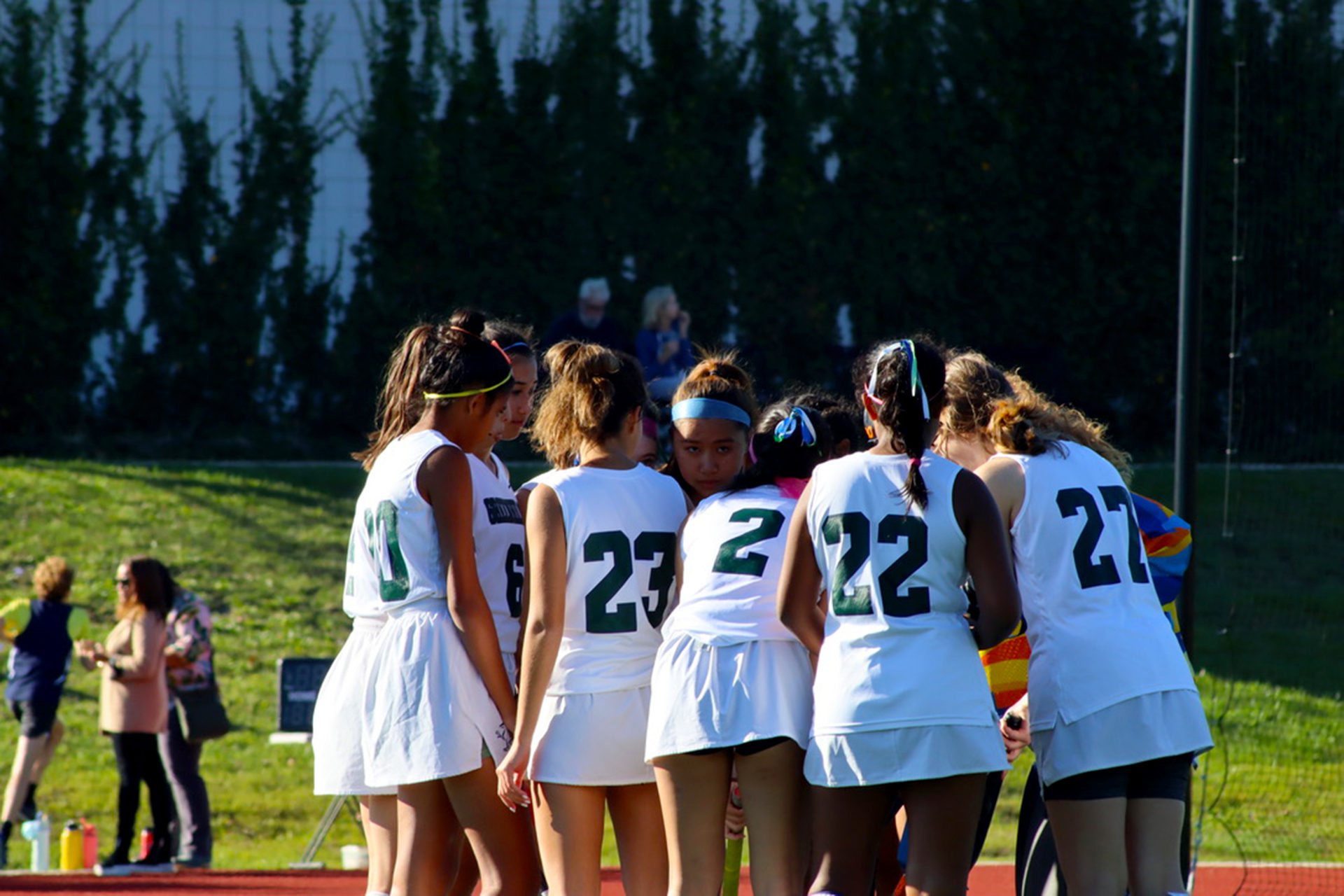 The Field Hockey team’s season ended Monday afternoon with a 1-0 playoff loss to Plymouth Canton. Several times, Greenhills seemed poised to tie the game or take the lead, but each time, the Gryphons were thwarted by one obstacle or another.

Even for a scoreless game, this one was particularly close. The score was 0-0 at the end of the first half; Plymouth Canton scored its only goal midway through the third quarter when a shot entered a scrum in front of the net, bounded back and forth between players as if it was caught in a pinball machine, and snuck its way into the goal. With only 18 seconds left in the third quarter, Greenhills had a chance to tie the game when the Gryphons were awarded a penalty shot, but Plymouth Canton’s goalie made a save to keep her team in the lead.

Midway through the fourth quarter, meanwhile, the Gryphons seemed to score the game-tying goal, and were already celebrating when officials waved it off, ruling that the ball had glanced off a player’s foot on its way into the net. Greenhills had several more scoring chances, but each time, Plymouth Canton’s goalkeeper stepped up to make a save, or a defender got in the way of a shot.

“It took us a little while to really show up how we wanted to,” said Head Coach Liza Ruggiero, “but in the second half we really started to bring the intensity and started to play to our potential, which we saw with that offensive push. We were pretty pleased with the second half, but unfortunately we just couldn’t convert those opportunities to a goal.” 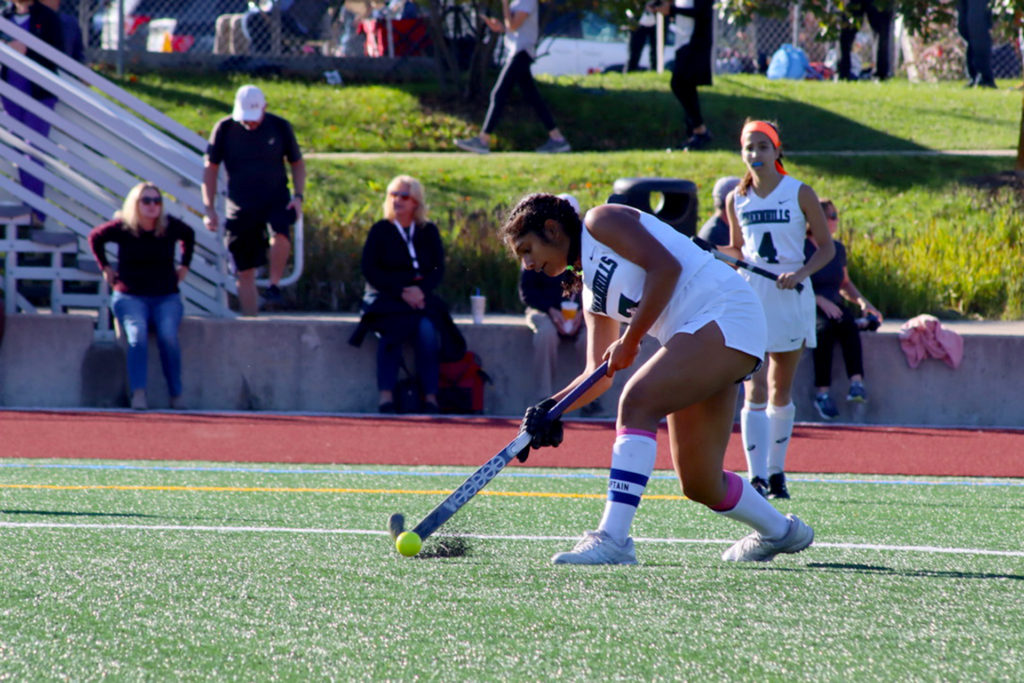 Indeed, Greenhills was slow out of the gate: Plymouth Canton spent much of the first half on offense, while Greenhills managed to deter one shot on goal after another. But things changed in the second half. Suddenly, the Gryphons were the ones on the attack, and Plymouth Canton was desperately protecting its goal. Ruggiero said that the changes came from adjustments coaches were making on the fly, between quarters and at halftime.

“We went back to the basics of our game,” she said. “We really focused on quick releases and finding our passing patterns, which we did in the second half. It was just a little too late.” 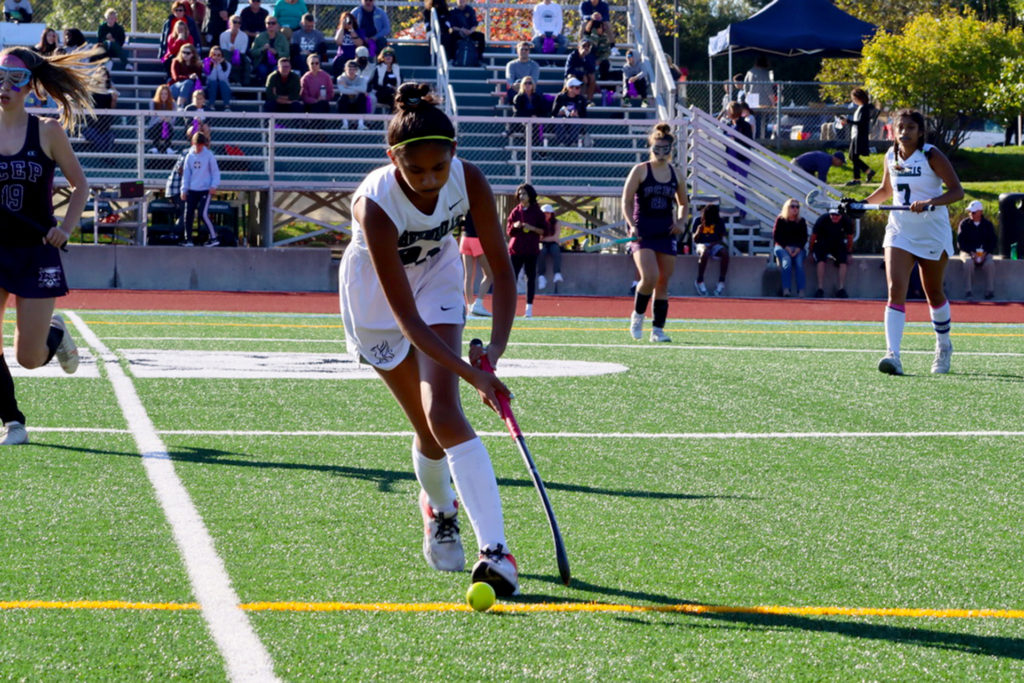 The Field Hockey team is a young one: the Gryphons only have two seniors, Maddie DeWalt and Anna Stoffel, while fielding eight freshmen and eight sophomores. The team has come a long way since preseason practices, Ruggiero said, and despite losing its two seniors, is poised to keep making progress next season.

“We’ve really seen that maturity develop throughout the course of this season,” she said. “It’s a hard way to lose, but we have a lot to look forward to.”

Of course, that doesn’t mean DeWalt and Stoffel won’t be missed. Both have played for the team for all four years of their time in upper school at Greenhills. In her final game for the Gryphons, Stoffel was in the starting lineup.

“Anna has just been such a positive force on the field and on this team,” Ruggiero said. “She’s the loudest cheering from the sidelines when she’s on the sidelines. She started this game and ended this game with her team, which is all we can ask for.”

DeWalt, meanwhile, who is also a captain, was unable to play, but led the team from the bench the entire game.

“Maddie brings a real depth of emotional intelligence,” Ruggiero said. “She’s so caring and thoughtful about her teammates, and that’s balanced by this insane work ethic that she has. She’s just a true athlete, and she really inspires her teammates. She was doing that from the sideline even though she was injured.”

Ruggiero didn’t highlight any individual performances on the field. Rather, she said, the game had been a true team effort. In the third quarter, when Greenhills kept up a sustained offensive push for nearly seven minutes, almost every player on the field touched the ball more than once. The passing-based game that Greenhills plays can only work if the full team is involved, and while the ball never found the back of the net, Greenhills’ passes were finding their targets. 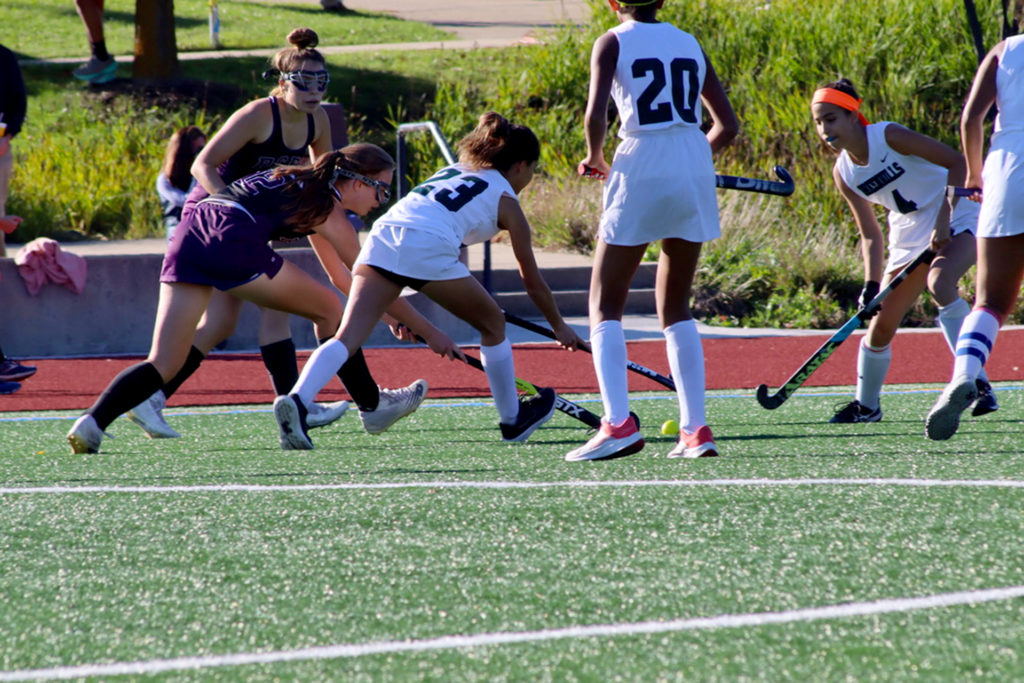 The lesson the coaches took from the game, Ruggiero said, wasn’t disappointment or sadness, even after a heartbreaking loss.

“The main takeaway for me and my fellow coaches is that it’s a privilege to coach Greenhills players,” she said. “They are exceptionally coachable and kind, and a joy to be around. Even when we’re walking away with a disappointment, we feel grateful for the opportunity.”