There was a stretch in the middle of the Boys Tennis team’s season when things didn’t seem so good. Several players were injured or sick, and some of the results the team wanted weren’t quite showing up. The team finished at the top of the Catholic League regular season standings, but then finished second at the league tournament.

“We had a little bit of a tough stretch,” said senior captain Mert Oral. “A few of us, myself included, were a little dinged up, and we kind of forgot how good we are at full strength.”

But then the team went to its regional tournament and pulled out a dramatic win in the last few matches of the day, and in the process, remembered how good they could be. Now, the Gryphons prepare to head to the State Championship, confidence restored and looking for a win,

“The momentum we gained last week at the regionals, we’re ready to build off that,” Oral said. “We’re ready to just play and compete hard one last time Friday and Saturday.”

The team took the court Tuesday for a scrimmage against Pioneer, a final tune-up before States. Several players on both teams were dealing with lingering injuries or illness, so both squads took things easy. Greenhills’ #1 doubles team wasn’t playing, so Oral, who plays #1 singles for the Gryphons, joined his Pioneer counterpart for an exhibition match against Pioneer’s #1 doubles duo.

Though it was just a scrimmage, it was also the last home match for the program’s seniors, some of whom have played for head coach Eric Gajar for all four years of their Greenhills high school careers.

“It’s a little tough to watch them go,” Gajar said. 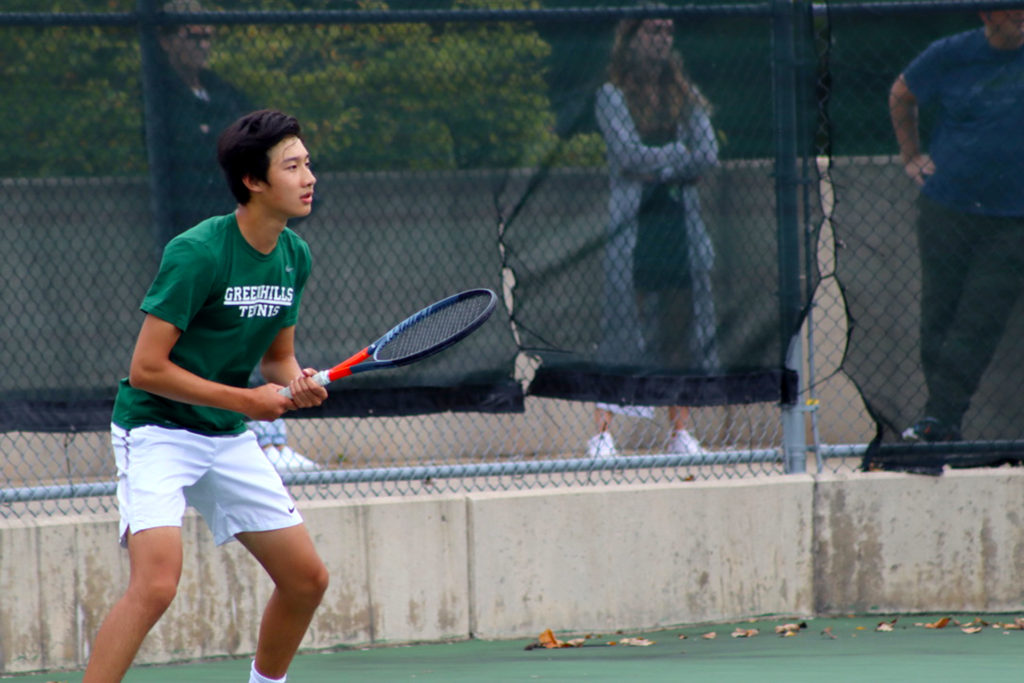 With States looming, the team is laser-focused on getting healthy and staying prepared. The coaches are stressing hydration, nutrition, and rest. They’ve been telling the team all year that the finish line comes in Midland on October 15th. Now, that finish line is approaching.

They’re also using the team’s last few practices to get as prepared as they possibly can for the State Finals.

“We’re working on things that we know we have to get better at down the stretch, things that we have to be conscious of on the court, be it with our opponents or with ourselves,” Gajar said. “We’re using these last precious minutes of practice time to get some stuff done, address a few issues, and have some fun.”

Last year at the State Championship, Greenhills attempted to win its third consecutive state title, but fell short against Cranbrook-Kingswood by the slimmest of margins: a single set. Now the Gryphons will attempt to reclaim their spot at the top of the rankings. The team also knows, though, that after a long stretch of winning seasons, despite seeking redemption of their own this year, they’re also the team that a number of other squads want to dethrone.

“We’re heading into the tournament as a team with a bit of a target on our backs,” Oral said. “Every team, every player that’s made it to the state tournament has obviously played at an extremely high level, so we’re trying to be ready for everyone.” 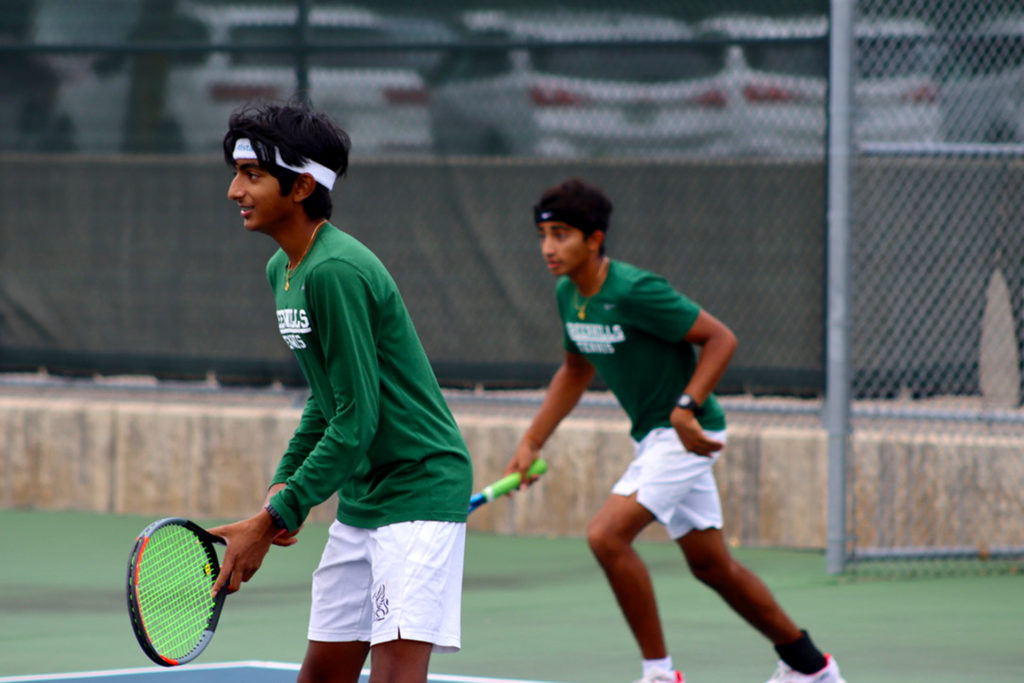 That doesn’t mean, of course, that the Gryphons are intimidated.

“We’ve seen the other top teams in the power rankings — Cranbrook, Country Day, St. Claire, Grand Rapids Christian — a couple of times, so we know what to expect,” Oral said. “We just have to be as ready as possible on Friday and Saturday.”

The team knows what to expect, and Gajar said they’re ready for it. Everyone penciled in to compete at States, he said, feels like they have a chance to win. The team isn’t praying for a lucky draw that will ease them through to the finals; they know that to win a state championship, you have to beat the best teams in the state, and they’re ready for whatever the draw sends their way. 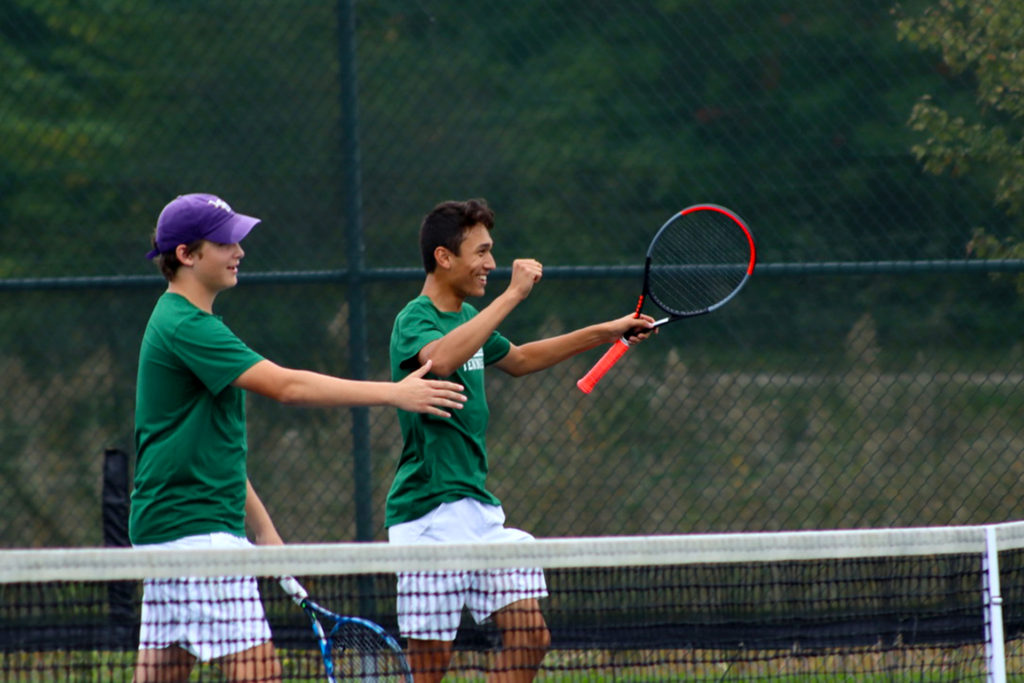 Earlier in the season, the team might not have felt so confident. But after winning the regional title, Gajar said, the Gryphons’ have rediscovered their competitive identity. They’ve seen the teams seeded ahead of them, and they know that they can compete with every roster in the tournament.

Gajar added that they’ve also had just enough time to get fully healthy before the State Championship. Players who have been taking it easy for a little while will be able to return to full strength by States. Players who missed matches with colds or stomach bugs will be fully recovered by the time the team sets off for Midland. The season hasn’t been as healthy as could have been, but at least the team will be healthy at the end.

“We’re in a good place,” Gajar said. “We’ve just got to make sure everybody’s at home having chicken noodle soup.” 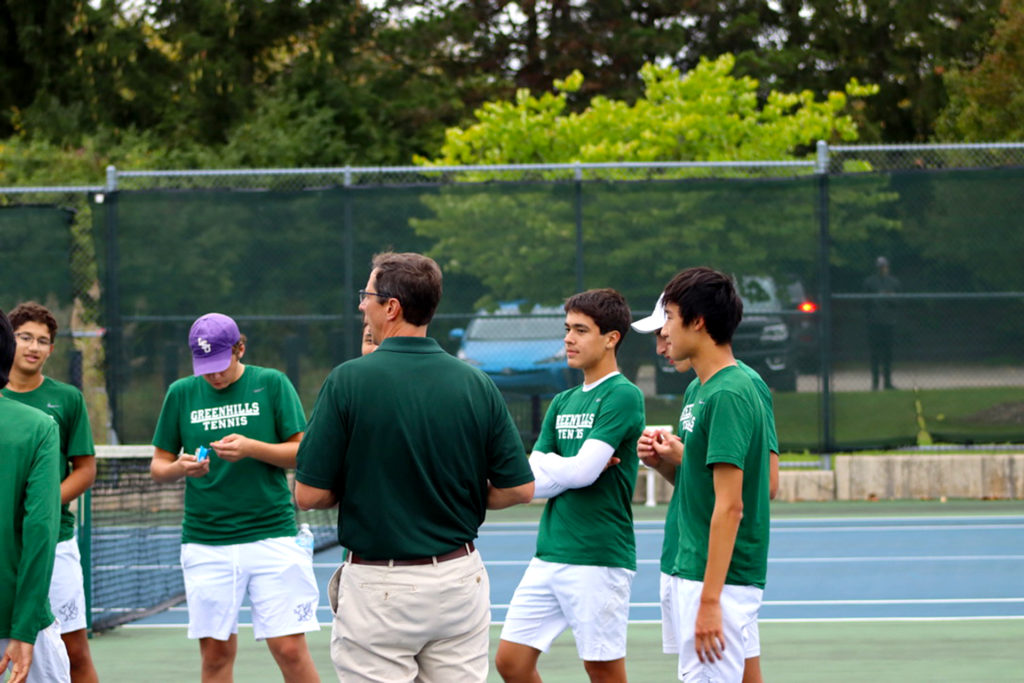