Experts and Thought Leaders Support, Guide, and Inspire at Greenhills 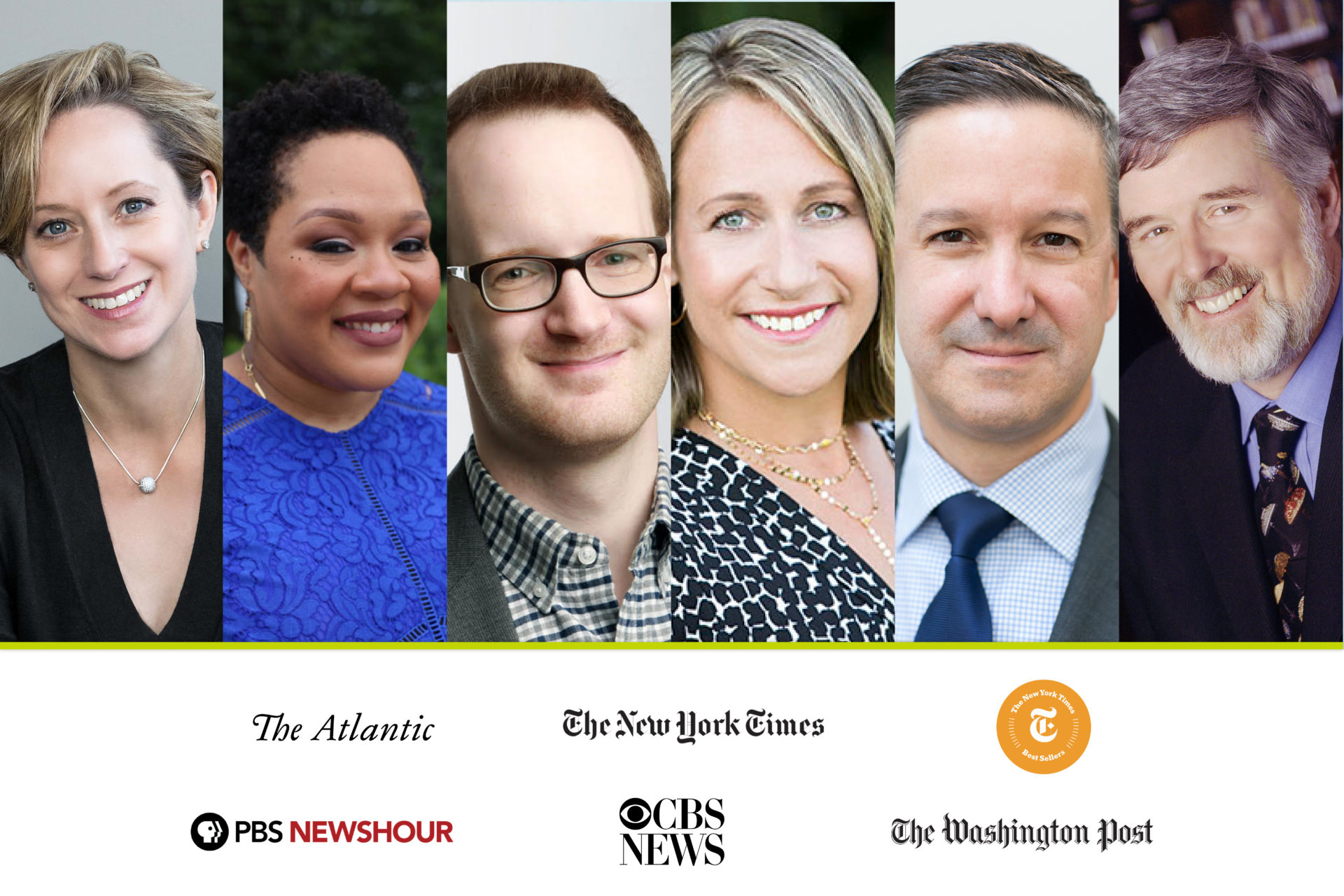 For almost nine months now, in-person learning has been disrupted by the Coronavirus pandemic. But despite restrictions that have limited most students to only a few days in school since March, Greenhills has continued working to provide access to influential thinkers and inspirational figures from a wide range of backgrounds. Greenhills’ guest speaker program, which has always been a vital part of students’ experience, has played an especially important role during the turbulence of an election season and a global pandemic.

“Our speaker needs in the past eight months obviously reflect our needs during this pandemic, and this election season,” said Quincy McLaughlin, associate head of school and head of upper school at Greenhills. “We kept an eye on support and information that would feel useful, relevant, and informative given the environment.”

Different guest speakers offer different things, but all can inspire students who share their interests. For instance, Nicole Zhong, a freshman at Greenhills, recently became interested in journalism as she sorted through news regarding the Michigan government’s response to the pandemic. So when she heard that Yamiche Alcindor, chief White House Correspondent for PBS, would present a webinar to the entire Greenhills community she was especially excited.

“One of our grade meeting leaders, one of the teachers, mentioned that she had interviewed the president and was a very high-ranking journalist,” Zhong said. “I was fascinated.”

In addition to Alcindor, students also learned about journalism and the election from New York Times Senior Politics Editor Jonathan Ellis. Families received an insightful look into the college admission process from Jeff Selingo, a higher education expert, author, and regular contributor to The Atlantic.

“A lot of what I love about the speakers that we’ve had is that they’ve been apropos to the times, but not just limited to one particular constituency,” said head of school Peter Fayroian. “They’ve been accessible, they’ve been applicable, and also they’re all really lovely people.”

“She has been one of the best speakers I have had in my tenure since we’ve been at Greenhills,” Thorne said. Damour is certainly no stranger to Ann Arbor: she earned her PhD in clinical psychology from the University of Michigan. “She knows our community, so she’ll talk about restaurants and when she was on campus, and she does a nice job of really being comfortable.”

Sylvia Abbasi is a sophomore at Greenhills. She’s interested in politics and keeping up with the news, but also takes an interest in psychology, and thinks she might make a career out of it. So this year’s guest speaker series has piqued her interests in more ways than one.

“I always find those talks really interesting because they focus on mental health, especially of young people,” Abbasi said. “Especially in times like now during this pandemic, it’s just such an important topic.”

Among the speakers who focused on mental health was Dr. Michael Thompson. Thompson usually speaks separately to students, parents, and faculty: he calls himself a “triple threat.” But this year, with logistics complicated by the pandemic, he addressed the Greenhills faculty virtually along with Dr. Rob Evans, a psychologist and school consultant.

Thinking back on his talk, Thompson remembered a productive conversation. “Rob and I joined it and felt we made a good connection, and people talked openly,” he said. “And for us that’s the important thing. It’s how psychologists measure their progress. Are people honest? Are people candid? Is there a sense of safety? Can they talk about their fears and their struggles to us in front of their colleagues? If so, we think it’s helpful to the community.”

“I spoke to the parents, and they had insightful questions,” she said. “They wanted to know how they can best support their middle schoolers, particularly during a difficult time such as a pandemic.”

Different guest speakers have different aims and purposes: some promote health and wellbeing with practical advice. Thorne said that Damour, for instance, gave helpful, real-world tips. “She’s talking to parents who are parenting in a pandemic, and she also is,” Thorn said. “She gives very good concrete examples. Like she knows it’s very difficult to work from home and have kids who are doing virtual school.”

Others, meanwhile, are educational and informative, or even inspirational. Abbasi remembers hearing that Alcindor would speak at Greenhills — and then, by coincidence, seeing Alcindor on the news the same day. “It was clear that she was a really important figure and a really great reporter,” she said.

“I was able to see how she started out small, but she slowly and gradually worked her way up to being the White House correspondent and winning all these awards,” she said. “It was cool to see how she came from a small town, and her passion brought her up.”

Zhong remembers what she was thinking when she heard that Alcindor would speak at Greenhills, especially after hearing that she regularly spoke to the president: “Oh my gosh, she’s so cool.”

Perhaps the most unique guest speaker at Greenhills this year has been Jonathan Ellis. Ellis is a senior politics editor at the New York Times. He’s also a Greenhills alumnus, having graduated from Greenhills in 2002. In his presentation to the school, two days after Election Day, Ellis noted that his senior class also includes Caroline Huntoon, head of the middle school.

“You get more street cred when you’re a Greenhills alum,” Thorne said. She described her daughters’ reaction to hearing from an alumnus who was also a New York Times editor:  “Oh my gosh! They have a real job! I think I could do something like this!”

Guest speakers teach all kinds of lessons when they come to Greenhills, but this one is perhaps the most important, especially when the speakers are alumni. After all, as Fayroian pointed out, there’s hardly a field in which Greenhills doesn’t have notable alums.

Alumni can speak in relatable ways to current students. Ellis, for instance, talked about his time at The Alcove, Greenhills’ student newspaper. But alumni returning as guest speakers also sends another message: as difficult as high school and the transition into the real world can seem, Greenhills students are well-prepared, and poised to take on important roles.

“That’s really good for our kids to hear, that you don’t have to wait to become someone,” Fayroian said. “Start becoming that person now. Start becoming somebody who is passionate about something and makes a difference in the world.”