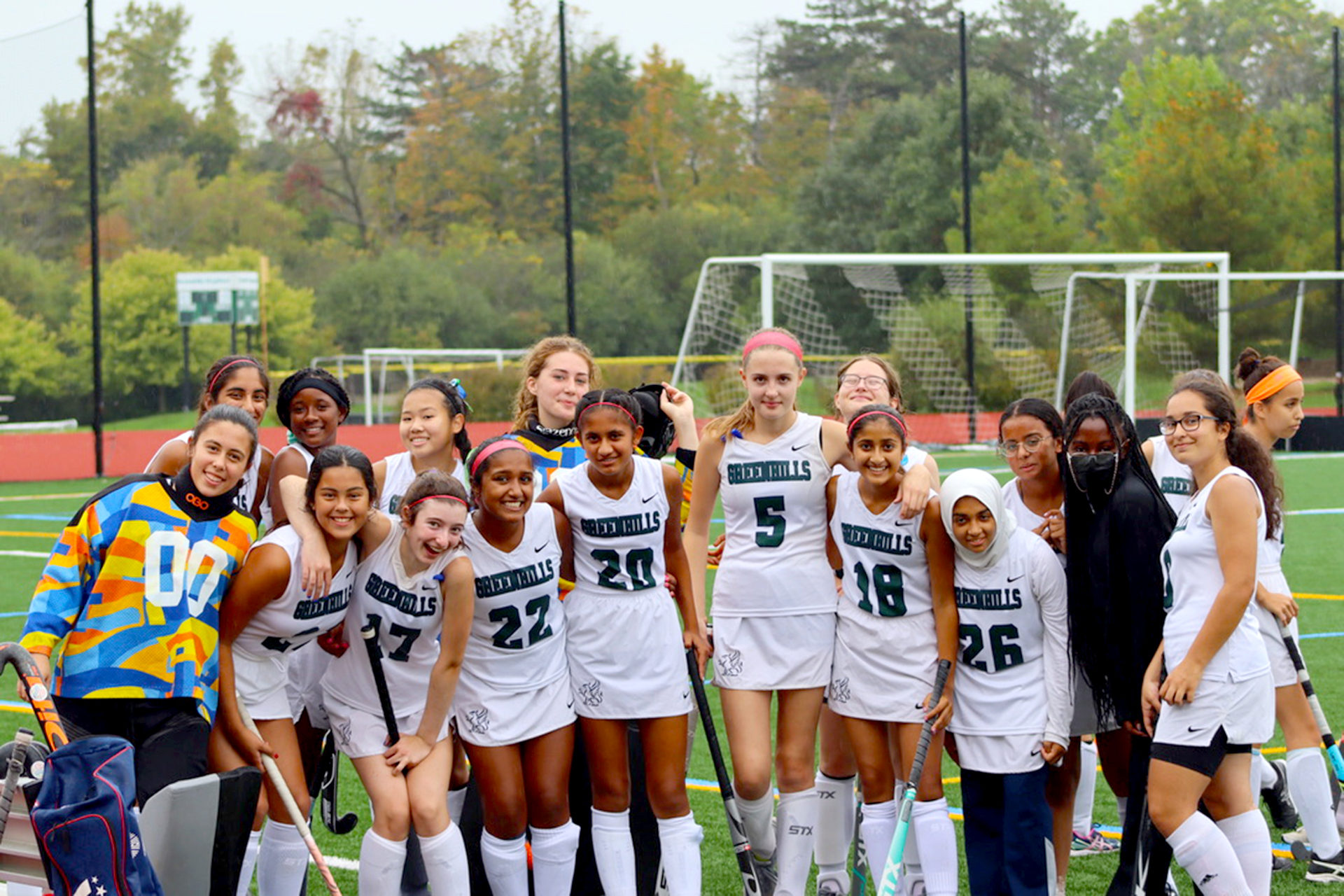 Immediately after their Thursday night game against University Liggett School, the Field Hockey team gathered in front of the Greenhills bleachers to celebrate their two seniors. The temperature was dropping, the rain was slowly intensifying, and one of the team’s two members of the class of 2022 hadn’t even been able to play in the game — out due to injury. But none of that could stop Senior Night.

“They are two leaders on the team who really model supporting their teammates, on and off the field,” said head coach Liza Ruggiero of her two seniors, Maddie DeWalt and Anna Stoffel. “We’re really going to miss them next year. They have both been with us for all four years of the program, and they’ve been an important part of helping us grow.”

Stoffel thought back to freshman year, her first encounter with Greenhills varsity field hockey. She’d played in middle school, but the varsity team was its own animal. Stoffel, who described herself as a “tiny little freshman,” got to her first Summer practice thinking she would be the only freshman there, but then she noticed DeWalt, who had never played Field Hockey before.

“All I saw was these giant — well, they seemed giant to my tiny fresh-out-of-middle-school self — people that I was sort of intimidated by,” Stoffel said. “But as time went on, they were all really nice to us!”

Those early practices were DeWalt’s first memories of the team as well.

“I never played field hockey until I joined the program,” she said. “So my first memory of it was standing back in warm-ups with Liza and learning how to hold a stick correctly.”

At Senior Night, a handful of parents and fans stood behind the gathered players, braving the rain to celebrate the two graduating players. Two signs hung from the bleachers, each decorated with one of the seniors’ names. The players, meanwhile, sat close together at the foot of the bleachers. In front of them, Ruggiero stood on the track holding a microphone. Other coaches held bouquets and gift bags — two of each. 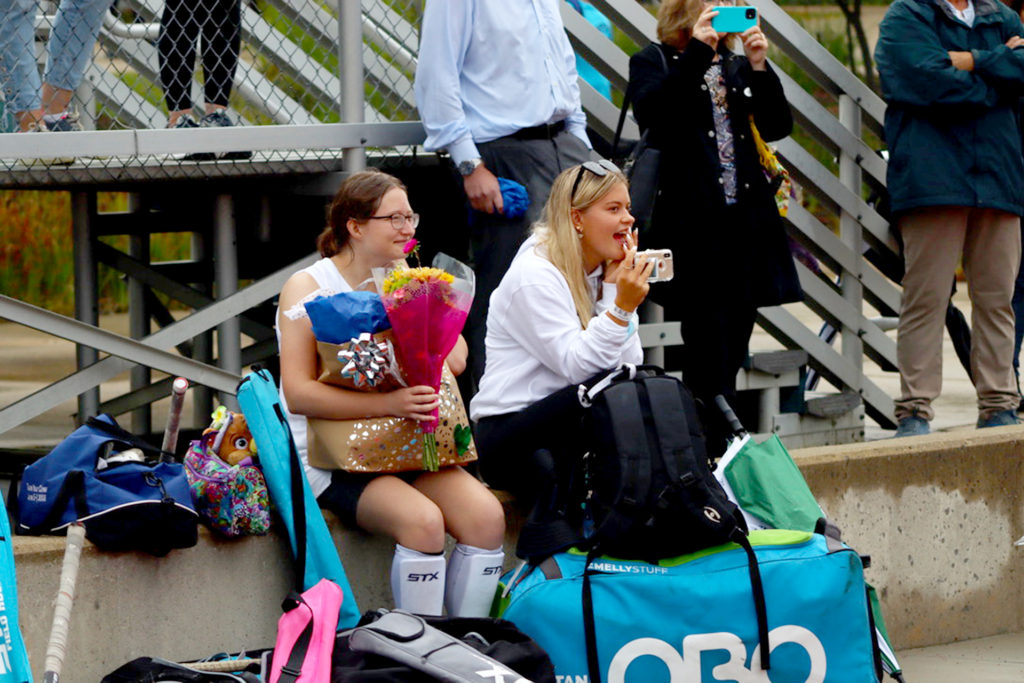 “My favorite moments of field hockey are not of the sport itself, but the team moments we have,” DeWalt said. “If we have a tough game, coming together and having a conversation and regrouping. Moments like those, I’ll take with me into college and life, rather than just the skills that I’ve learned.”

Indeed, the game had been tough: the team had fallen to Liggett, unable to overcome the various injuries it was facing. DeWalt, one of the captains, had already been ruled out due to injury, and the team had played the entire fourth quarter with both of its captains injured on the sideline. But Greenhills had still put forward an admirable effort: after falling behind early, the Gryphons finally broke through to score in the fourth quarter, and controlled the ball for most of the rest of the game, nearly converting several more scoring opportunities and ending the game with a corner in the offensive zone. 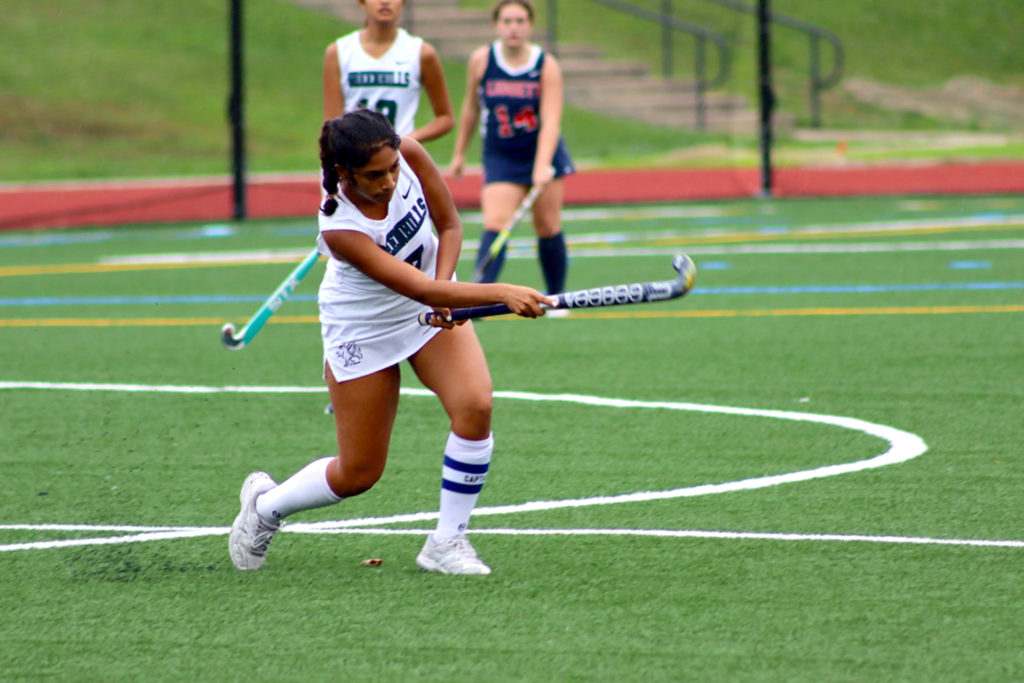 Leadership, DeWalt said, is what her experience as a Field Hockey player has been all about.

“We’re a really close-knit team, and what stands out is how much we care about each other,” she said. “What I’m going to take away from it is learning how to be a leader and a good teammate.” 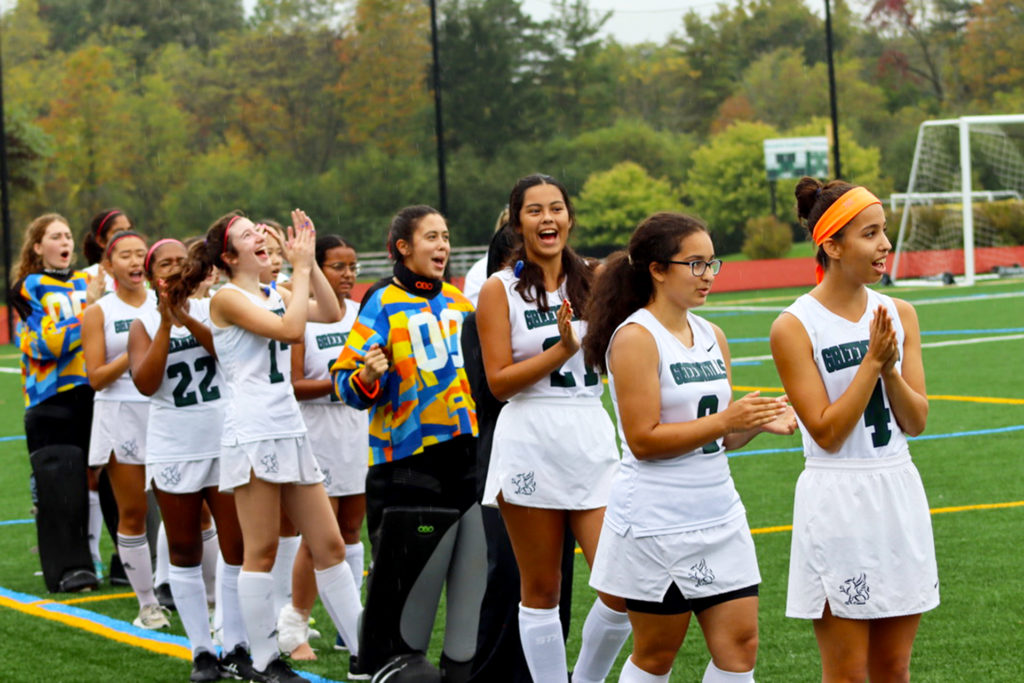 The team presented DeWalt and Stoffel with their flowers and gift bags — but that wasn’t all. Just when it seemed that the ceremony was winding down, Ruggiero turned to her players and asked a question: was it time for the surprise?

The team burst out laughing, because sure enough, it was. The group gathered around the microphone while DeWalt and Stoffel watched in bemused silence. Then the opening notes of Justin Bieber’s “Baby” sounded, and the team sang along. Except the lyrics were different. It was particularly evident in the new chorus: 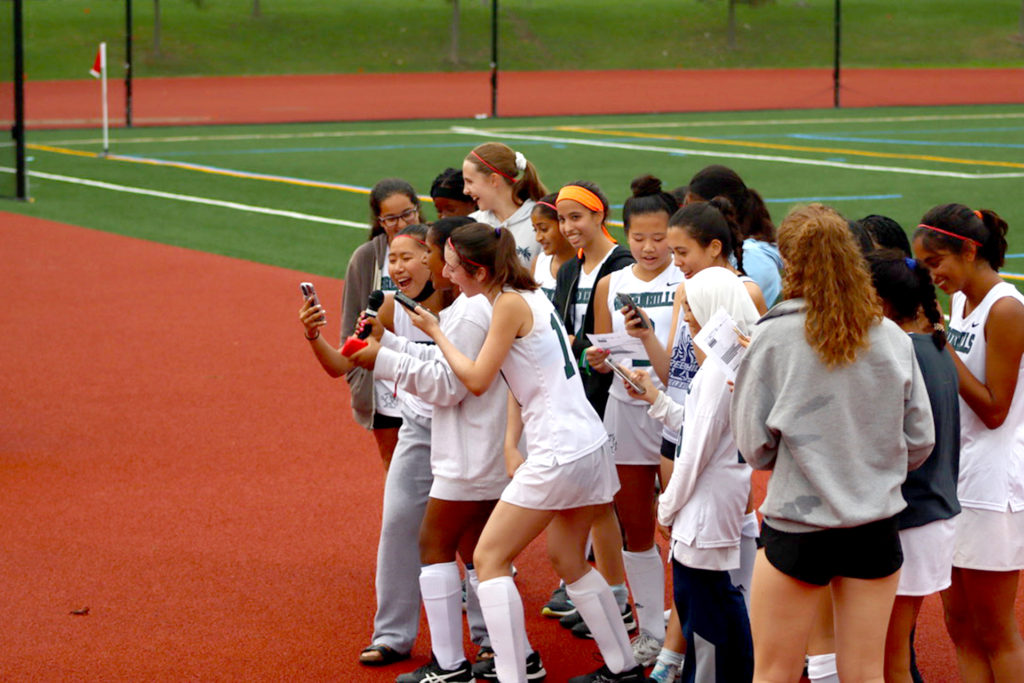 For Stoffel, it was one last moment that fit in perfectly with her four years in the program.

“There were lots of laughs, some hard losses, some tears, but a lot of wins, a lot of fun bus rides, and a lot of questionable music choices that I still liked,” she said. “It was all so fun, and I’m going to be so sad to leave it behind.”