For the Greenhills Boys Tennis team, most Saturdays look more or less the same. The day starts early in the morning, at 8:00 or 9:00, when the team takes on its first opponent. A few hours later, they do the same thing with their second opponent of the day. A few hours after that, their third. They call it a “quad:” four teams participate, and each plays a full slate of matches against every opponent.

It’s a tough assignment, and makes for a grueling start to the weekend — but at Saturday’s home quad, if the Gryphons were tired by their third matches of the day, they barely showed it. The team topped its three opponents, beating East Grand Rapids 5-3, St. Clair High School 7-1, and Haslett 8-0; as the day went on, they seemed to only get better. Against three teams that Greenhills may see again in the State Tournament at the end of the season, it was exactly the kind of result that head coach Eric Gajar was looking for. 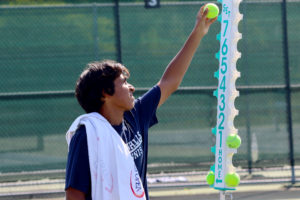 “We came out with dual victories, and more importantly, I think, got some good experience,” Gajar said. “We ran into some guys who are good players, and sort of asked us some questions that we needed answers for. They challenged us in ways we hadn’t been challenged before. We pulled a few of those out, lost a few, and I think, learned some things.”

Every match, Gajar emphasized, was a win-win situation. A win is a win. But the team is strong enough that players treat a loss today as nothing more than preparation for a win tomorrow.

“There were some very close matches where we picked up some experience playing in tight situations and playing under pressure,” Gajar said. “Guys responded, or if they didn’t get the things they want, they got some experience that will make them tougher down the road.”

The Gryphons were led by senior captain Mert Oral, who plays #1 singles. Oral, a University of Michigan commit who is seeking his third consecutive state title, was recently featured in the Detroit News as a “player to watch.” Oral won all three matches he played during the quad, including defeating an opponent he has faced twice before in the late rounds of the State Tournament. 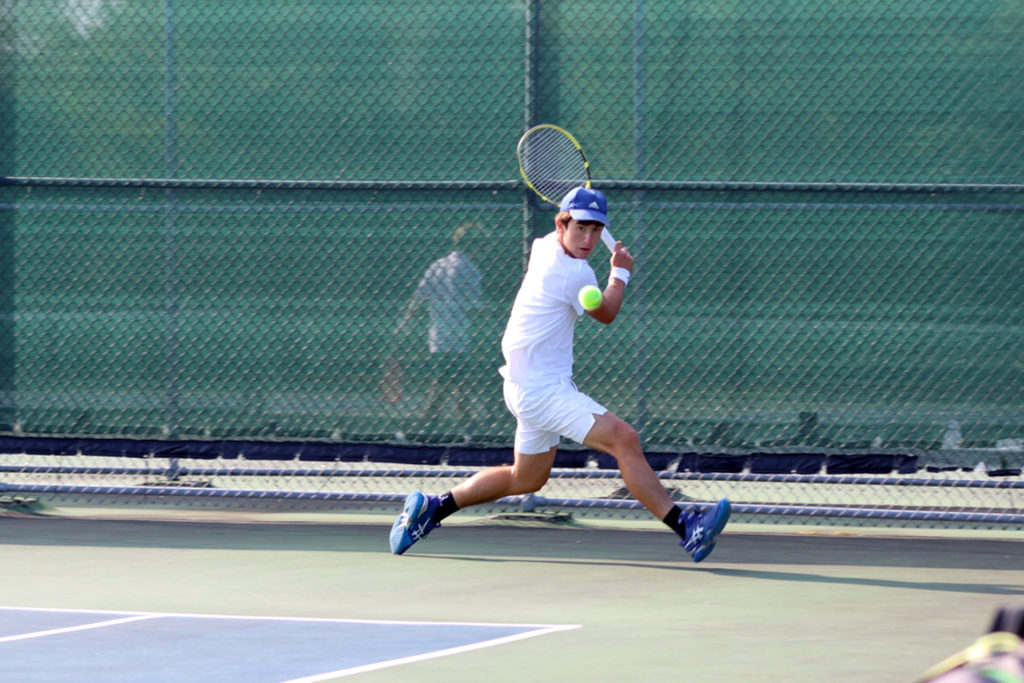 Greenhills is also seeking its third state title of the last four years, having won in 2018 and 2019 before losing in a dramatic finals tiebreaker in 2020. The team, Gajar says, is poised to compete for another state championship. In Oral and juniors Chakor Sankaran-Rajendra and Rishi Verma, Gajar says the team has three players who can compete at the #1 singles level. The Gryphons are also deep: with Sankaran-Rajendra out Saturday, sophomore Charles Branch filled in at #3 singles and defeated his opponent from St. Clair.

“Charles did a great job and left everything out there, and had his teammates cheering for him right down to the end of that last match,” Gajar said. 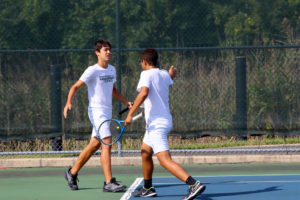 With the three wins, Greenhills remains in prime position to compete for a state title, which Gajar emphasizes is the team’s long-term focus.

“Some of the things we do today, we correct and then we’re ready to go tomorrow and in mid-October,” he said.

The team is both a prime contender and a work in progress, defeating one opponent after another and learning new lessons with each match.

Gajar focuses on long-term improvement and learning, but he’s also careful to live in the moment, and make sure the team has time to enjoy what it’s doing.

“It was a good day,” he said. “Any time the weather is good and we’re out playing tennis, what’s not to like?” 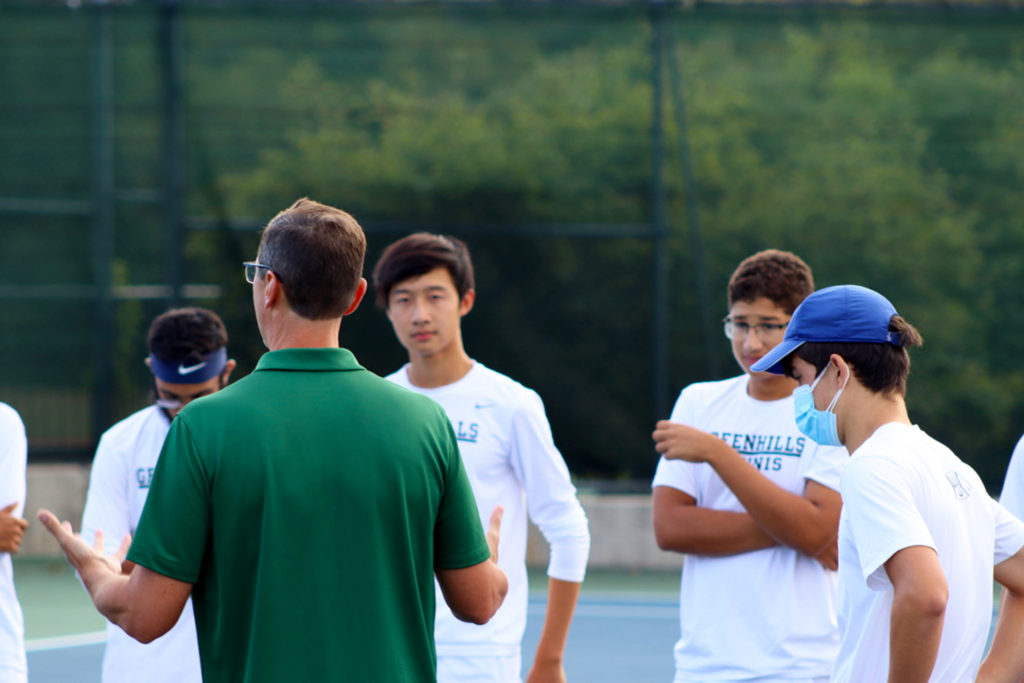