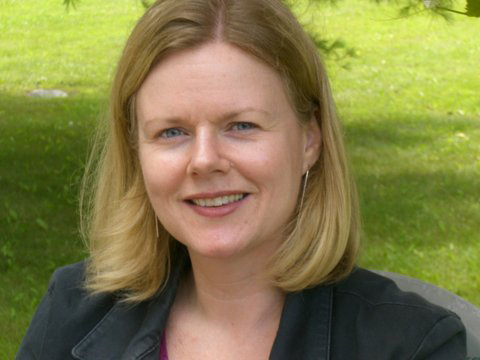 Interim Head of School David T. McDowell announced this week the appointment of Elizabeth Quincy McLaughlin as the next Greenhills Head of Upper School.

The appointment takes effect July 1. McLaughlin will take over from the current head of upper school, Julia de la Torre, who is leaving Greenhills to become head of school at Moorestown Friends School in Moorestown, N.J.

McLaughlin comes from The Hotchkiss School in Lakeville, Conn., where she has served since 2013 as dean of student well-being and as a member of the senior management team. A graduate of Sarah Lawrence College with a BA in literature, she also holds an MSW in clinical social work from Smith College.

Her remarkable experience with students, families, faculty and curriculum made McLaughlin the clear choice to lead the upper school division, McDowell said. She emerged from a highly competitive national search and was one of three finalists to visit campus last month. While at Greenhills, she met with teachers, students, administrators and parents.

McLaughlin said her visit reinforced her interest in joining Greenhills.

“Before my visit, everyone I heard from described Greenhills as a welcoming, supportive community that was academically rigorous, but also a joyful, student-centered school,” she said. “During my day on campus, that was affirmed over and over again. I am very pleased to have this opportunity and am excited to join the Greenhills and Ann Arbor communities.”

During the selection process McLaughlin met with Peter B. Fayroian, who will return to Greenhills in his former role as head of school this summer after a six-year tenure as head of Northfield Mount Hermon School in Northfield, Mass. Northfield Mount Hermon and Hotchkiss are members of the Eight Schools Association, which includes some of the largest and most established independent schools in the nation. They compete against each other athletically and collaborate regularly on issues of mutual interest, so Fayroian is familiar with McLaughlin’s work.

“Quincy is one of the most respected senior administrators in the Northeast and is known for her experience, leadership, steadiness and smarts,” Peter said. “I’m so pleased she’ll be joining us at Greenhills.”

That feeling, McLaughlin said, is mutual.

“The people of Greenhills love their school and value the close relationships between faculty and students,” she said. “I was impressed with the bright and engaging students, I really enjoyed talking with the parents I met, and there were many moments where I wanted to continue a particular conversation I was in with faculty and staff, who were all so clearly engaged and committed in their respective areas of school life.”