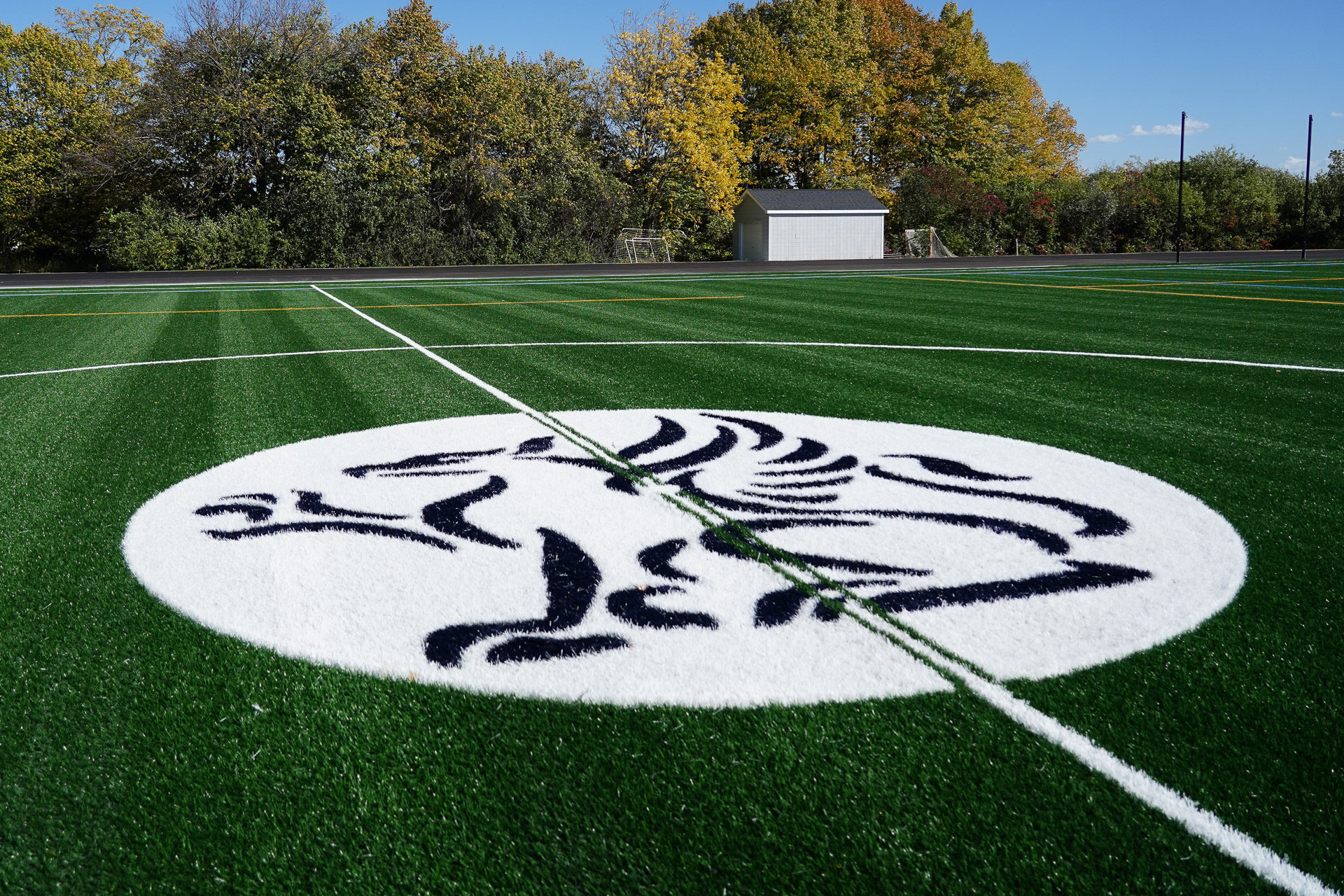 Written by Matthew Streicher, for The Alcove Student Newspaper

The boys soccer team took on Orchard Lake Saint Mary’s (OLSM) last Tuesday, one of several Division 1 teams the Gryphons will play this season during its notoriously tough schedule.

“We are facing the most challenging schedule for both JV and varsity in the 13 years I have been coaching here,” said head coach Lucian Popescu.

This match was no different from many others for the varsity team in that it was another game where they were not expected to win. And they did not. The squad fell short in the end due mostly to a push by OLSM near the end of the first half, which took the Gryphons’ 2-1 lead and turned it into a 3-2 game with the Eaglets leading going into the second half.

The start of the game came with some great news for the Gryphons, as goalkeeper Aidan Woerpel ’23 was dressed for his first varsity game this season, recovering from a leg injury sustained just before the season began. Still, goalkeeper Ettiene Rouillard ’25 got the nod from coach Popescu before the game.

The first 10 minutes came with lots of offensive zone time and control for the Eaglets, which finally led to a goal on the rush at 31:21. The Gryphons defense did a good job of keeping the opposition out of the box, but a mid-speed low shot came from just outside of it and bounced off of a crouching Rouillard and rolled into the goal. From the stands, it seemed that Rouillard had the shot easily secured, but apparently not. He showed a small amount of frustration after the goal, hanging his head and punching the ground before getting up again.

The first Gryphons goal came at 22:43, off a shot by Lachlan Rae ’24, which was saved by the OLSM keeper but rebounded straight to Kai Ravikumar ’23, who easily booted the shot into the back of the net without much contest.

The second Gryphons goal came shortly after the first. At 19:33 in the first half, Michael Zheng ’24 managed to pick up a penalty shot off an intentional shove by an OLSM player. He tried to shoot for the bottom left corner, but was quickly rejected by the OLSM keeper. The ball spun out to the corner of the field where Dominic Schuster ’24 took a corner kick and blasted a pass that flew through the air all the way to the net, finding the general area of Rae who quickly turned and jumped, heading the ball perfectly into the bottom of the net to make the game 2-1.

Near the end of the first half, at 4:13, the second OLSM goal was scored. After a penalty shot was called on the Gryphons, it fell upon Rouillard to keep the game level going into the second frame. The shot came, and Rouillard dove the correct way, but did not dive far enough and the ball slid right past the right post and in for another OLSM goal.

In the final minute, the Gryphons started to show fatigue in their play due to some sloppy passes that were intercepted. And OLSM capitalized. With 47.65 seconds left to play in the first half, a cross was poorly defended by the Gryphons, and OLSM managed to take the lead going into the second half.

Shortly after the second half began, the final goal of the match was scored at 36:57. A well placed shot from outside the box went straight into the top of the goal after Rouillard was screened well by the OLSM players.

In the final minute, Schuster managed to find a seam in the OLSM defense, and found the window shooting a ground ball that curved just outside the left post, to the dismay of the student section,

From a fan’s perspective, this loss was a missed opportunity, but not a crushing one in the grand scheme of things. The Gryphons are 3-3-1 this year, but are through the toughest part of the season with 5 games left to play.

The Gryphons will look to bounce back at home on Thursday, as they take on Division 2 team Lutheran North — yet another opportunity for the Gryphons to play up this season and earn a win against an opponent from a higher division.