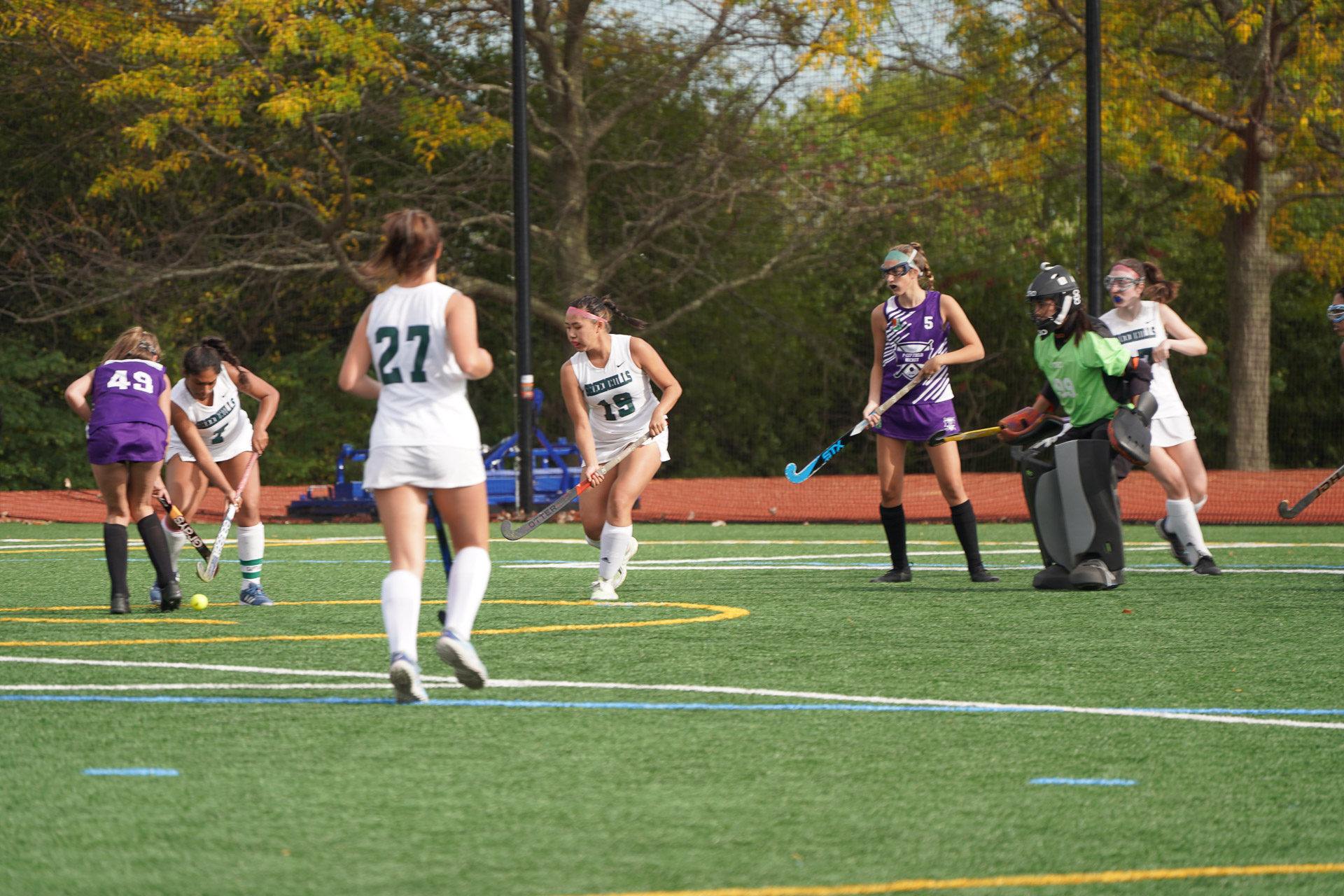 By Leo Applegate ‘23, Sports Editor for the Alcove Student Newspaper.

In the previous season’s first round of the playoffs, Greenhills suffered a heartbreaking 1-0 loss to P-CEP. Teams may prefer not to linger on sour memories of past losses, but the players and coaches of Greenhills’ team choose a different method — using that defeat as a spark to ignite a path forward. 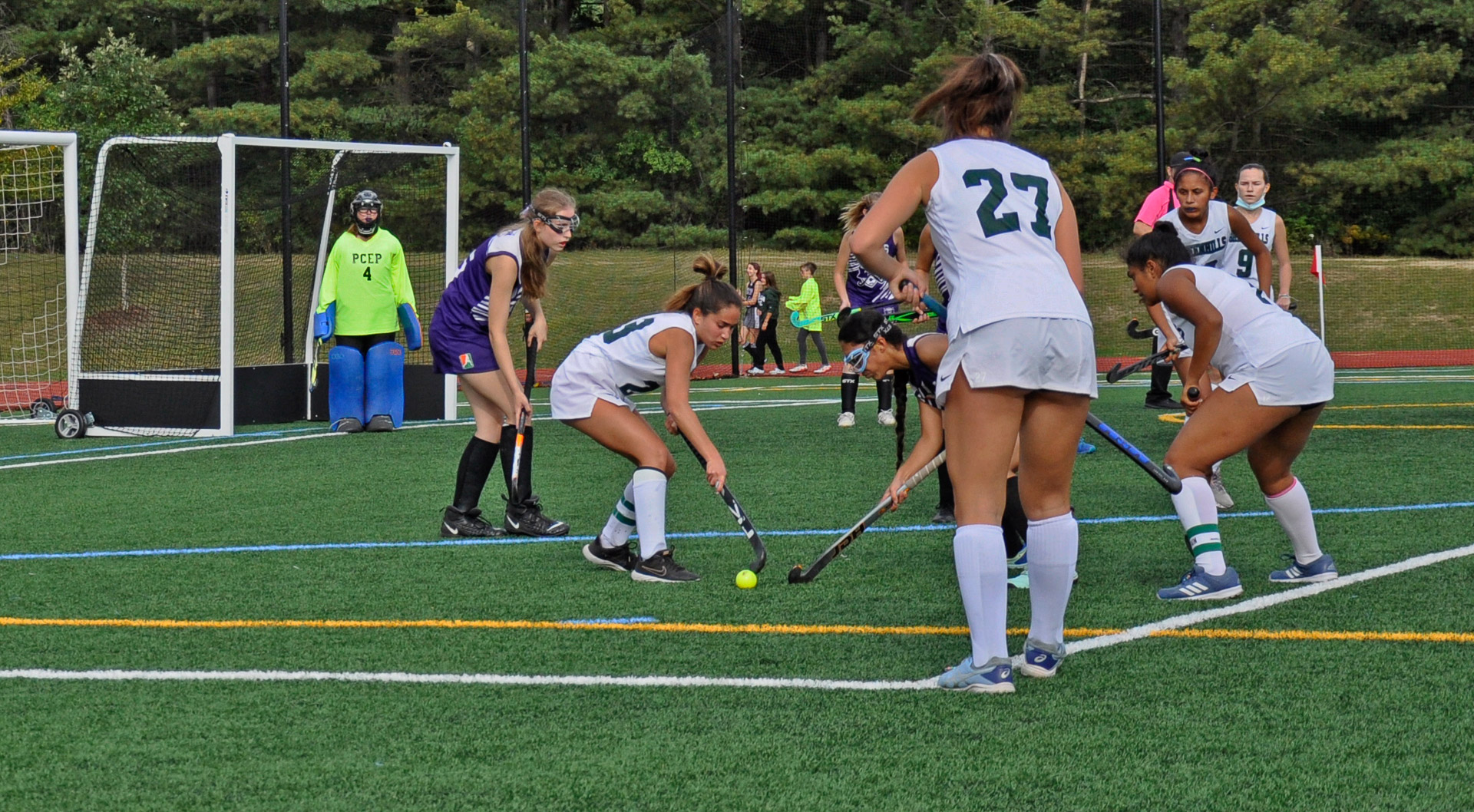 Sydney Rosenberg ’23 fights with a defender for a loose ball.

“That game is ingrained in my memory,” said coach Alvaro Salcedo. “I’ll make sure we light a little fire before Friday’s game.”

And light a fire he did — the players certainly shared the same sentiment.

“We’re absolutely out for blood this year against them, we definitely want that payback,” said Elina Palapattu ‘23. “If we bring the same intensity we’ve been playing with, we can absolutely beat them.”

Intensity was the perfect word to describe the way the game started, with Greenhills scoring twice in the first quarter of play. Allison Tan ‘24 scored first for the Gryphons, with Meera Pandey ‘25 striking shortly afterward.

“When Ally [Allison] scored, it really gave us the momentum and confidence we needed to start off strong,” said Sydney Rosenberg ‘23. “When we saw that ball go in, all of the nerves faded away; we knew we were ready.”

After the first quarter, the Gryphons held onto a narrow lead, up two goals to one. In the second quarter, Amelia Danan ‘23 scored after a corner shot was awarded after a penalty, stretching the lead to 3-1. However, the Gryphons’ victory was not solely because of their offensive prowess, as they made several key defensive stops. Maddie Miller ‘24, the goalie, had an outstanding showing, as she allowed only two goals through nearly the whole game before she was subbed out. 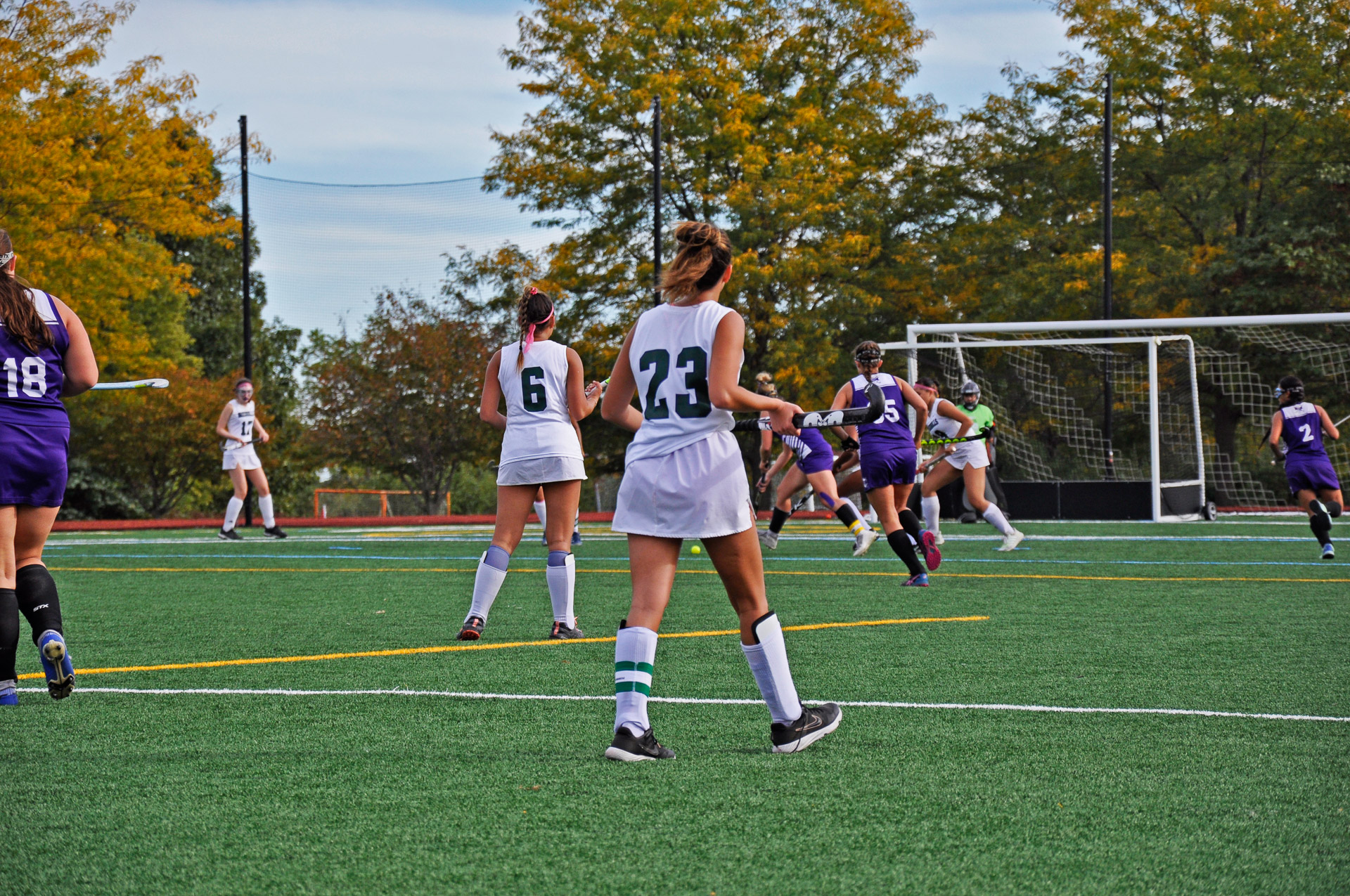 Rosenberg ’23 and Danan ’23 watch as the defense shut down P-CEP’s offense.

“She’s been having an amazing season and we’re so proud of her,” said Palapattu. “She’s really improved this year and we can’t wait to see her later in the season.”

After P-CEP was given multiple corner shots in a short period of time in the second quarter, Miller held strong, failing to concede a single goal, making several crucial saves. Needless to say, Miller’s performance resonated well with her teammates.

Going into the game, the Gryphons wanted a clear strategy that would help them come out on top.

“We want to play small-ball in Friday’s game — not taking any massive hits that we have to run to, just creating small passes between players,” said Salcedo. “This is a style we’ve been working on and has worked for us in the past. If we control the pace of play and who has the ball, I think we have an excellent chance of winning this game.”

The team has also been working on things off the field that will help them on it, such as building team chemistry through team activities led by the team’s upperclassmen.

“It’s a big difference from last year because we only had one senior on the starting lineup, but it’s nice,” said Rao. “We’re definitely a lot more cohesive this year compared to last year. This year, they [the seniors] have been really great about giving all of the underclassmen rides and planning fun dinners and events before and after games.”

Amelia Danan ’23 beats a defender to the ball in the corner.

That same cohesiveness was evident on the field as the Gryphons were in rhythm from the opening horn, moving the ball well and creating many opportunities to score and control possession. The players also credit other reasons for their success.

“We’ve been working a lot on our mindset and our pregame rituals, and that’s really been helping us a lot,” said Rosenberg. “That’s really helped this week and for the whole year in general — not getting too down on ourselves.”

Lizzie Foley ’23 cuts through the defense to attack the goal.

Spirits are high following the blowout win on Sept. 21 against St. Catherine’s and vengeance of last year’s loss against P-CEP two days later.

“We feel really good because last year we lost to both of the teams we played this week,” said Palapattu. “And then this year we beat them both by two goals or more.”

The team hopes to carry the momentum from last week’s two victories into their games this week, where they’ll begin the Catholic League semi-finals on Sept. 27 and finals on Oct. 1.