PUTTING THE ‘GREEN’ IN GREENHILLS 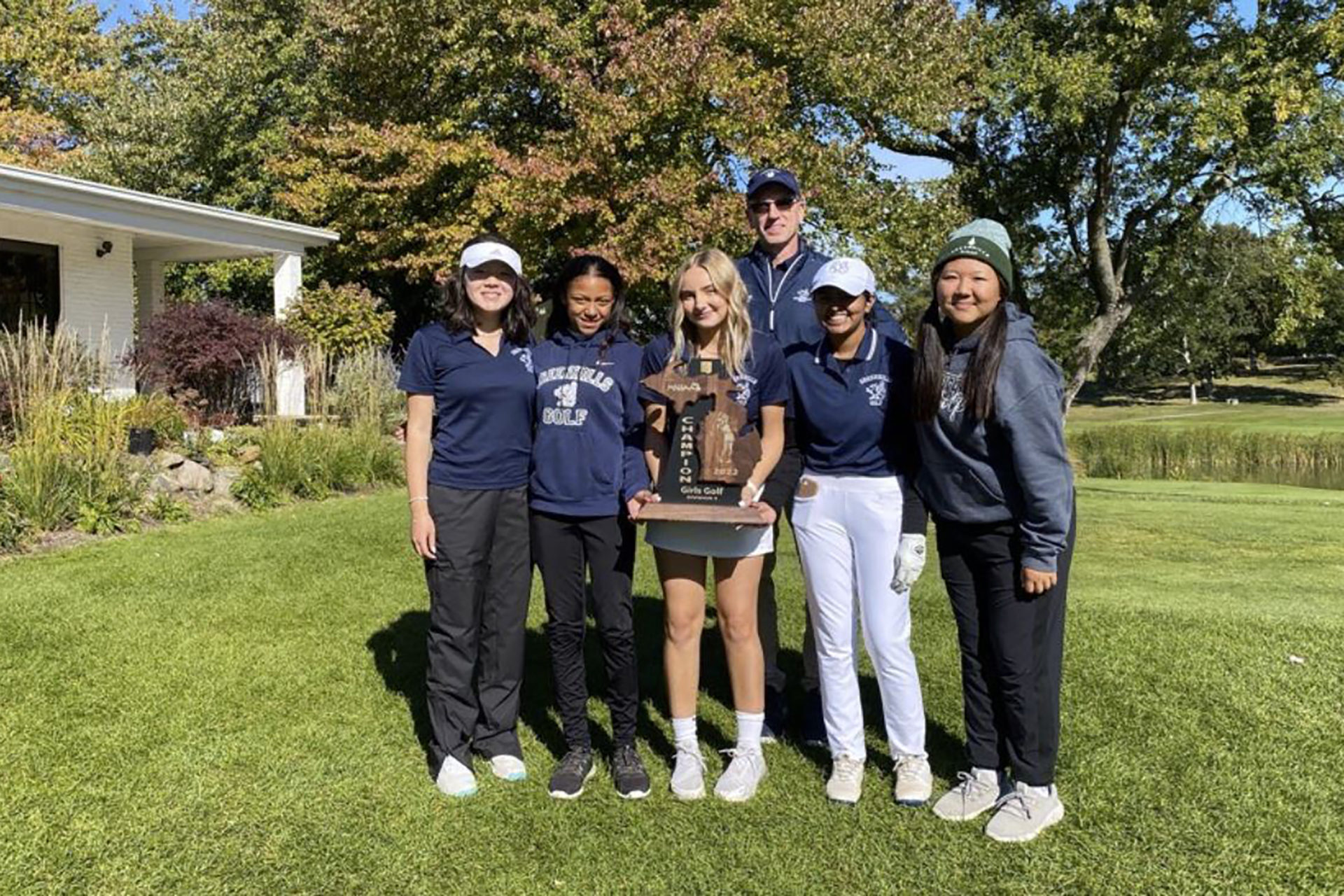 By Nicholas Alumkal ’23, for The Alcove Student Newspaper

Greenhills’ girls golf team is coming off its first regional championship in school history last year. On Monday, the Gryphons followed it up with another by finishing first at the 2022 Regional Championship with an overall score of 380, advancing to the State Championships at The Meadows in Allendale on Oct 14-15.

Mia Melendez ‘25 had the lowest score of the event with an even 72 in the regional, securing her second straight individual regional championships, but for Melendez and the rest of the team regionals was not an easy outing.

“It was a tough day for all of us,” Melendez said. “It was very difficult and the course presented a very difficult challenge. My teammates and I fought hard. I didn’t play as well as I wanted to in the first half. But in the back half, my driver and putter started working together and I was able to finish with even par and I was happy with that.”

The Division 4 fourth-ranked Gryphons had the advantage of hosting the regionals at their home course, Washtenaw Golf Course in Ypsilanti — a course they are familiar with, unlike some of the opposition. 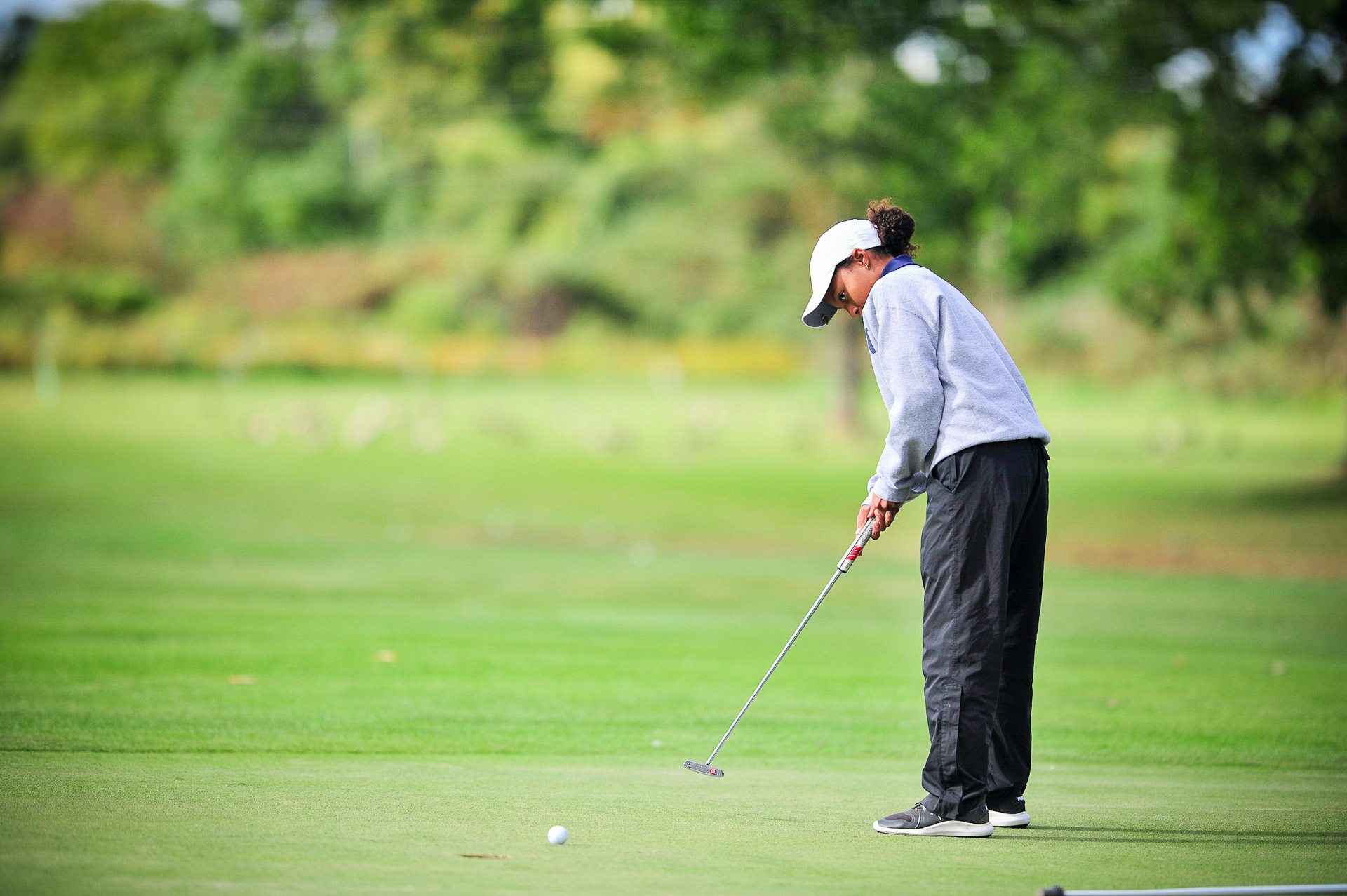 Mia Melendez ‘25 putts during a tournament on Sept. 22.

“It was very helpful to have a home course advantage because a lot of other teams did not have much experience on our course,” said Melendez. “We knew a lot of little things about Washtenaw that many people may not know.”

Entering the season, the members of the golf team set goals to build upon last season’s successes by staying consistent and to win major competitions like Regionals and States.

As the season got underway, the team got off to a 2-0 start, defeating Divine Child and Regina high schools. However, with scores in the 190s on both occasions, the Gryphon saw room for improvement.

“The first two games were a little bit rough,” said Greenhills player Hannah Lee ‘25. “We still won, but it was rough for us all. You could definitely see how much effort each player was putting in, because toward the end of the season, our score got lower and we won bigger.”

The Gryphons finished the regular season with a record of 6-1, with the lone loss coming in the form of a 197-180 defeat against St. Catherine of Siena Academy. Next, they headed to the Catholic League Finals. 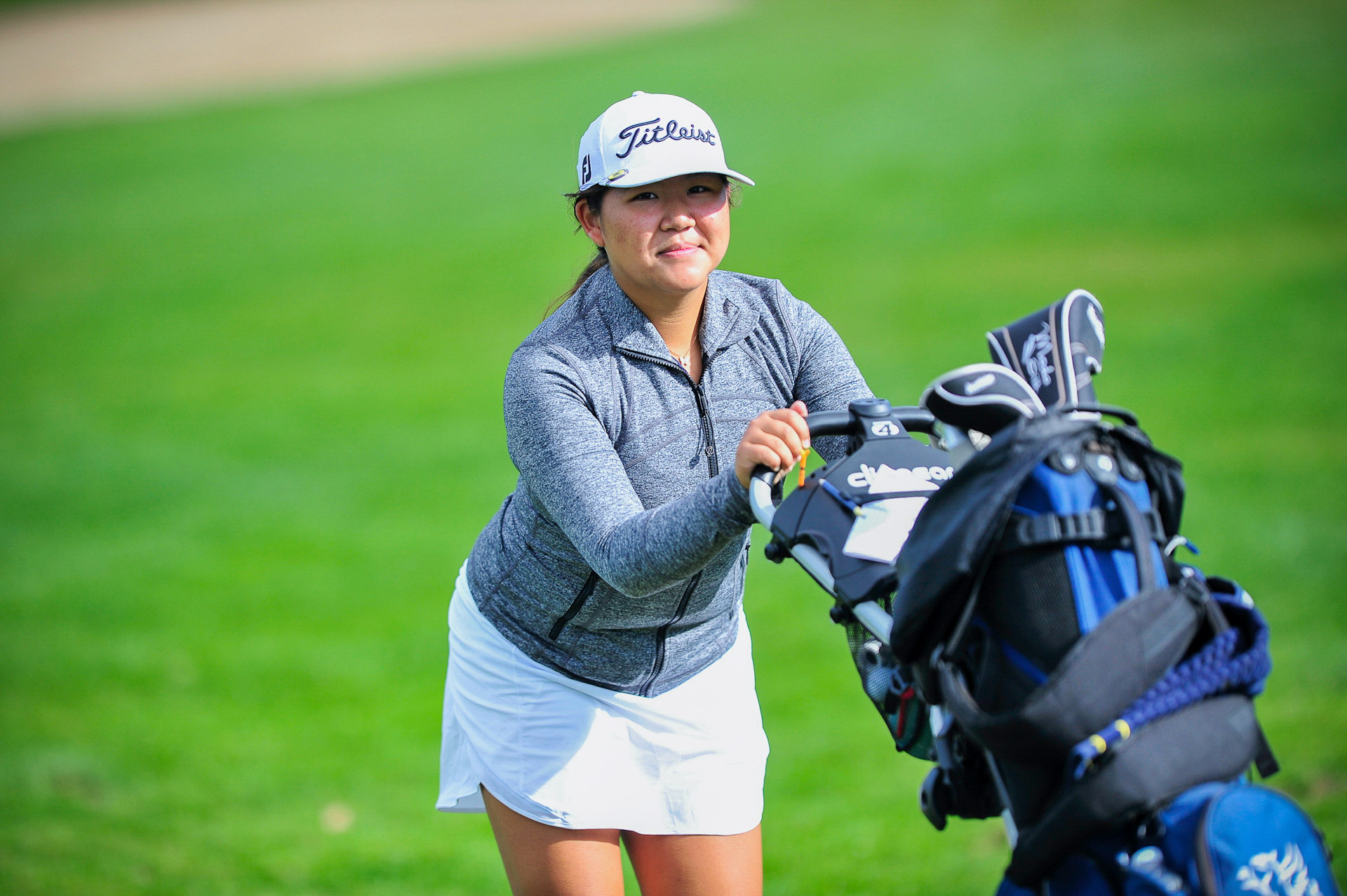 Hannah Lee ‘25 travels to her next shot at a Sept. 22 tournament.

“We had a sick player at Catholic Leagues,” said Lee. “She couldn’t attend and that was pretty rough for us all. The weather wasn’t helping: it was very windy, it was really really cold, everyone was shaking. We tried to stay positive, but we had a lot of lost balls, a lot of balls in the water.”

After scoring 395 at Catholic League Finals after two rounds, the Gryphons headed to Regionals on Monday, Oct. 3 and improved their score to 380 — enough to win the Championship.
Melendez is coming off winning the individual State Championship last year as a freshman and her talents at her young age have left an impression on her teammates.

“Mia is scary,” said Lee. “You can see a blob of spectators following her. I can’t imagine how much stress that would put on her shoulders, but it’s really awesome to see a fellow 2025 graduate [compete]. I have been in school with her since elementary school, so it is really fun.”

Melendez credits her experience for allowing her to relieve the stress of every putt.

“I have learned that it’s important to hold control of your emotions and not get too excited or upset during a bad shot or even a good shot,” said Melendez. “Just staying focused, taking deep breaths before every putt is very helpful and keeps my motivation strong.” 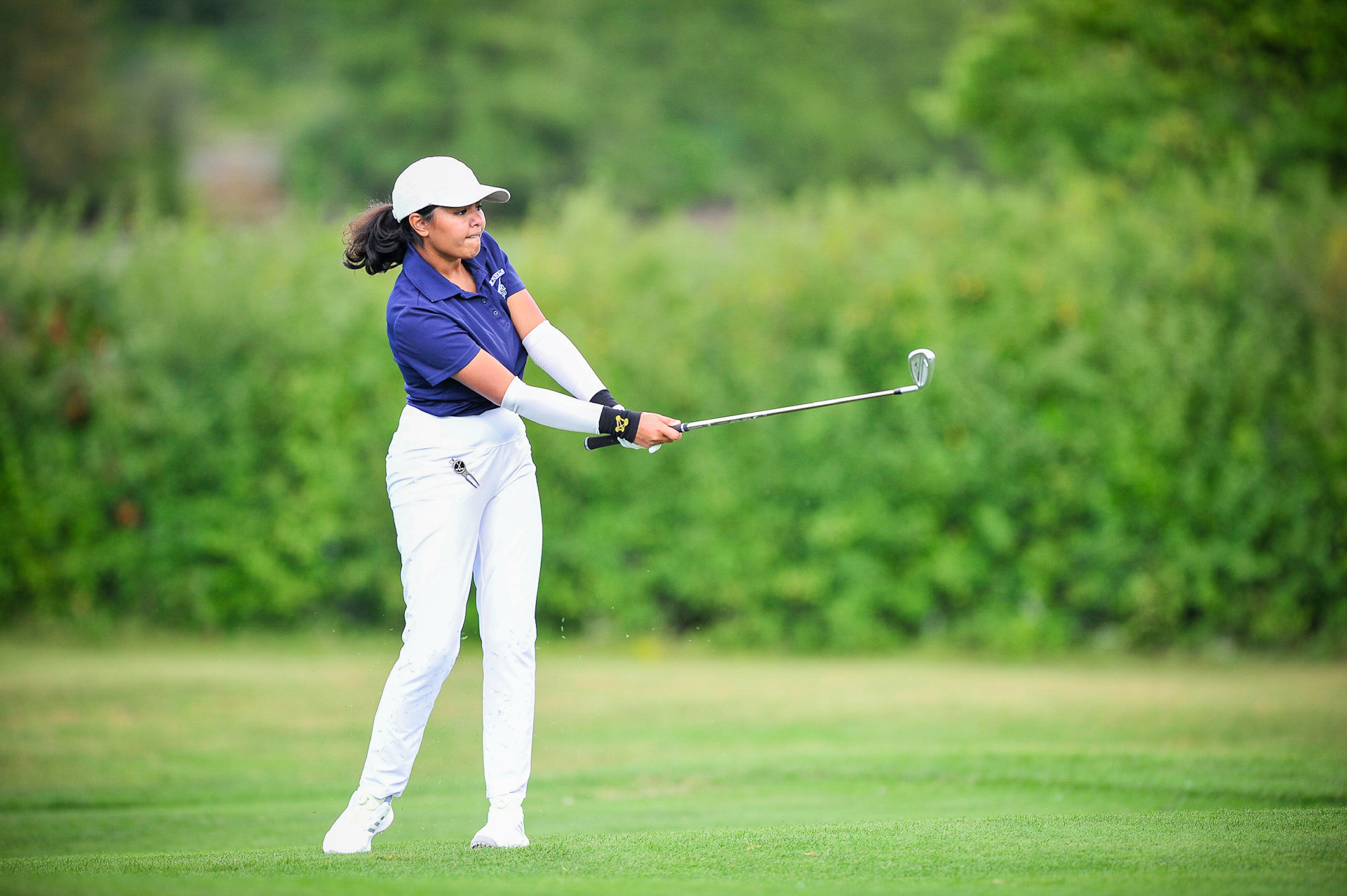 Alesha Hassan ’24 follows her ball at a tournament on Sept. 22.

Following up last year’s regional championship, Lee notes that everyone has been motivated to improve: taking private lessons, meeting together, going on outings, and not settling on the scores of last year, but instead looking to improve it. She notes that the results not only impress her family or friends or coach, but most importantly herself.

“In this final competition I want to play my best from beginning to end instead of having a shaky start and finishing stronger,” said Lee. “I want to start strong and end strong. I also want to have fun with my teammates; it is an overnight trip. We had fun last year, so I am really looking forward to it.” 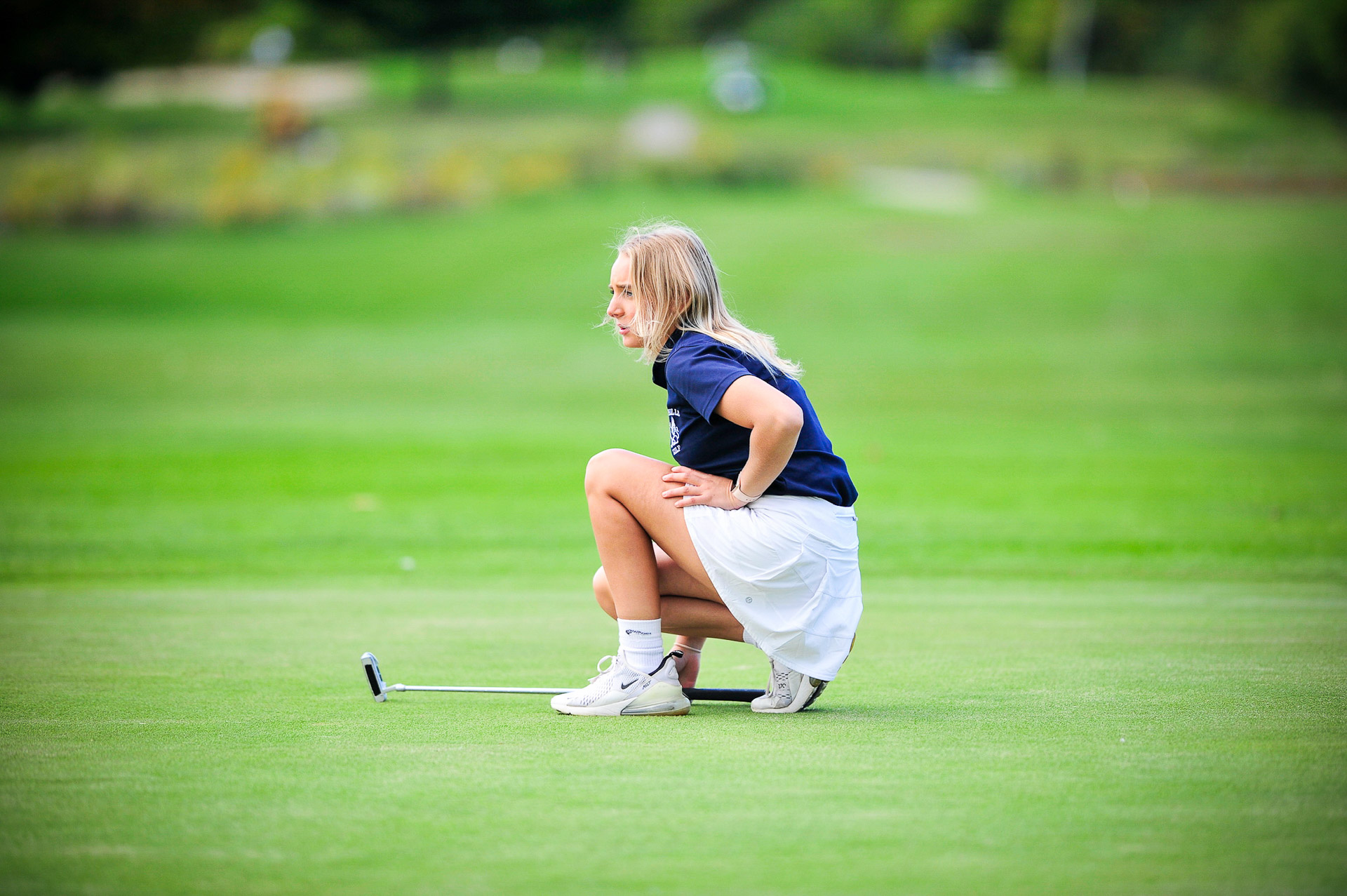 Sarah Horan ’23 evaluates a putt during a Sept. 22 tournament. 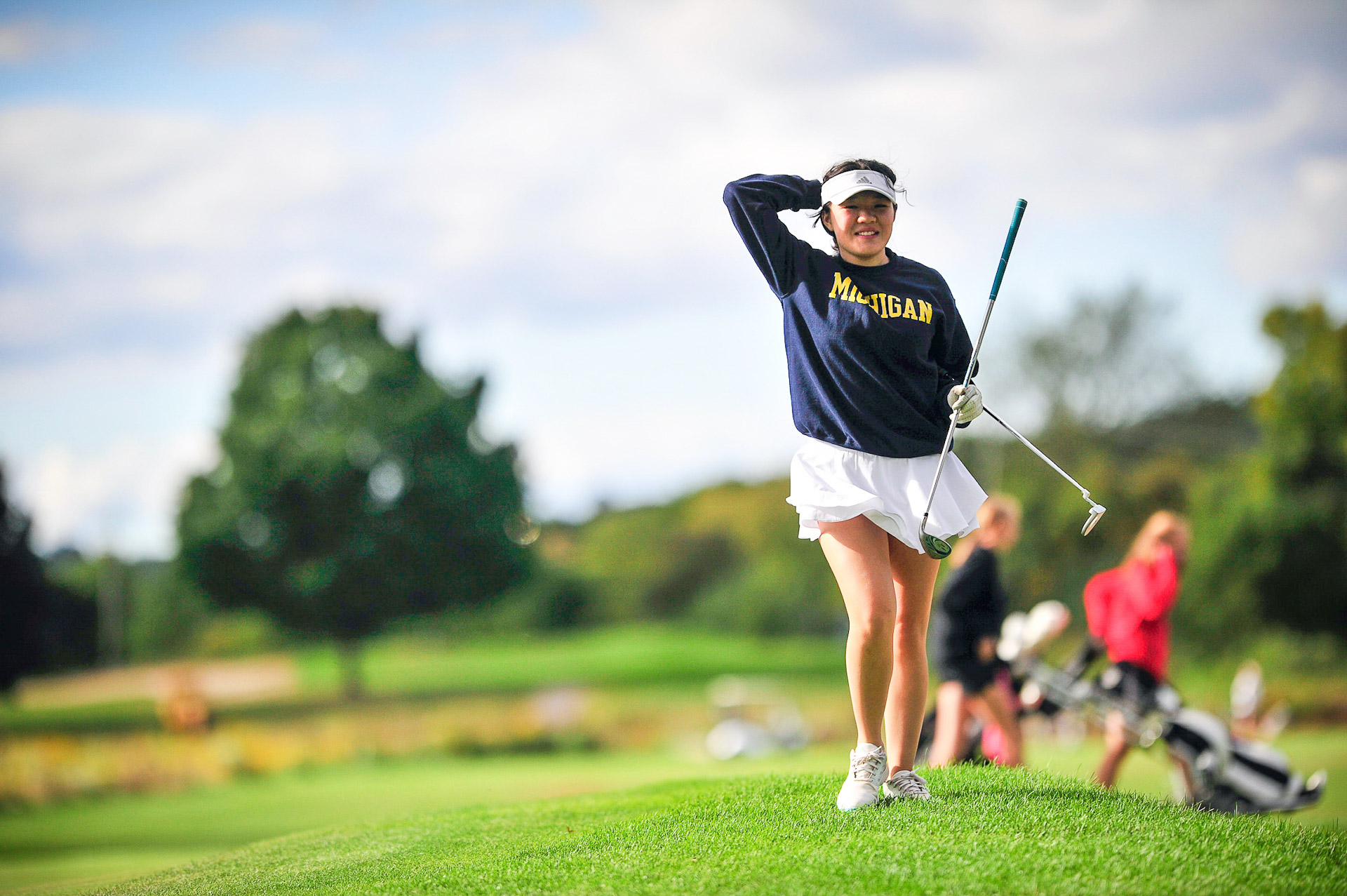