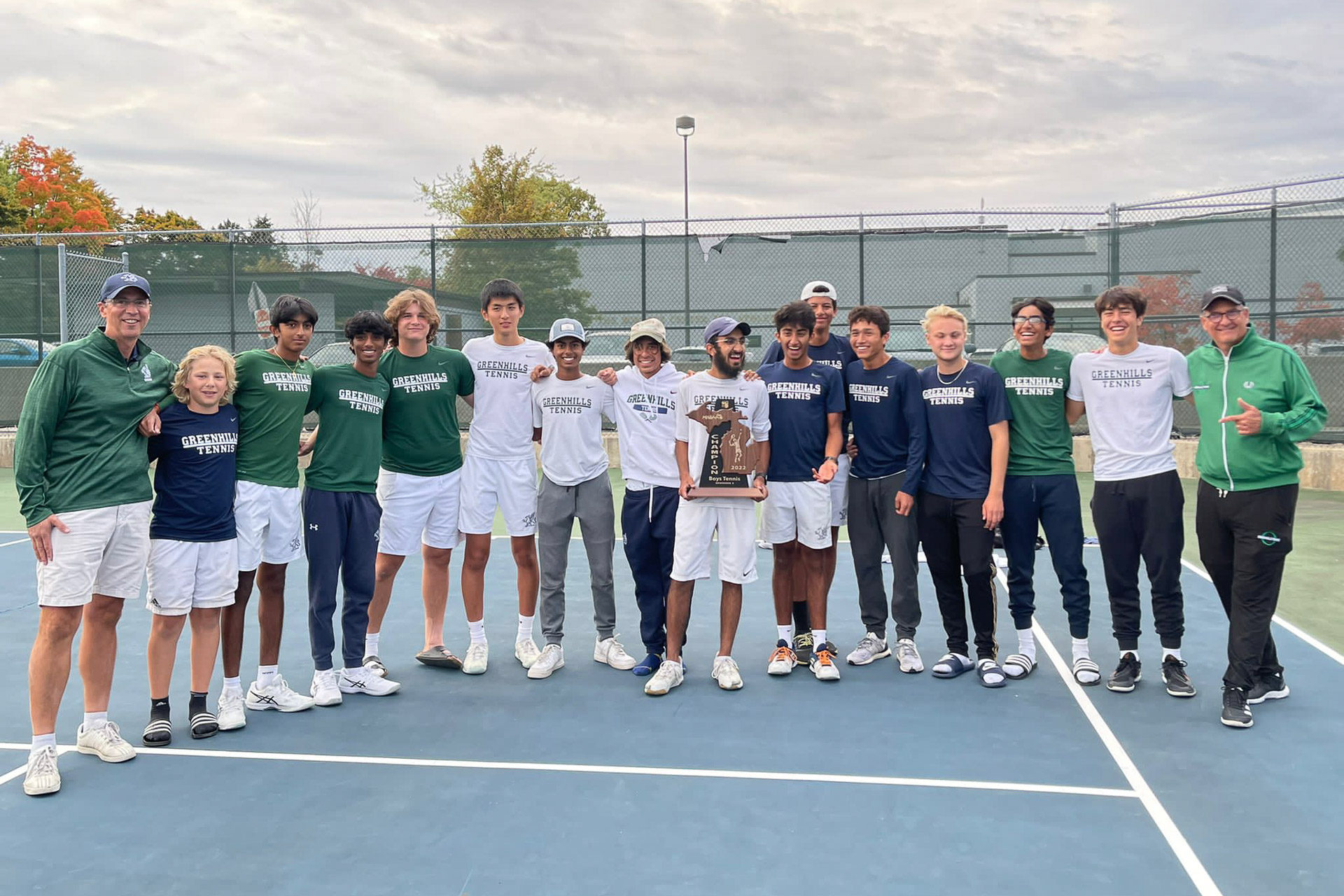 By Matthew Streicher, for The Alcove Student Newspaper

The boys tennis team continued their postseason success last Thursday, beating the number three-ranked team from Detroit Country Day School (DCDS) by six points and clinching a Regional title at home. It was a near perfect day, as the Gryphons captured seven of eight flight championships, while reaching the finals in the eighth. This win was another symptom of the team’s building momentum, as the weekend before, they had won the Catholic League Title to advance to Regionals.

The win also marked another milestone in the Gryphon’s dominant season.

The individual podium was another huge win for the Gryphons, as it featured 11 players from the squad. Chakor Sankaran-Rajendra and Rishi Verma at number 1 and number 2 singles, Kabir Sankaran-Rajendra at number 3 singles, Mustafa Zirapury and Alex Ye at number 1 doubles, who took home the last set of the day, fighting off a match point to comeback and win, Ismael Metwally and Lucas Nor at number 2 doubles, Arjun Prabhakar and Dylan Carvette at number 3 doubles, and finally, Charles Branch and Ajay Purohit at number 4 doubles. This list is extremely promising for the team, as it shows clean and complete play from players of all grades, including one freshman, Charlie Rich, who was a finalist at four singles. 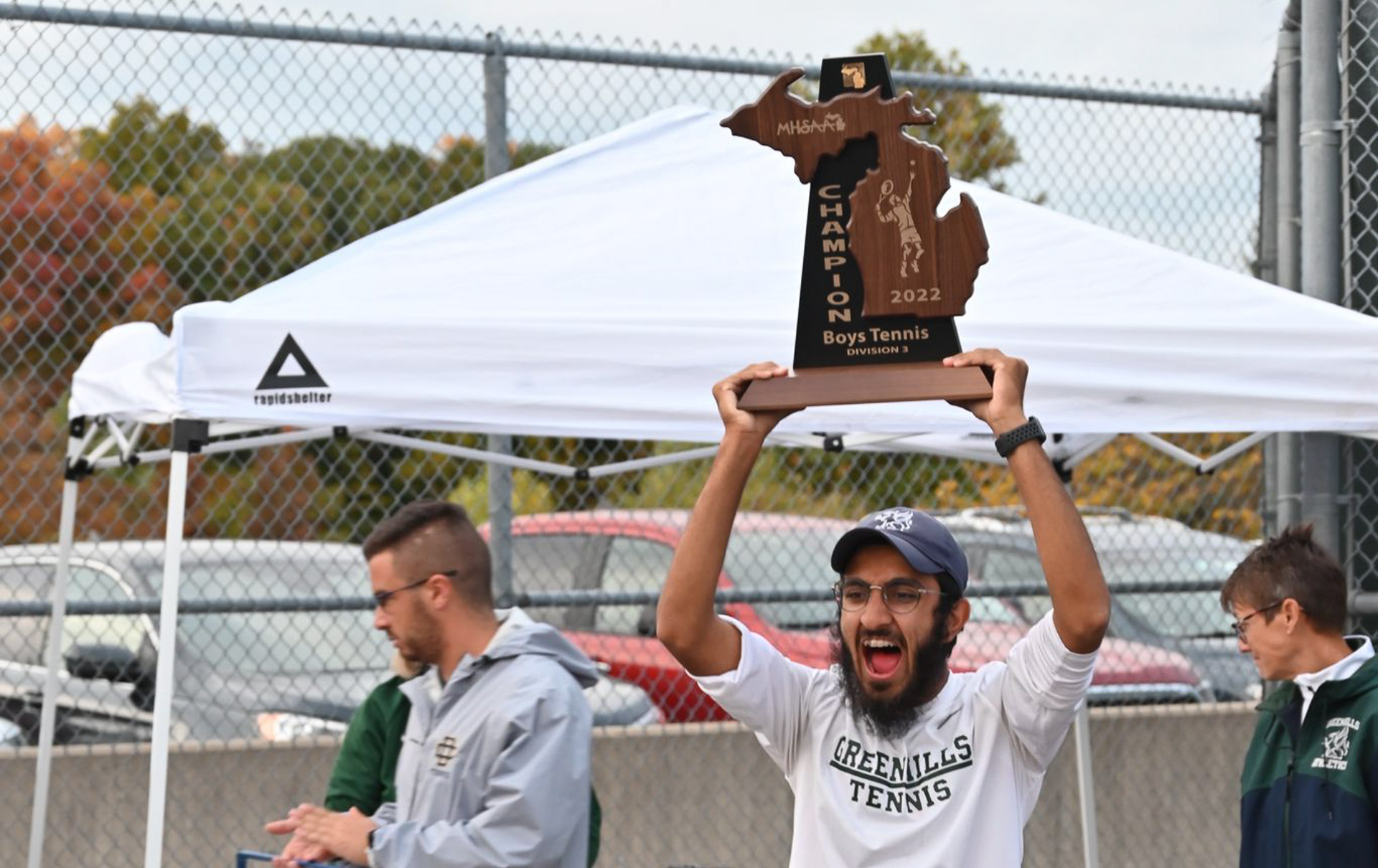 This win isn’t anything new in the grand scheme of things for the squad, as this is their (15th consecutive regional championship – insert regionals statline here). They’ve been a dominant force for the past 12 years, and don’t show any signs of slowing down. Reloading with new talent every year has become a constant process in the past few years. Mert Oral, the consensus best player on the team for multiple years running, graduated last year, but still, the Gryphons managed to pull out yet another League Championship in their conquest of the State.
Now, the Gryphons look to the future, as they have yet again earned a state championship berth, and hope to bring home one more trophy for the ever-expanding case.

The comeback by Zirapury and Ye was no doubt a huge confidence booster for the pair and the team, as they head into the last leg of their journey this week.

The team will head to the MHSAA State Finals October 14-15, and will hope to return home a few pounds heavier with a State Championship trophy on Saturday.